He turns 30 in August. The same age Jesus was when he started to cook. Miracle Number One…CHECK!

Whats that? You laugh? “Dont be silly, KFC!” “This is all nonsense.” Oh really? Well Tim Tebow’s strength and conditioning coach is named TANNER MIRACLE.

Still not sold? Still dont believe theres some Divine Intervention at play? The guy Tim Tebow hit a home run off of was Domenic Mazza. He was drafted in the 22nd round. Pick number? 666. Origin of the name Dominic/Demonic: Derived from the Latin Dominicus meaning “belonging to a lord.” Straight up owned by the Lord and Savior Tim Tebow.

So you can go ahead and plan the fucking Parade for a Mets World Series and more importantly we can start a whole new religion because The Second Coming is here and he’s a New York Met.

Get your shirts, join the Mets bandwagon, and save your soul. I Dont Believe In Jesus But I Believe In Tebow 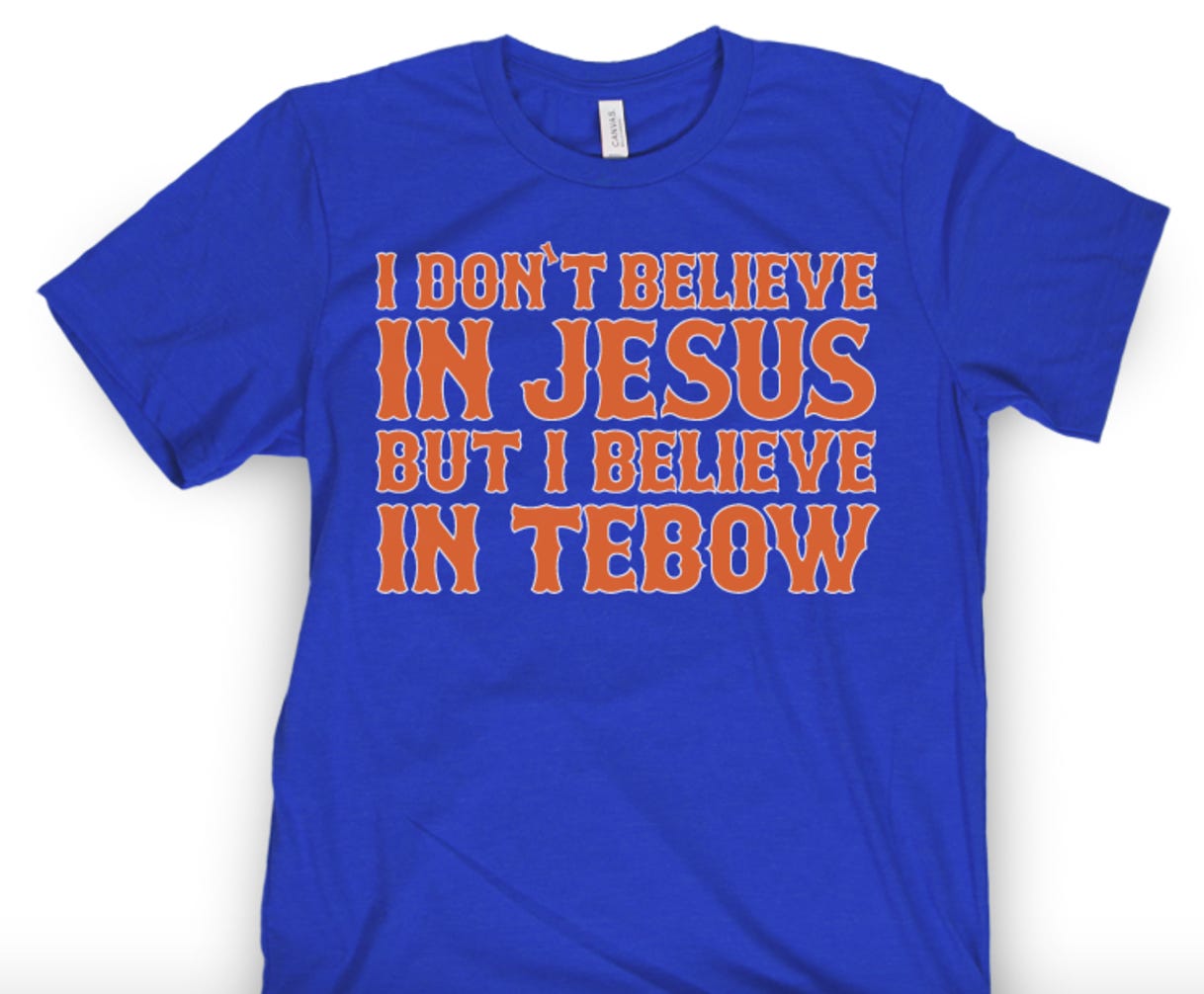