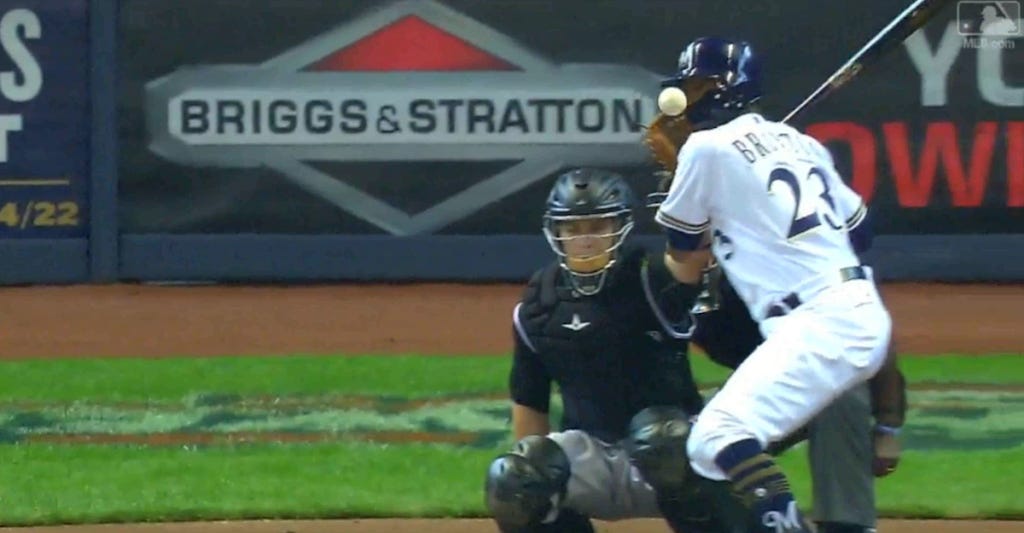 We see this at least a handful of times a year, but it never gets any less scary. Brewers centerfielder Keon Broxton took a 93 MPH fastball to the face in the second inning of today’s game against the Rockies, and was able to walk off the field on his own power and even smiled heading back to the dugout, which was a great sign to see.

A lot of times, we see guys take a pitch to the face, and they come back with a face guard attached to their helmet, but Broxton already had one there and it might’ve saved him from even more damage. He walked off the field with a bloody nose, so we know that’s where it got him, but it’s hard to tell if it was the pitch, the face guard, or both that caused it. I’ve watched it back a few times, and it’s difficult to see if the pitch got him directly in the nose, or if it hit the face guard and pushed the guard into his nose? I can’t really tell. Either way, it looks like the guard at least caught a little piece of it, so he lucked out there. Would imagine he’s day-to-day.