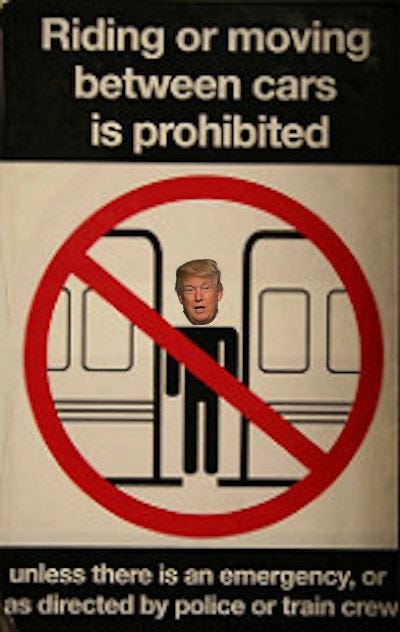 NYDN- President Trump used to be a subway surfer. Long before his real estate days and White House aspirations, Donald Trump apparently used to “ride between the cars” when he took the subway to school in Queens. Trump made the lighthearted revelation while boasting about how well he knows the subway system in an otherwise serious-toned interview with The New York Times on Wednesday. “I’d take it from Jamaica, 179th Street. Jamaica, right? To Forest Hills,” he told the newspaper. “I understand the subway very well. I used to ride between the cars.”

I hate to call the President of this here great country a liar, but he is a liar. There is nooooo fucking way Donald Trump used to subway surf back when he was a kid. There are a few types of people that ride between the subway cars. You have your prototypical bad boys, which Trump doesn’t really fit into. You have your junkies (drug and/or adrenaline), which clearly isn’t Trump. Street performers and everyday show offs fit the bill, but don’t fit the Trump criteria. And finally you have your homeless/weirdos that don’t know which way is up or that they are even on a train, which is DEFINITELY not Trump. And the thing about all those people is that you know them when you see them (or in the homeless case, smell them).

However, if by some chance this was true, I could see years of renegade subway surfing being the cause of The Donald’s infamous hair situation. Years of taking on winds at high speed could definitely lead to this: 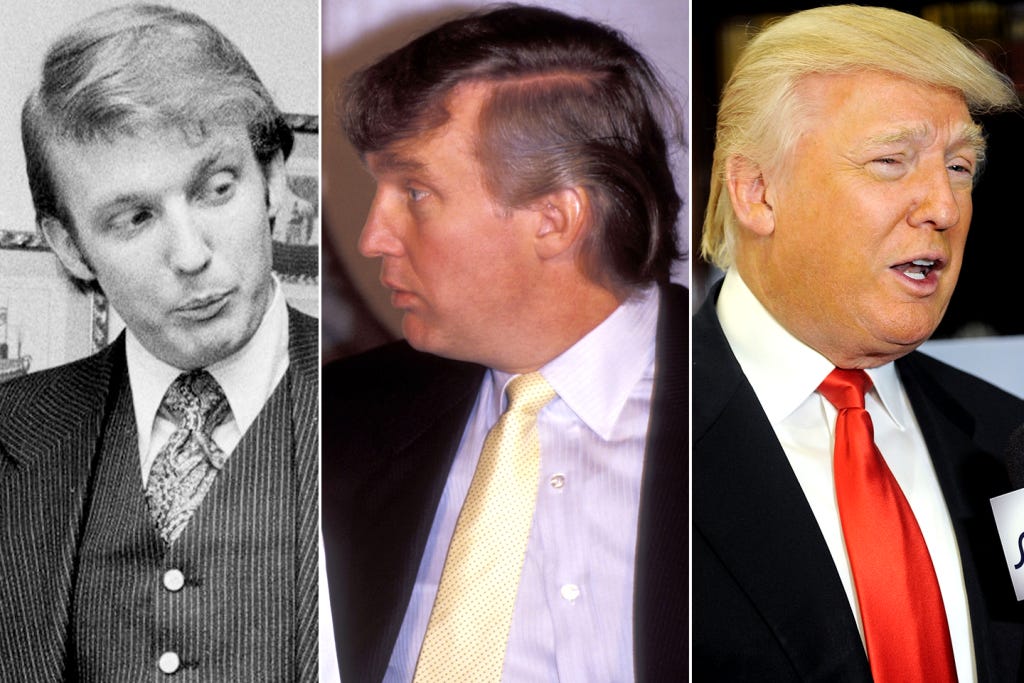 Actually it kinda makes perfect sense now that I think about it. But I’m still going with a hard No for Donald subway surfing. I gotta trust my considerable gut on this one and I just don’t sense that bad boy or DGAF gene in Trump necessary to pull such a move.