That video was some creepy shit. The IT trailer came out last week and this was 10x worse. I don’t know if I’ll be able to take my daily late-afternoon nap, let alone sleep at all tonight.  What happens at this club is what I’d imagine would happen if Cousin Yuri gave 50 Shades of Grey a steroid or two. Thank God they never responded to my email when I applied to join. I would’ve either had the time of my life or left within 30 seconds. It’s hard to tell going in lonewolf.

I’m gonna start off by saying these girls all seem to be waaaaaay out of my league, like Alice Eve-type Out of my League. That girl on the right at the 8 second mark…God Bless. Now to the weird shit.

I’m almost positive this dude’s mask is that of Baphomet. Baphomet is what Knights of Templar and other cults are said to worship in the form of a Satanic Idol . So I’m gonna take a very hard pass on that one. This experience is probably intimidating as fuck from square one then you have to throw in Satan? I’d rather just call a hooker and watch the Friday the 13th series all the way up until Jason goes to Space.

Yup, this is just about what I pictured the founder of SNCTM to look like. That dude is so hot that he probably had to succumb to these rituals to keep his sexual drive going. 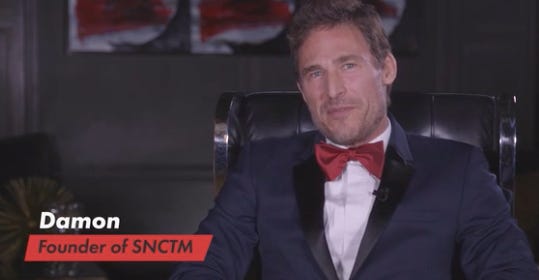 Are these girls below supposed to be imitating Tuscan Raiders on Tattooine? I’m all up for a little Star Wars roleplay, but imagine if there were no cameras and everyone got to dress and act normally- that’d probably be pretty cool. I’m sure it would make for a fun time for all ages. 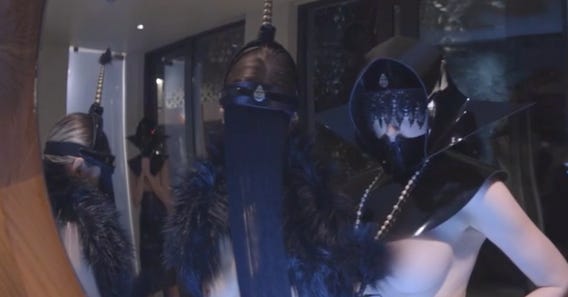 As weird as this shit is, I’ll tell the truth when it’s needed. Wendy’s 4 for 4 can fuck right off. 4 bucks for a burger, nuggets, fries, and a drink is solid and all, but 75k a year for a VIP membership is a fucking STEAL. My only conundrum is what the fuck am I supposed to do with the silver medallion? Not like I can flaunt it around considering this is a secret sex party. I can’t go grab dinner at Outback Steakhouse while flaunting my one-of-a-kind SNCTM medallion. Might as well just wear the Baphomet helmet to enjoy a a Bloomin’ Onion. 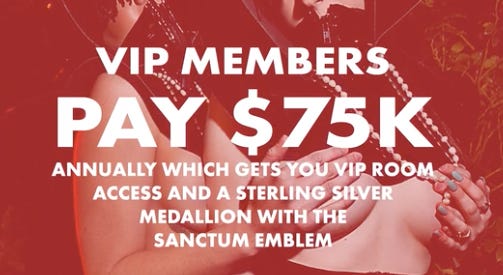 Yup, this is what I was afraid. It’s all fun and games until the creepy sex people start impersonating religious practices as that’s full-on religious hijinks going on below us. I haven’t dabbled in Church in quite some time but I know I’ve seen the priest walk down the main aisle with a thing that looks just like that multiple times in my life. 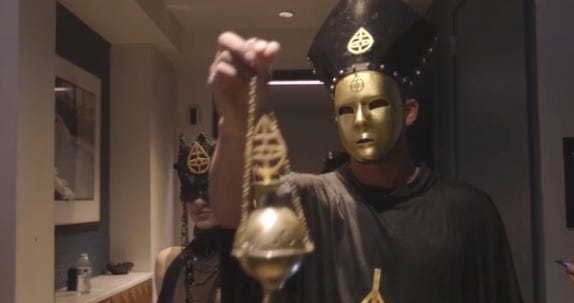 This priest guy may be a weird fuck but good for him getting those hands dirty. 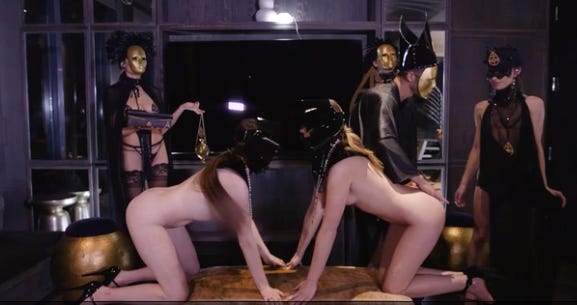 Ehhh the one-time price isn’t too shabby as well. I’m sure you can get a high-class hooker for around $5500-$700 so why not spend an extra grand to go to the Sex Party (if you’re into it). Also, if you bring a girl to these types of things Fuck You. Should probably take the hit on the extra $375, go in solo, and see where the night takes you. Just look at Josh- Prowling wolflike around the sex party at a downtown hotel, hopeful guest Josh (who doesn’t want his last name mentioned) goes from black-lingerie-clad girl to black-lingerie-clad girl, asking for French kisses. The 26-year-old Russian gets lucky a few times, but has a consolation prize for those who reject his advances — he hands them his business card, which boasts his job title of “chief technology officer” and a swank address on Park Avenue. The ole get denied and drop your business card move on ‘em. That’s worth the $1,875 right there. 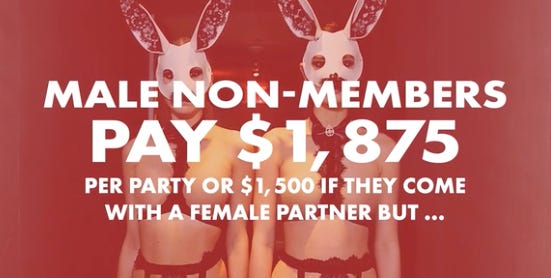 “The aesthetics of the people we allow into our club is very important to us.” Damnit 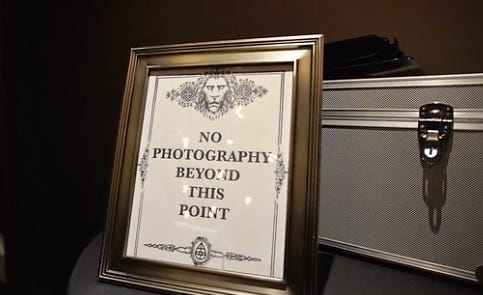 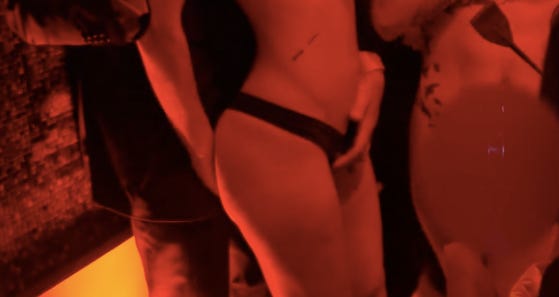 That’s really all the inside info NY Post gave the public. This has kind of inspired me to make my own sex party. If I ever get enough money, look out for one hosted by me that’ll sponsored by Budweiser at a rooftop pool in Manhattan. Until then, enjoy SNCTM. 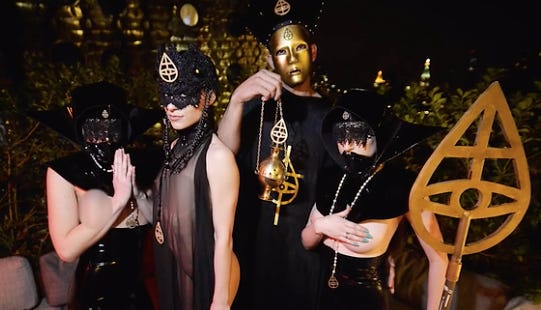