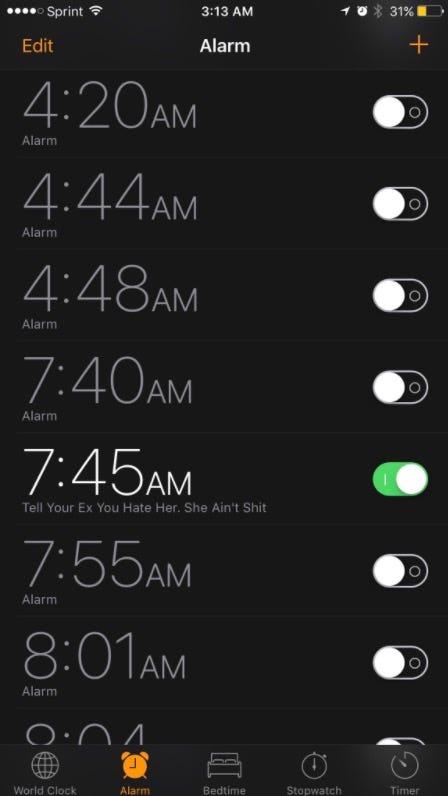 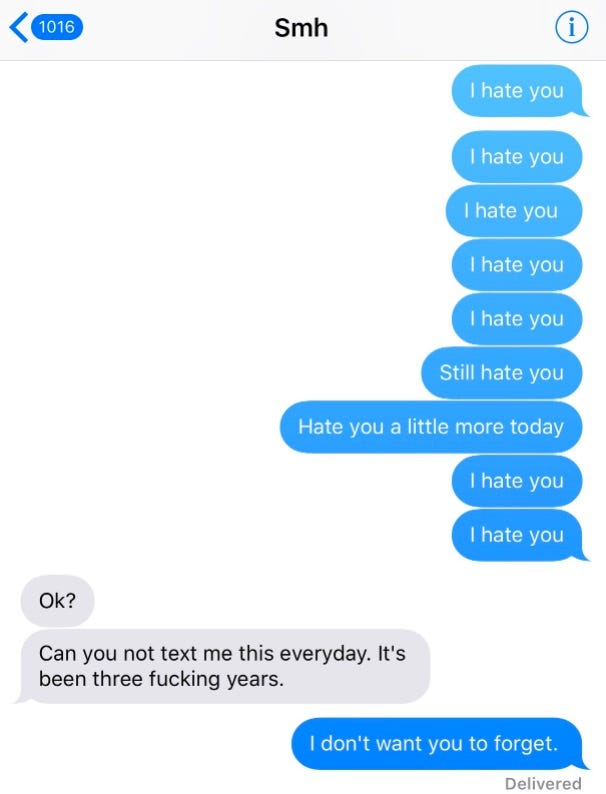 So this is one of those *eyebrow raised* things going viral where you know there’s a decent likelihood a person concocted it for attention. And to me it seems like he’s stretching the truth a bit, I’m sure he didn’t text something shitty everyday for three years…but this ABSOLUTELY seems like the kind of dude who’d text angry things here and there for three years. You see all those fucking alarms? The 1000 unread text messages? These are not the habits of a healthy human being, and I say that as an expert in the field living it every single day. Would I bet my life this kid texts something along the lines of “I hate you” every single day? Probably not, I’d have to imagine you get blocked by I dunno month four of it. But could he sprinkle them in here and there for years as some jilted kid with weird OCD tendencies? Possible. Very possible.

At the same time though if this dude did this for real that also 100% should be some sort of crime. I mean yeah she’d be an idiot for not blocking the number at a certain point but no one deserves to get hit with texts all the time for several years. There’s nothing worse than when someone keeps hitting you up and you’re like “No come on you can’t be this nuts, stop hitting me up” and then they do the “Well maybe you shouldn’t reply” shit and all of a sudden you’re stuck in some unwinnable situation. When you argue with a fool, onlookers can’t tell the difference and that goes double with people sending screenshots around willy nilly these days.