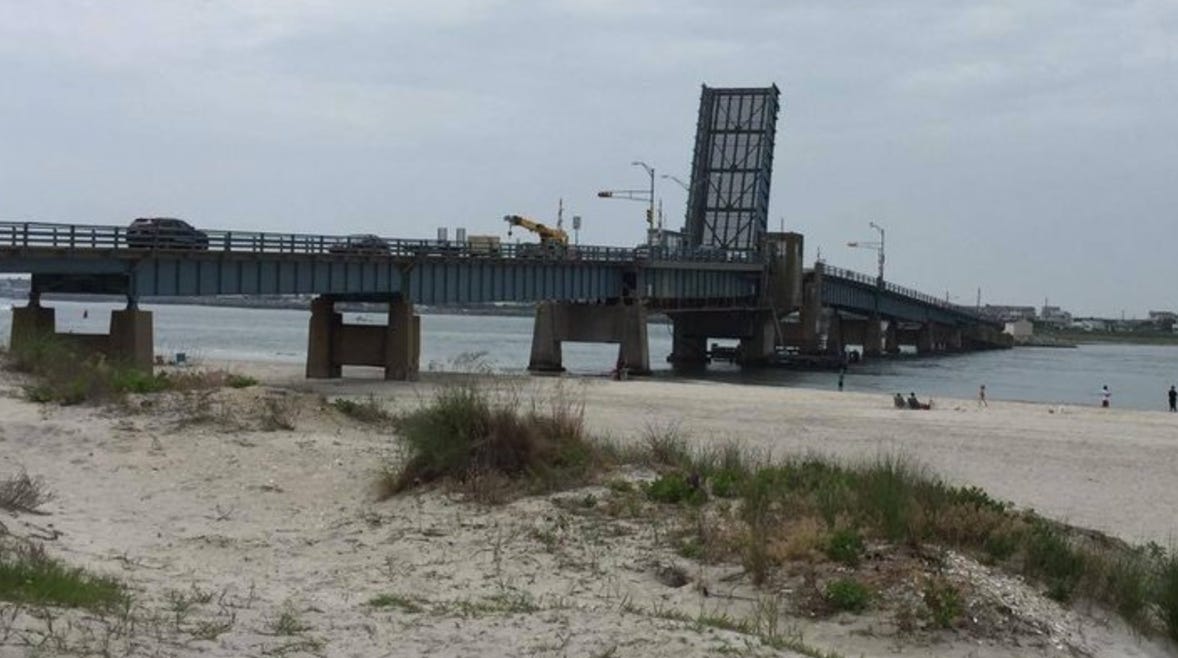 PV – Sea Isle City officials said Monday the bridge connecting Townsends Inlet to Avalon would be closed for repairs. The closure is indefinite, as Cape May County engineer Dale Foster announced a crack had been found in one of the supporting piers 20 feet below the water. Plan moves forward to extend Sea Isle City Promenade for cyclists and joggers “Unfortunately, the bridge will be closed for an indefinite period of time because of the equipment and materials needed to make the repairs and the conditions in which the contractor will be working,” Foster said in a press release. The crack was discovered by a diver surveying the support for the bridge in anticipation of repairs scheduled for 2017 and 2018. The bridge, which has a one-way toll of $1.50 for drivers going from Sea Isle to Avalon, was built in 1940, according to The Press of Atlantic City. The bridge had been closed every winter from 2012-15 because of ongoing repairs, and its reopening for the summer season in 2015 was delayed all the way into late June because of corrosion on the bridge. Once again, drivers traveling between Sea Isle and Avalon will have to either use Route 9 or the Garden State Parkway.

This is an issue for mankind. Sweet infrastructure there, Jersey. Now every warm blooded privileged American will be having Dennis Reynolds levels of traffic road rage everyday over the Summer on the Parkway.

The perfect solution: Leave the bridge open for only those who wish to travel out of Avalon into Sea Isle. If the bridge should fall, anyone who leaves civilization for carpeted dive bars, 302’s, fights ahoy (may/definitely related to the 302’s), two 70-year-olds jamming out to Bruno Mars, and/or Delco Humpbacks beating cheeks on the beach…in broad daylight (see below) might have had it coming to them. And I, sadly, may be one of the degenerates who perish if I come out of my self-imposed SIC retirement. Gotta love those sights, sounds, and smells of Sea Isle City, baby!

Put that puppy on the official SIC postcard and call it a town. FYI: That happened on a Sunday. At 4pm. In front of families in broad daylight. I don’t care if that is their natural habitat, at least they could’ve done is wait till nightfall or go back to their shanty and get it on in their outdoor (only) shower. Not to mention beach sex has gotta be one of the most overrated things in the world. A sandy vagina is no friend to any man. I can’t imagine having intercourse in the dirty Jersey waters. The amount of pollution, disease, piss, and puke being thrusted deep inside should instantly shut down the most robust immune system. Closing the bridge may be a blessing. If you need me I’ll be Cooler By The Mile defending my title at Pirate Island.