@jerrythornton1 Phill Simms shitting himself and driving Nantz out of a live shot was the final nail in Phill’s coffin. pic.twitter.com/DpsUXEc3G1

This is it. This was the moment when Phil Simms blew his broadcast career. Literally. In Jim Nantz’ face. There was no coming back from this moment. Jim Nantz didn’t claw his way to the top, doing Super Bowls, NCAA championship games and being cock of the walk down at Butler Cabin every April just to sit there and have to endure the ass gas of some easily replaceable droid like Phil Simms. 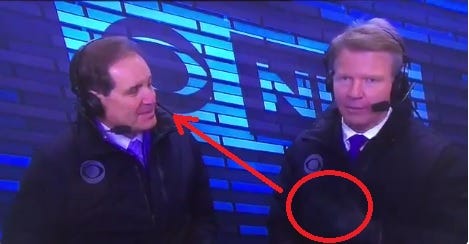 Frame 21. Nantz doesn’t know what hit him. He’s paralyzed from the third thoracic vertebrae, up. “I think it’s warmed up though, Jim,” says Simms. 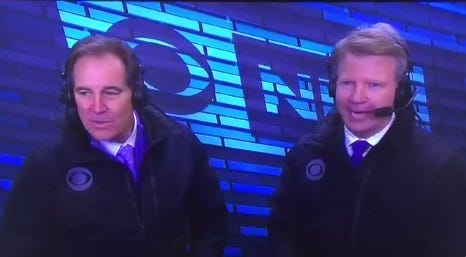 Frame 28. Stinkeye, in the most literal definition of the word, as Nantz realizes what has happened. “Let’s talk about the atmosphere of the game.” 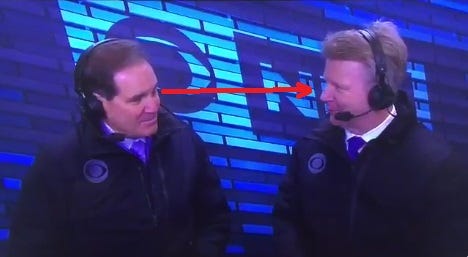 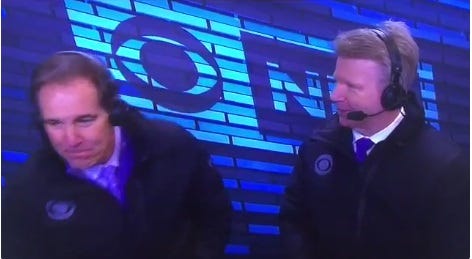 You can get away with a lot in a broadcast booth. You can kiss every NFL coach’s ass, deal in cliches, refuse to criticize any QB ever and just generally be a guffawing babboon. But goddammit, you do not survive farting on Jim Nantz. Not ever. That’s the price of sitting next to this great man. Let this be a lesson to you, Tony Romo.