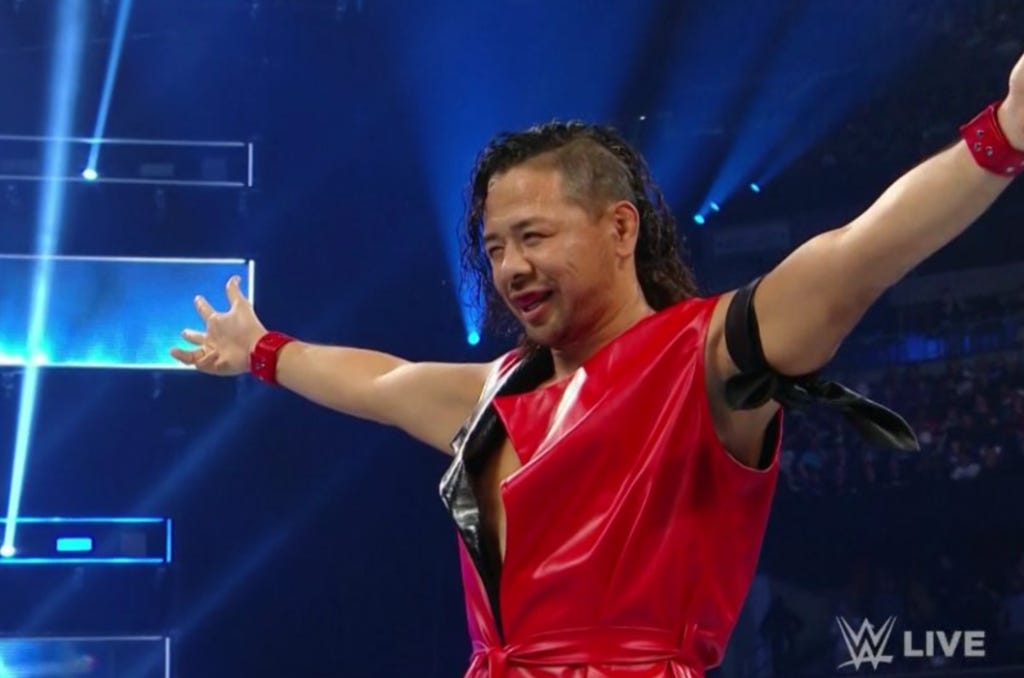 After what feels like a month of 208483430821 shows, WrestleMania week is over. I’m not saying how long is felt was a bad thing, because I loved the graps, but it was pretty fucking exhausting. Last night was our first Tuesday SmackDown after the Show of Shows, and just that one added night felt like a lifetime more. I wonder if having two “RAW SuperShow” episodes with both rosters the nights after Mania and SummerSlam would be a better route, getting to the fallout right away, or if that’d lessen SmackDown and make it seem like it’s undeserving of it’s own fallout show. I’m not really sure, but the idea is worth thinking about.

The show opened with Randy Orton, the new WWE Champion, who actually got some shit from the crowd. I don’t know if that was because they were trying to be smarky, if Orton’s finally getting backlash for being on cruise control these past few months, or if they were just super pro-Bray Wyatt, but it was interesting.

Bray Wyatt challenged Randy to a “House of Horrors” match, and he accepted without knowing what the stipulation is. We still don’t know, so Bray could say the stip is that Randy loses the title whether he wins or not, and it’d stand. I mean, Orton’s a fuckin’ idiot for accepting. Bray Wyatt filled the ring with projections of bugs and shit at WrestleMania, who knows what the crazy bastard has in store for this match.

Randy was attacked after a short brawl with Bray, and David Otunga was perplexed as to who the 6’8″ bald man in a jumpsuit with a long red beard was, until he removed his mask and *gasp* it was obviously fucking Erick Rowan. C’mon Otunga. Be better than that. Luke Harper, who has hated Randy Orton since September, came to his aid, because babyfaces! A tag team match was officially set for later tonight, playas. Holla holla.

Naomi had to defend the SmackDown Women’s Championship she just won at WrestleMania against Alexa Bliss, and retained. This was easily the best match they’ve had together. The crowd was very into it and the chemistry was clicking with every sequence.

Curt Hawkins was out next, and he issued an open challenge to anyone in the locker room. He said “I’m gonna give ya till the count of ten” and, well…

Tye Dillenger! The Perfect 10! If you’re not an NXT fan, you’ll remember Tye as the tenth entrant in the Royal Rumble this year. Both “debuts” were handled perfectly, and I think this is just the start for Tye, who’s come a loooooooonnnnnnnnnng way since being Stan:

Following their original “Total Bella Bull****” segments, which were wildly praised for being so hilarious, The Miz and Maryse granted us with a live version that was just as good. John Cena and Nikki Bella are going away for a while, and this was a great way to deal with that. It also set The Miz up for another really high profile feud, when the King Of Strong Style had heard enough about the Queen Of Strong Style.

He came, we sang, he left. That’s all you needed for Shinsuke Nakamura’s debut. Just electric as fuck. Shinsuke is a 2x NXT Champion, who’s been with the WWE for a little over a year now. The majority of his work took place under New Japan Pro Wrestling, and he’s always in the discussion of best big match wrestlers in the world. Other than the big matches, he usually coasts by, but almost everyone that’s even slightly high up on the card is a dream match for him. I’ve been tweeted about wanting to see Shinsuke Nakamura vs John Cena for a long time, and now that’s possible, and actually very fathomable. Insane. Watch Nakamura vs Zayn from NXT TakeOver Dallas or Nakamura vs Kota Ibushi from WrestleKingdom 9 to see him on his A-game.

Shane McMahon discussed the “Superstar Shakeup” taking place next week, and his WrestleMania opponent Shane McMahon said that SmackDown Live was the house that he built, and didn’t want to leave. He also shook hands with Shane, and teased beating him up, but this should really be the start of a face turn for AJ. He’s been doing the best promo work of his life recently as a heel, but everyone still loves him, and with Cena going back to an on and off schedule, SmackDown needs a top face. AJ Styles has the Finn Bálor appeal I spoke about yesterday, where he can be a face people actually like. The fact that in 2017 that’s a rare thing in the WWE stinks, but you can’t do anything about it but play into it.

Here’s the graphic used to advertise this match during the show: 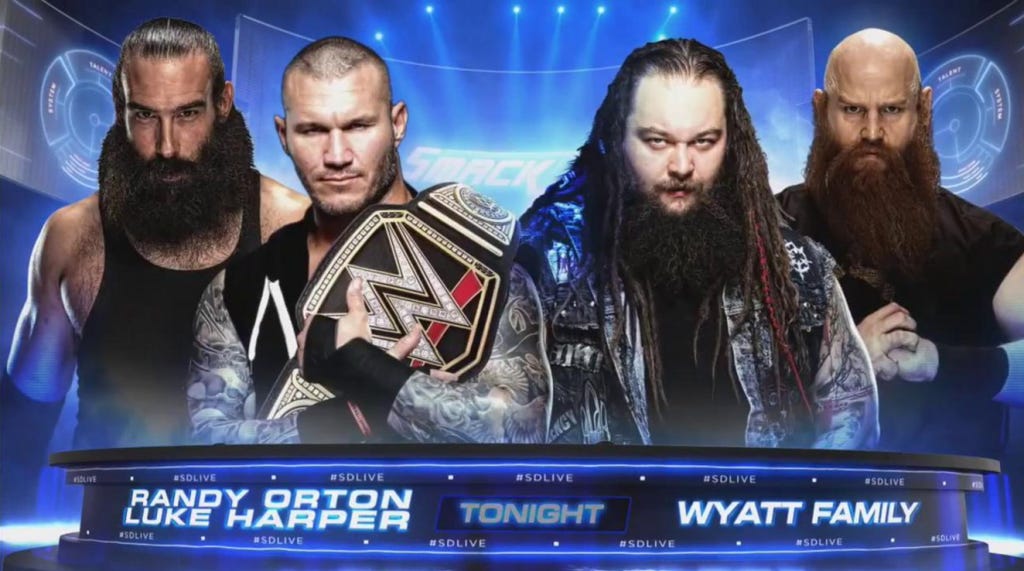 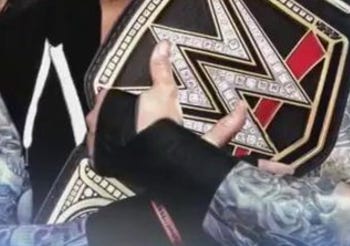 This match fell flat for me, and it could have been because it was the last segment of a long weekend and I was tired, but I just don’t care for any of these people right now. I think the feud with the wand leading into Mania stunk, their match at Mania stunk, and now we’re headed towards a Luigi’s Mansion Match or something. It would be much more acceptable if the WWE Championship was apart of another blog, but involving it in the spookiest personal feud is lessening that title’s value for sure. Bray lost his team the match when he disappeared onto the middle of the entrance ramp, and the show ended on that weird note.

While not as exciting as RAW, SmackDown delivered last night, and was able to keep that exhausted crowd energetic throughout, which is the most impressive accomplishment of the weekend…other than 47 year old Shane McMahon doing a shooting star press.

Thanks for reading this week’s recaps. Now go and seek out as much Shinsuke Nakamura New Japan material as you can find, listen to his banger of a theme, maybe even his old theme, and get hyped. YeaOH!