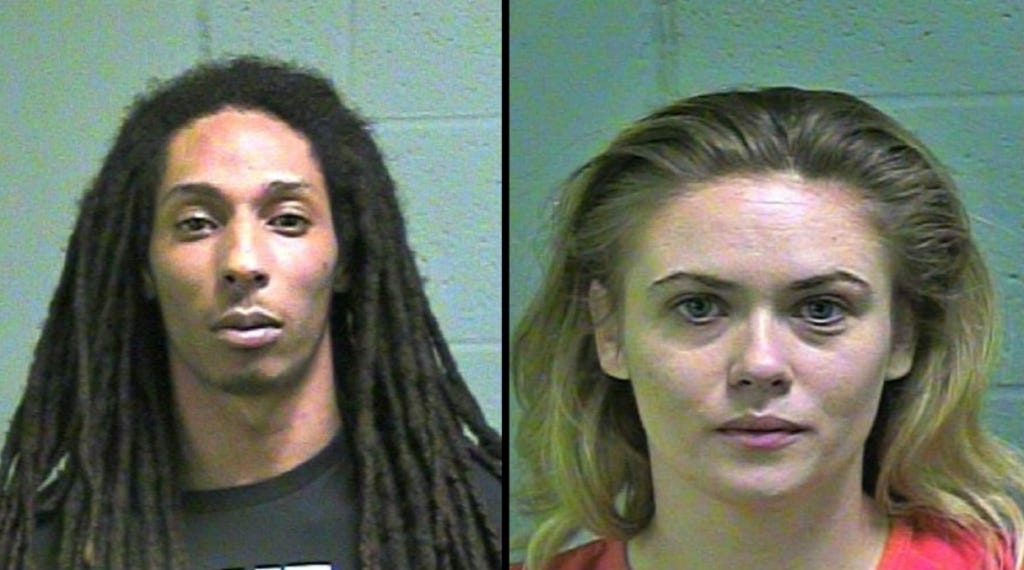 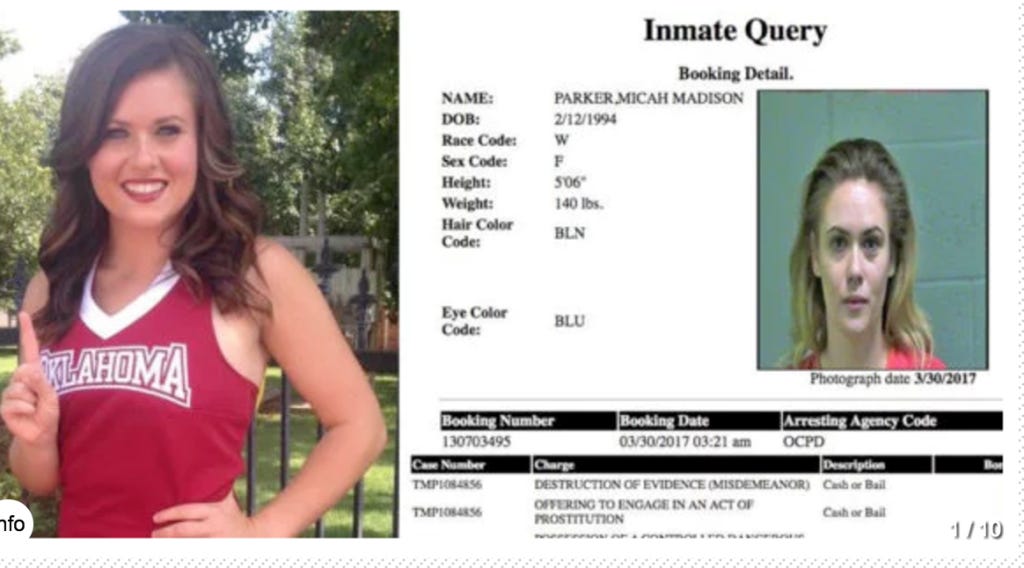 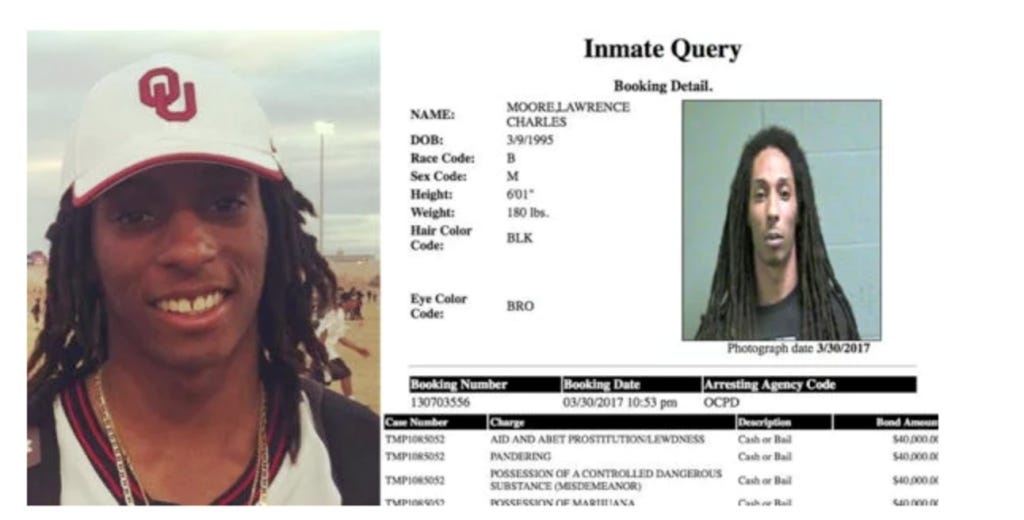 OKLAHOMA CITY (KOKH) – A former University of Oklahoma football player has been arrested and accused of prostituting a former OU cheerleader.

A probable cause affidavit filed in Oklahoma County shows that on March 30 an undercover vice officer made arrangements to meet with a woman advertising sex on Backpage.com. The officer met the woman, later identified as 23-year-old Micah Madison Parker, at the Sonesta Suites at 4361 W. Reno Ave.

Once at the room, Parker allegedly offered sex to the undercover officer in exchange for $200. Vice detectives then entered the room and attempted to take Parker into custody. The affidavit alleges that Parker tossed several cell phones into the toilet before being arrested.

Detectives then searched the room and allegedly found burnt marijuana and a green substance believed to be codeine. Jail calls and social media conversations led officers to believe that Lawrence “LJ” Moore, 22, was reportedly involved in prostituting Parker.

Officers arrested Moore as he later arrived at the hotel to pick up Parker’s vehicle.

Moore, a California native, signed to play cornerback for OU in 2013. He played sparingly for the Sooners his true freshman season before leaving the team. JohnTV reports Parker was a cheerleader at OU during the same season and that she is the daughter of OU’s cheer coach.

What a story for a slow rainy Tuesday afternoon!  Only thing juicier than an Oklahoma cheerleader…and daughter of the coach…being arrested for prostitution?  Having a former Sooner be arrested for being her pimp!  These are the bricks that awesome sports slash smut blogs are built on.  Shout out to Micah Madison for getting that Backpage grind on and helping keep food on the table for bloggers all over this great country, and to LJ Moore for helping us keep the SPORTS in Barstool SPORTS.

Not the most prolific athlete in Sooner history, but hey, he wore the jersey at least. 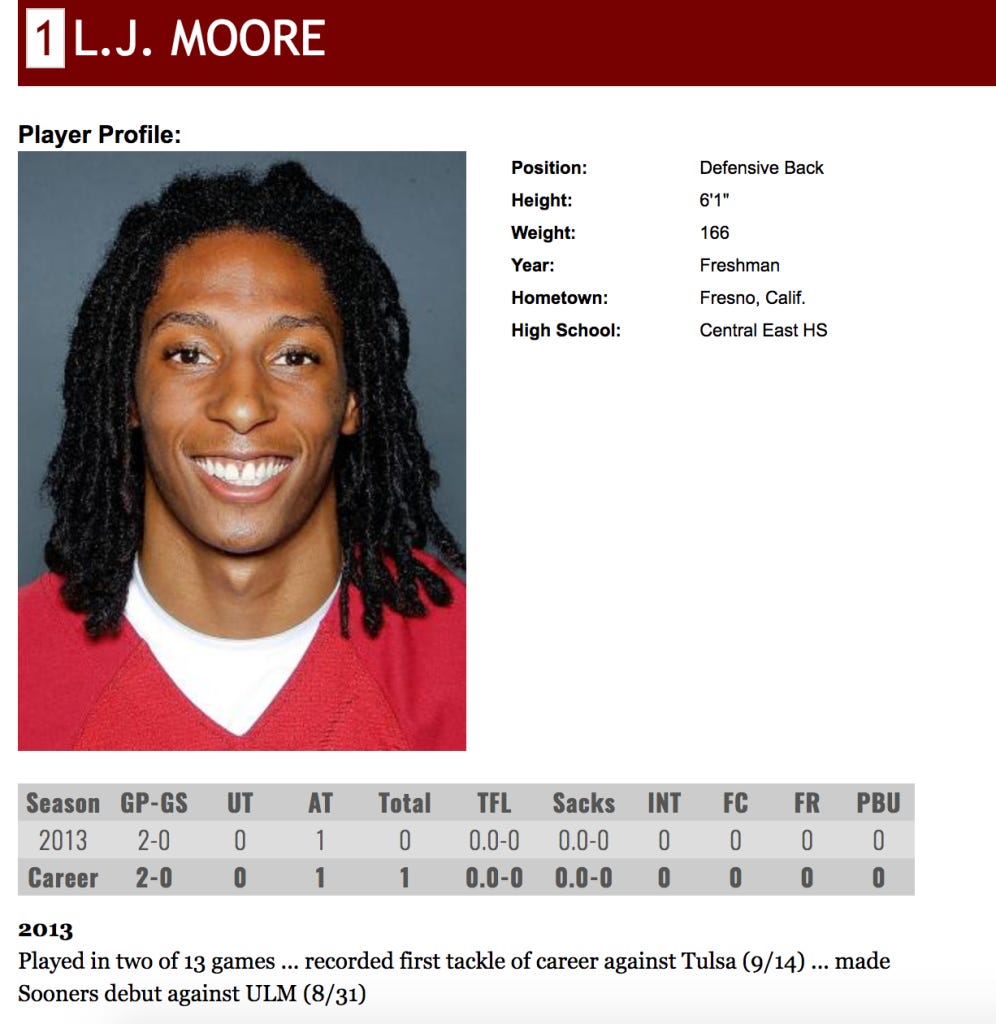 And he kept Micah happy and smiling for her brief-but-noteworthy career in hooking. 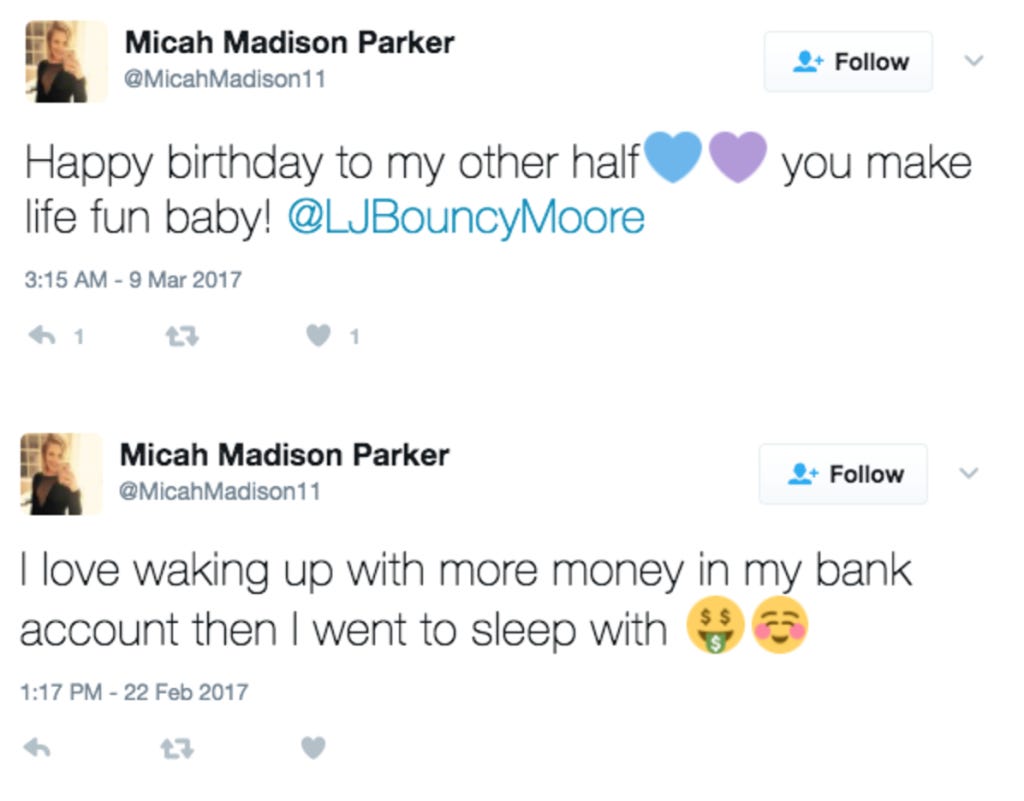