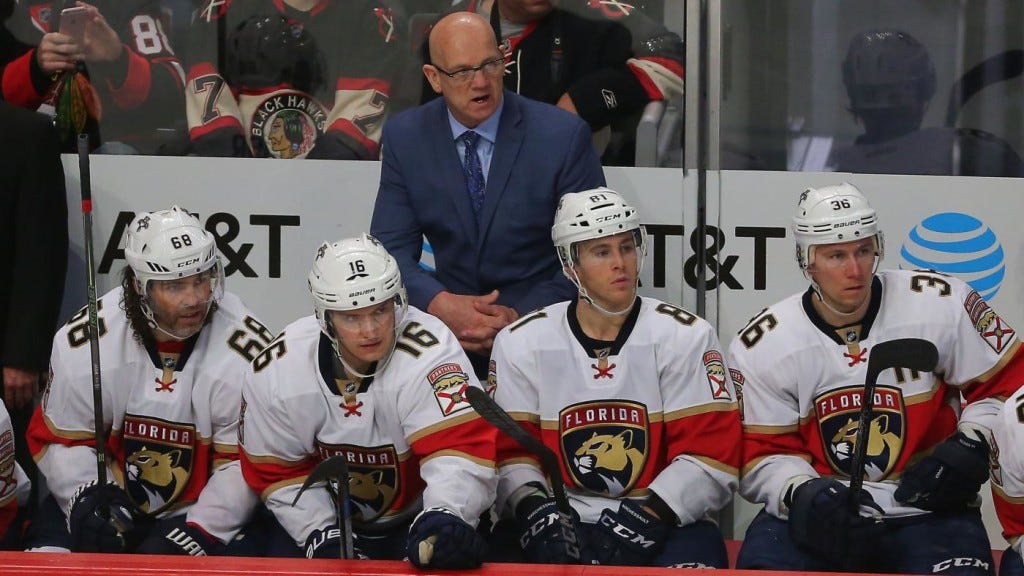 In case you took the 1st half of the NHL season off, let me get you up to speed real quick. It goes back to last season when the Florida Panthers won the Atlantic Division but ended up losing to the Islanders in the 1st round of the playoffs. Tough break for the team but there was plenty of promise with the mixture of young talent and veteran leadership on the team. Especially with Gerard Gallant behind the bench who was a players’ coach and a Jack Adams finalist. Now we fast forward to this year. The Panthers made some management changes and in came Tom Rowe to replace Dale Tallon as the team’s GM while Tallon was “promoted” to an executive position which was just a way to move him out of the way. So the Panthers start the season 11-10-1. Not great but not a god awful start to the season considering there were still 60 games of hockey left to be played. But instead of letting the team figure it out on their own, Tom Rowe fired Gallant after an away game loss in Carolina and that weasel conniving bastard just so happened to hire himself as interim head coach. Since then the Panthers have gone 22-25-10 and are in the midst of a 5-game losing streak to close out the season. Which brings us to yesterday when a Florida Panthers fan had this banner flying around the BB&T Center. 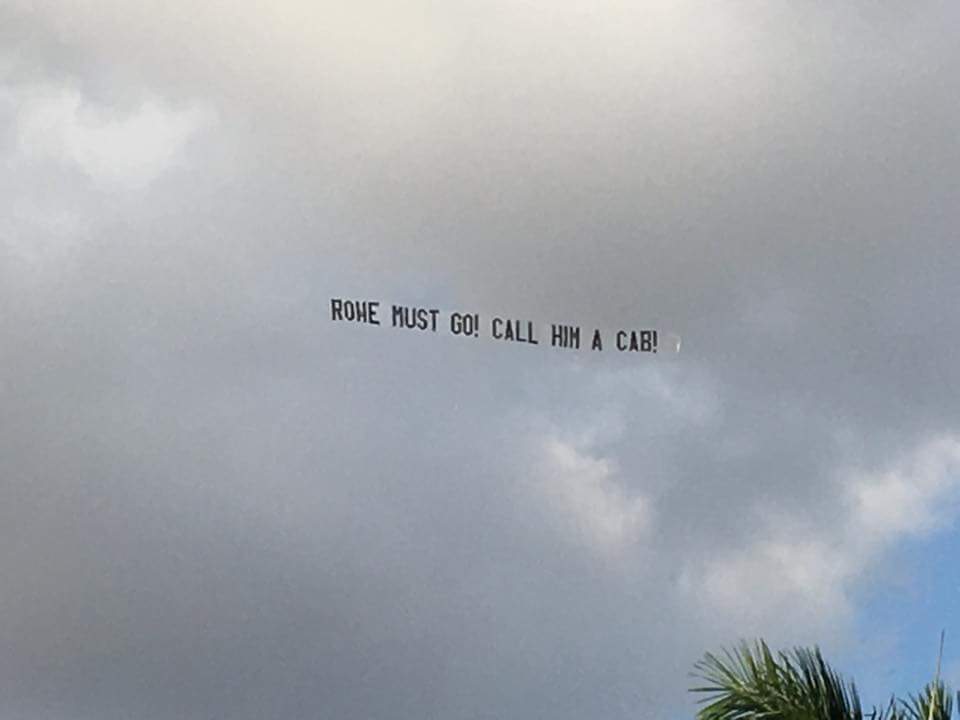 Obviously “call him a cab” is referencing the Panthers just leaving Gallant outside of the rink in Raleigh when they fired him and Gallant ended up ordering his own cab to take to the airport. The Panthers came out and said they offered to get a car for Gallant that night but Gallant being the Hockey Guy he is told them to fuck off somewhere and he’d find his own damn ride. Anyway, why am I writing this blog? Why does a banner flying in Florida that says “Rowe must go! Call him a cab!” get blog time? Well because that shit actually worked. For the first time in the history of these waste-of-money waste-of-space banners, this one actually worked.

Miami Herald – It has become clear Rowe’s days as interim head coach of the Panthers are numbered. Although Rowe previously said he would be interested in keeping the Florida coaching job full time although after this team’s downward spiral, it will not happen…On Monday, numerous sources told the Miami Herald Rowe would not return behind the bench…

…Rowe gave up his general manager responsibilities to Tallon, Steve Werier and Eric Joyce when he took over behind the bench although he retained the job title. With three years remaining and the trust and friendship of ownership, Rowe will be offered a position within the front office.

What an idiot. What a fucking idiot, bald haircut Tom. Forces Gallant out from behind the bench. Leaves his GM job to make himself the head coach. Shits the bed with a roster that is too good to miss the playoffs. Won’t be back as the team’s head coach next season and will be forced to waste away in some made up front office job for the next few years. Talk about your all time backfires.
Meanwhile the Panthers have some options floating around out there for replacements. I think this team is a little too much in “win now” mode to take a chance on somebody new. So the obvious choices would be to go after Ken Hitchcock or Michel Therrien. Jack Capuano is also out there but I’d assume he’s option C at best. But it’s definitely a good call on Florida’s part to get Rowe out of there as soon as possible so they can get their guy instead of waiting until next season to fire him and losing their Option A to Las Vegas.
@BarstoolJordie
florida panthers+ 6 Tags