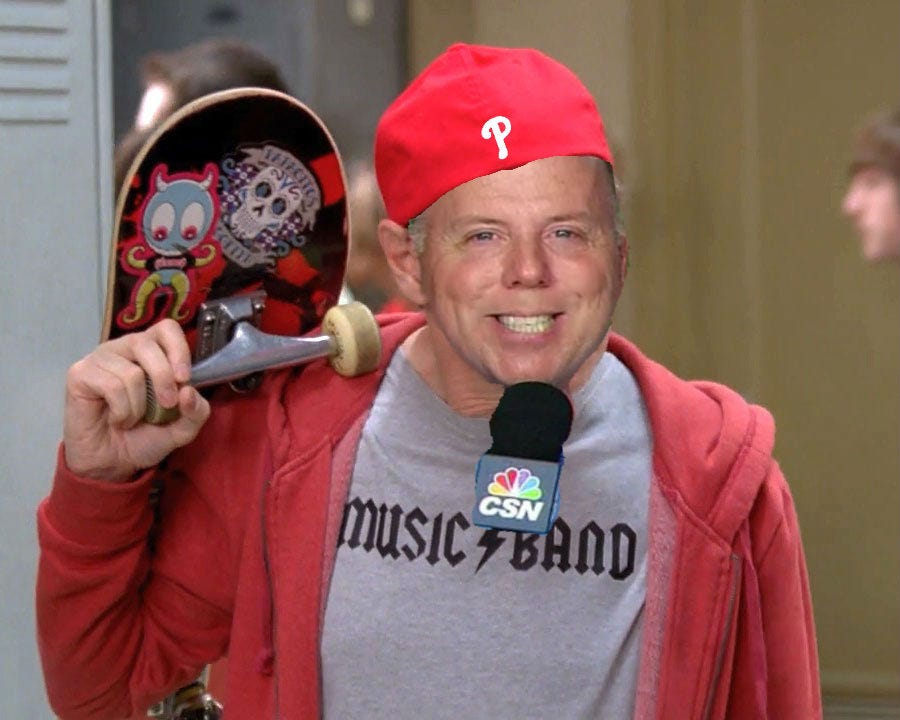 “Wow! How neat? The Phillies and their broadcast crew say “jawn” just like us! Much relatable! This is tops!” – college and high school aged kids all across the Greater Philadelphia Area.

I would have loved being in the room when some young hot shot in the Phillies’ marketing department brought up the “Student Steal” deal at a meeting and had to sit down to explain what jawn means for at least 45 minutes to a room full of old heads. I have to be honest for a moment here, however… I’ve lived in the area for my entire life. Almost like Charlie Kelly in the sense that I’m afraid to leave the Greater Philadelphia Area. And I’m starting to grow tired of the word jawn. Though it’s been a Philadelphia staple for years now, I feel like it’s been getting way more popular over the past few. I think the movie “Creed” was the tipping point for jawn. Now there’s just too much heat on the word. Too many people are asking about it and the only answer they get is exactly what TMac gave here. “It means anything you want it to be”. Which, quite frankly, is a bullshit explanation. Like if I didn’t know what a “jawn” was and I asked somebody only to get that explanation in return, I’d have to punch them in the dick for being one. I’m just asking a simple question and you come back all pretentious and shit acting like you’re better than me for knowing a made up word that nobody else outside of the Delaware Valley uses? Fuck off, buddy. All I’m saying is that maybe it’s best if we start to keep jawn to ourselves. If people ask, just tell them they wouldn’t get it and to move on.

With that being said, if the Phillies broadcast crew is going to continue working “jawn” into the mix in order to engage with a younger audience, then I am here for that. Because forced relatability is always going to bring on some unintentional comedy and with the eternal state of Philadelphia sports, we need some more laughs in our life.