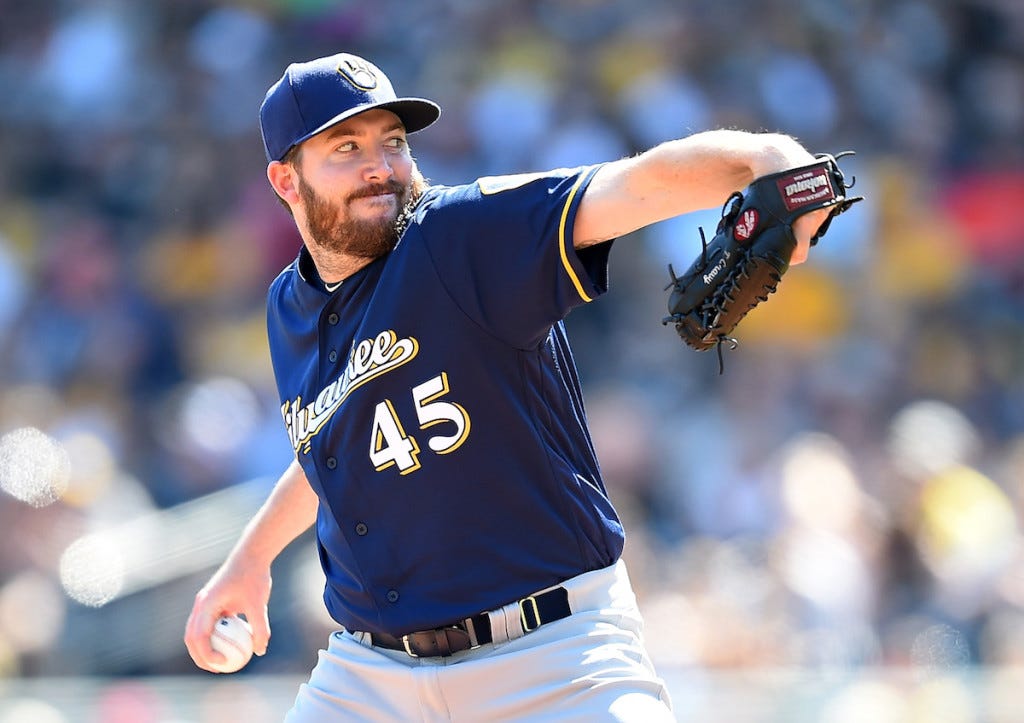 This past spring, Brewers right-handed pitcher Tyler Cravy threw 13.1 innings, allowed just three earned runs, walked three and struck out 11. All things considered, given the Brewers’ current state of rebuilding, that’s a pretty good spring that probably should’ve earned him a spot on Milwaukee’s active roster. It didn’t, and Cravy was not happy about it.

Rather than report to the minors, Cravy said he might seek “a 9 to 5 job where I get treated like a human, at this point.”

What had Cravy and Scahill most upset was they were told there would be a competition for jobs at the start of camp and pitched well, yet were cut anyway. Cravy, who compiled a 2.86 ERA in 20 outings for the Brewers last season, had a minor-league option remaining and the club exercised it. He said he was not certain he would report, however.

“It would just be nice to have the honesty straight up front instead of, ‘Hey, you’re competing for a job,’ then literally out-compete everyone and be told, ‘Sorry, we have other plans.’

“It says a lot about the integrity, or lack thereof, of the guys running the show, but what are you going to do? All you can do is put up numbers and sometimes that’s still not enough. I don’t think they would release me. I think it would just be me deciding to quit if I chose that route. I’m just not sure I want to play for guys who treat you like this.”

Listen, I understand he’s really frustrated and more than likely saying some things he doesn’t mean. At least, I hope that’s the case here. Because at the end of the day, whether you’re being treated like shit or not by the decision-makers over there in Milwaukee, being lied to and stuffed in the minors for now is much, much, much better than working a 9 to 5 job like Joe Blow. Riding busses to play minor league baseball games in front of a couple hundred people beats being a cube monkey ten times out of ten.

I think the most frustrating and aggravating feeling in the world is feeling like you’ve been cheated. If you go into spring training with the mindset that you have a really good shot to make this team because they’re so bad, and then you put up good numbers and still don’t make the team…then yeah, I’d probably be like fuck this place, too. But I wouldn’t actually quit. I’d just try to do what I need to do to force their hand to get a look in The Show.

But that doesn’t mean that I disagree with him speaking out about the way that he’s been treated by the Brewers. Good for him for doing that. If the Brewers told him one thing and then ended up doing another in an unjustifiable manner, then they should get aired out for that. That being said, get that 9 to 5 crazy talk out of your head. You’re 27 years old and you have 71 major league innings to your name. It would be BANANAS to pull the plug on your baseball career because of one unjust minor league assignment when you’re still in the prime years of your career. One day in the cube and you’ll be wishing you were on the next bus to Colorado Springs.