I’m just going to come right out and say it. No sugarcoating. Just straight talk, saying what needs to be said. America is in trouble.

We could do the easy thing and just focus on the good. The NCAAs have been insane the last few rounds and end tonight with a great matchup. Wrestlemania was huge. It’s Red Sox Opening Day. The Masters is this week. Both winter teams are making playoff-seeding runs. The NFL draft is weeks away. There’s a ton to be happy about. But I can’t sit here and fiddle while U.S. Figure Skating Rome burns.

On the men’s side, Patrick Chen and Jason Browne finished 6th and 7th, respectively at Worlds. On the Ladies’ side, it was Karen Chen and Ashley Wagner coming in 5th and 7th. Were we, say, Belgium, we’d be congratulating ourselves and making them Knights or Earls or something (assuming they do that; I’m not really up on Belgium). But this is the U.S. of fricking A. The country that gave the world great Olympic champions like Scott Hamilton, Brian Boitano, Kristi Yamaguchi, Tara Lipinski, Sarah Hughes and most recently Evan Lysacek. Skating is a proud tradition in this country. It’s part of who we are. Winning at it defines us as a people. But the program has fallen onto hard times and as a nation we need to do something about it.

Look, I get it. This was an amazing Worlds. As Johnny Weir said, the Men’s Short Program was “the best ever,” with no less than 19 Quads landed. I’ll pause here to let that sink in. Nineteen. Something that was unthinkable just a few years ago is now commonplace. At least among the truly top skaters. But Jason Browne didn’t try any in his Short. And in his Free Skate under rotated and fell on his only attempt. I agree with Tara that his was a lovely program. And Johnny comparing it to “a lemon sorbet in the middle of a meal” was spot on. Plus he fought hard, he’s a great competitor and I’m proud to have him represent my country in Helsinki: 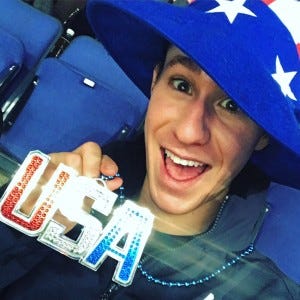 But the sport is evolving. If you can’t do multiple quads, you’re just not going to be competitive. Nathan Chen (who shares Bryan Orser as a coach with Brown) landed four of his six Quad attempts:

… but that’s not going to get it done, either. Not when you’re running into the buzzsaw that is Yuzuru Hanyu.

To be fair to the American men, Hanyu was virtually unbeatable. This was one of the great athletic performances of all time. This was Babe Ruth hitting 54 homers when no one else in baseball had 20. This was Gretzky beating Lemeuix in the points race by 74. Tiger Woods lapping the field at Pebble Beach. This was Secretariat. Landing combinations like Quad Loop/Salchow, Quad Salchow/Triple Toe. The speed. The artistry. Everything he wanted to hit, he hit. With record scores in both the Free and Overall. It vaulted the reigning Olympic champ from 5th to 1st, and out of the reach of a valiant effort by Short program leader, Javier Fernandez of Spain. It was a performance we may never see again.As somebody more eloquent than I put it,

So true. But the U.S. Ladies don’t have that excuse. Yes, champion Evgenia Medvedeva was glorious. The latest in a long line of tremendous Russian skaters. Graceful but powerful, elegant and yet with the fierce competitive will that belies her 17 years:

Again to quote Johnny Weir, the best there has ever been in the skating analysis game, she had “triple/triples out the wazoo.” Yet, we’ve faced stronger Russian opponents than Evgenia and lived to tell the tale. Back when the U.S. program had some fight in it, our Ladies stared down Irina Slutskayas and Kira Ivanovas like they were Ivan Dragos. Right now, that competitive edge seems to be gone. That fire seems to be out. And it’s terribly sad to watch.

But there is hope. Yes, we are not a nation satisfied with Silvers or Bronzes, much less missing the medal stand entirely. Winners only welcome here. But together, Chen and Browne and Chen and Wagner placed high enough to send three U.S. Men and three Women to the PyeongChang Olympics next winter. So this calls for swift and decisive action on all our parts. We need a national movement to get this once proud institution going. A huge effort like we did to build the atom bomb and be first to the moon. We need to Make American Skating Great Again. Otherwise it’ll be sending the world the message that we don’t even care about skating. And we can’t have that.

P.S. I wish I’d been at this World’s like I was last year. Bring it back to Boston. It was better than going to the Super Bowl 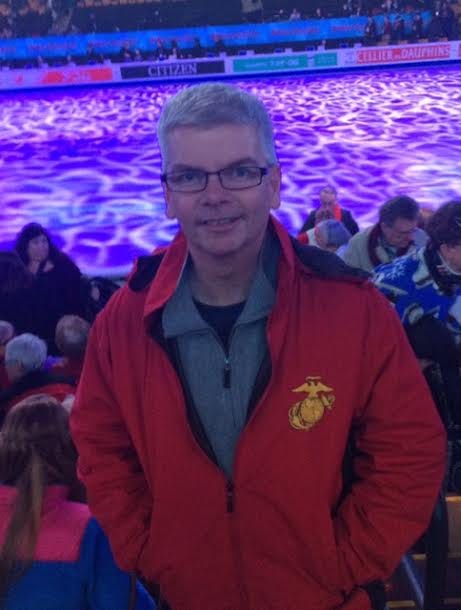