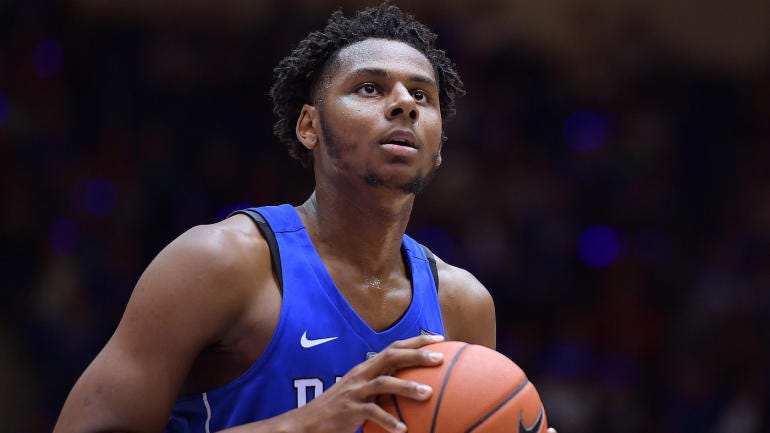 This is pretty serious news out of Durham. Former five-star Marques Bolden who struggled with injuries and playing time during his freshman year will be transferring from Duke. This comes just a week after Chase Jeter announced his decision to transfer and the Blue Devils losing Harry Giles and Jayson Tatum to the NBA Draft.

His commitment to Duke always felt a little weird. The general consensus was he wanted to go to Kentucky but his parents were dead set on him going to Duke. Ultimately he picked Duke and was supposed to be part of the best team ever assembled. He now becomes the second five-star to transfer after his freshman year joining Malik Newman from Mississippi State last season.

The question is now where does he end up. Bolden hails from Texas so the entire Big 12 makes sense. Don’t be surprised to see him end up at TCU. He had TCU on his list coming out of high school, Jamie Dixon is a big enough name to keep him interested and it’s close to home. If not at TCU, look for SMU to be a popular suggestion as it’s close to home and they’ve had success taking Duke transfers.

Also, shout out to our Duke viceroy who broke the news on Twitter. Barstool difference right there: