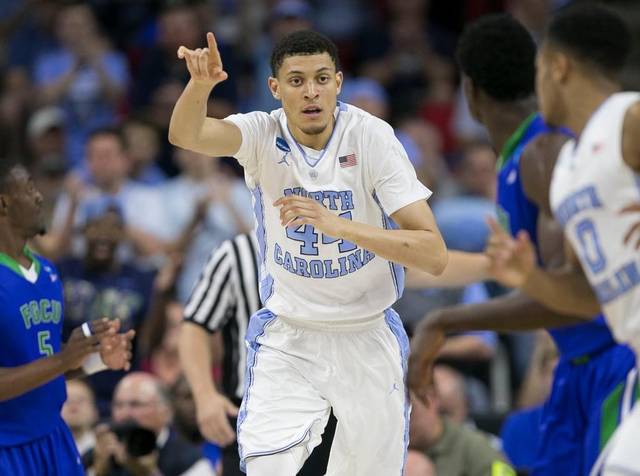 This feels like one of the more equal title games in quite some time. We have the two most complete teams in the country, who were top-10 pretty much all year going against each other. It’s rare that happens and it’s awesome when it does. So, we’ll be looking at a bunch of different angles of this game, including individual matchups, advanced numbers and things to watch.

If you ask who the best player for each team is mostly everyone would agree it’s Justin Jackson and Nigel Williams-Goss. Both players were All-Americans and conference Player of the Year. There’s a chance you see these two guys matched up against each other, especially with Joel Berry’s ankles. There’s an obvious height advantage for Jackson, but we saw Williams-Goss switch onto Thornwell yesterday, including late in the game. For UNC, the question will be does Roy want to put Pinson or Jackson on Williams-Goss. Jackson has done a great job the last couple of games on Malik Monk and Tyler Dorsey/Dillon Brooks.

So what do these guys do well? Here’s a look at their last 10 games:

Williams-Goss did struggle the first couple of games in the NCAA Tournament, but we saw him finally break out recently. Against South Carolina he was the best player on the floor (with Zach Collins as a very close second) and was so good offensively at driving and finishing in the lane. Mark Few would bring one of the bigs up past the 3-point line to set a high ball screen, the set NWG ran the most all year, and let him attack South Carolina’s defense that way. He’s been in the pick-and-roll set 28% of the time this year, scoring .868 points per possession out of that set. What NWG does well out of this set is keep the ball high when he drives, and uses a runner to score over the bigs. He’s smart in the sense of keeping his leg extended to keep separation between him and the defender. The key is the high ball screen takes place above the 3-point line every time. Against South Carolina he scored 11 points out of this set. Here’s two of the buckets out of this set:

Jackson has been dominant in spot up shooting situations. He’s been put in that set 160 times this year, scoring 1.15 points per possession, which ranks him in the 88th percentile in the country. His size at 6’8″ allows him to shoot over most defenders as UNC can run him as a 2 or 3, especially since Roy typically doesn’t run a small ball lineup or anything like that as he prefers the traditional lineup. Combined with his size Jackson has a quick release that allows him to get his shot up. Combined with the fact UNC likes to push tempo and Jackson is typically on the wing already getting out to run, he’s been able to shoot over 38% from the 3-point line this year. Whenever UNC gets a rebound keep an eye on Jackson as he typically breaks on the wing every time. He likes to shoot from left wing, so it’s something to watch if Gonzaga can shade on him to force him to the right side. The other thing to watch is how he gets his feet set quickly. He will do a little rhythm step, but his feet are in position every time he goes to shoot. It’s rather impressive.

Both guys have been good against ‘Tier A’ teams (top-50 location included) this year. Williams-Goss has been a little better with an ORtg of 118 vs 114, but these are the two most important players on the offensive side of the ball in the national title game. Another thing to keep an eye on is Williams-Goss in passing situations as nearly 40% of his assists go for threes. If Gonzaga is shooting the ball well, this will be huge if he can drive and kick.