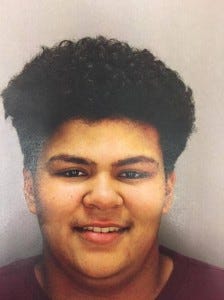 South Carolina – Police in Rock Hill charged a teen with assault after she used tried to slash her stepfather, who defended himself with a toy light saber. … [O]fficers found that there was a physical altercation between a 17-year-old female, Kayla Knapp, and her stepfather, the Rock Hill police report shows.

Witnesses told officers there was an argument, and that Knapp used two kitchen knives from a knife stand in an attempt to slash the stepfather, the report says.

The stepfather picked up a plastic toy light saber, hitting Knapp with it several times to protect himself before the altercation ended.

The least surprising part of this story is that Kayla’s stepfather used a light saber to fight her off. The light saber is not as clumsy or random as a blaster. An elegant weapon for a more civilized age. For over a thousand generations, the Jedi Knights were the guardians of peace and justice in the Old Republic, armed with nothing but light sabers. So surely a 17-year-old wielding a couple of Henckels pulled out of the butcher block are no match for one.

No, the real shocker is that a grown man who keeps a light saber in his kitchen or needs one to defend himself. Nothing screams “I’ll die a virgin” like using a sci-fi toy to save your sorry ass from a teenage girl.