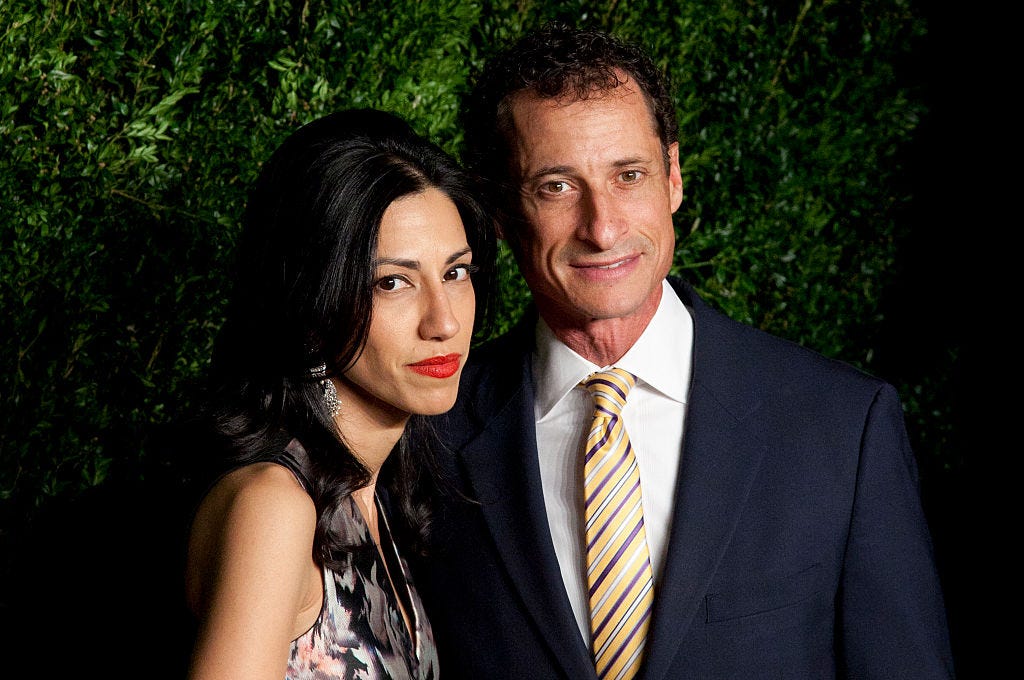 Interesting debate I was having with myself this morning in the shower. Which Huma is the bigger fucking IDIOT? Now that Huma is taking him back, we’ve got ourselves quite the battle. An Idiot-Off, if you will.

A little recency bias will certainly point you in Huma’s behavior. The latest news is how shes taking him back. Its easy to just say “Huma you fucking IDIOT.” Its also easy to write “Human” every single time you try to type Huma, as I have learned so far in this blog. But shes the Idiot of the Day. Her husband ruined their marriage, he completely ruined an entire presidential campaign and effectively all of Huma’s dreams and career aspirations, he involved their children as a pawn in his dick pic addiction, and he ended up sexting with an underage girl. To let that dude back into your bed…to theorhetically let that dick back up inside you…the very dick that effectively ruined your entire life…thats absurd. Anthony Weiner’s dick was a tornado of turmoil for Huma and once again she’s gonna let it poke her in the back as she sleeps. Pathetic.

However, you cant overlook Anthony Weiner for the king of stupidity on this one. Dude was a congressman of New York. Huma was chief of staff to Hillary Clinton and her vice chair for the 2016 Presidential Campaign. They had a chance to be a big time political power couple. Anthony Weiner probably could have become mayor of New York City. Hillary probably could have become President if it wasnt for Carlos Danger’s dick, and Huma would have been the President’s right hand man.  They had every chance to be a major power couple in American politics. Charlie Danger also looks like a fucking ostrich and is absolutely disgusting. The fact that he was able to land an even remotely attractive chick is a big time overachievement. Against all odds, that weasel Weiner was living a very successful life both personally and professionally.

And he flushed it all down the toilet because he was walking around with his dick hard and his balls full at all times. He constantly fired off irrational and highly detrimental dick pics to sidepieces he clearly could not trust, all because he never, ever was thinking with a clear head. Anthony Weiner is the poster child for the JJO Lifestyle. Number 1 overall draft pick. Its like they guy doesnt even know how to do it. Like he never learned how. A quick reminder every time he was about to press send could have saved his entire life. Its an important lesson for all of us: next time you’ve taking a picture of your dick with your sleeping child right next to your penis and youre about to press send and sext with an underage girl…………….JJO. J. J. O. Jay. Jay. OH. It could save your entire fucking life, and I’m not exaggerating. You wont even realize it in the heat of the moment, because, again, you’re not thinking clearly.. Just force yourself. Just make it a part of your morning routine like brushing your teeth. And when you’re done you’ll laugh at how stupid you were about to be. But if you make ANY decision at all with an erection, theres a strong strong chance you’re making the wrong choice. One little wristband could have saved the lives and marriage of the Weiners, and it could save yours too. 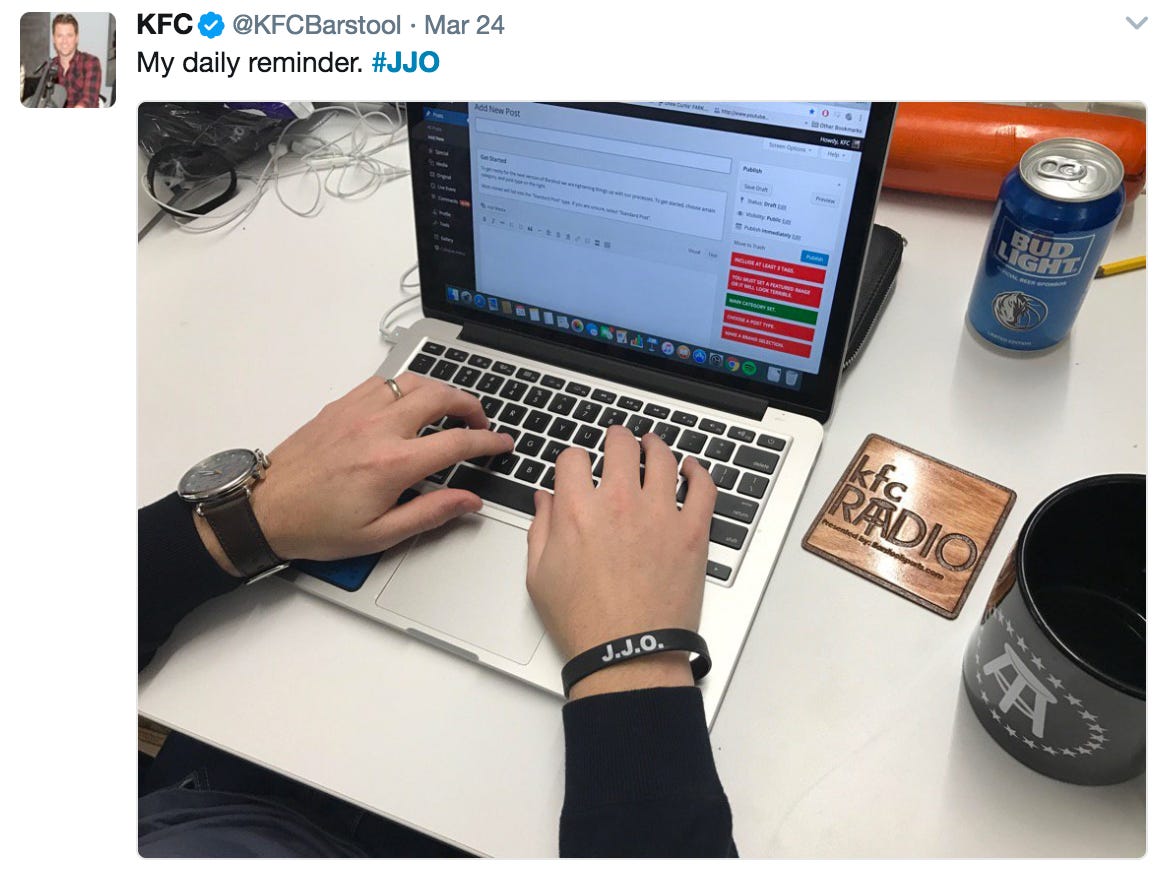 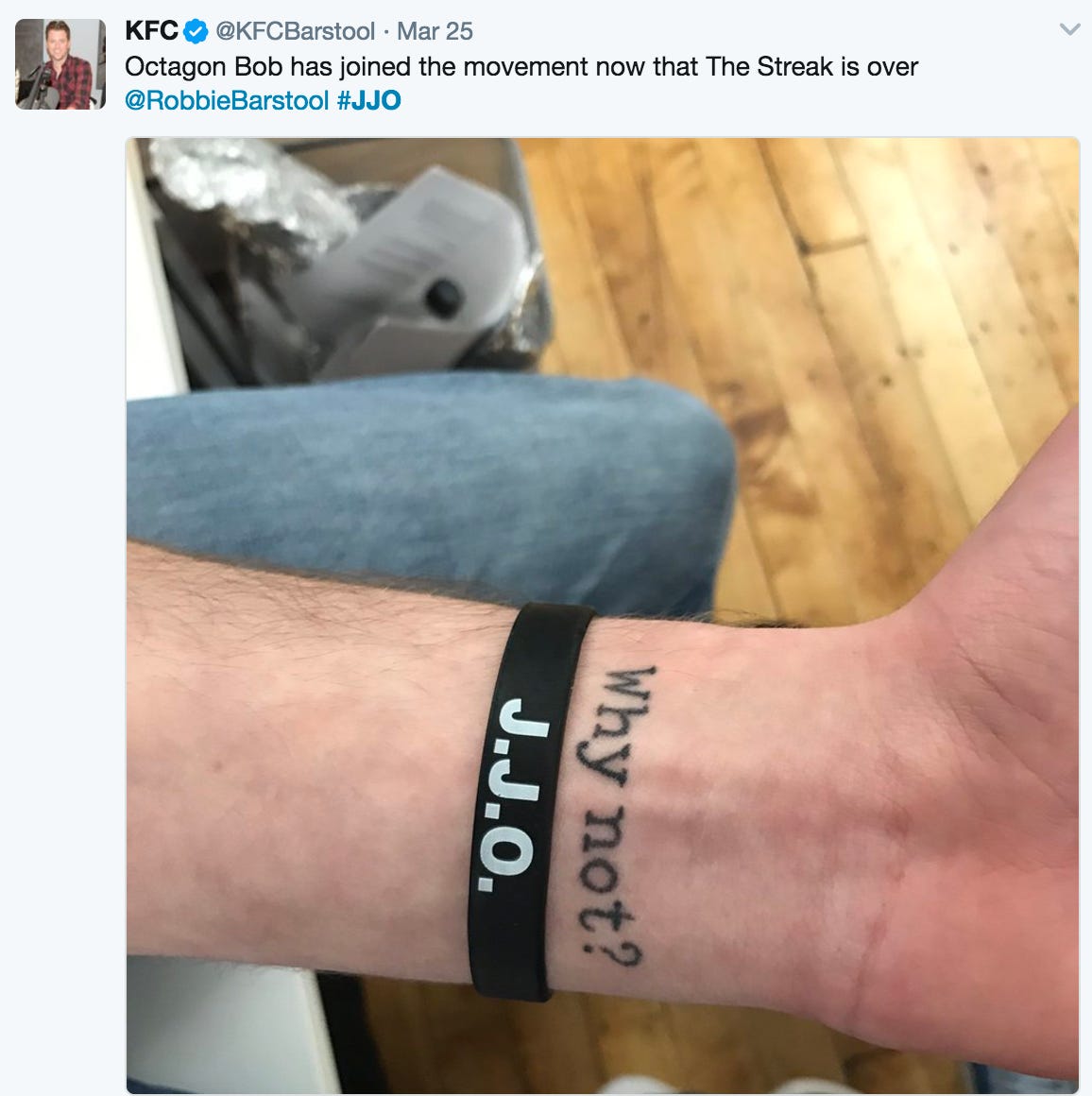 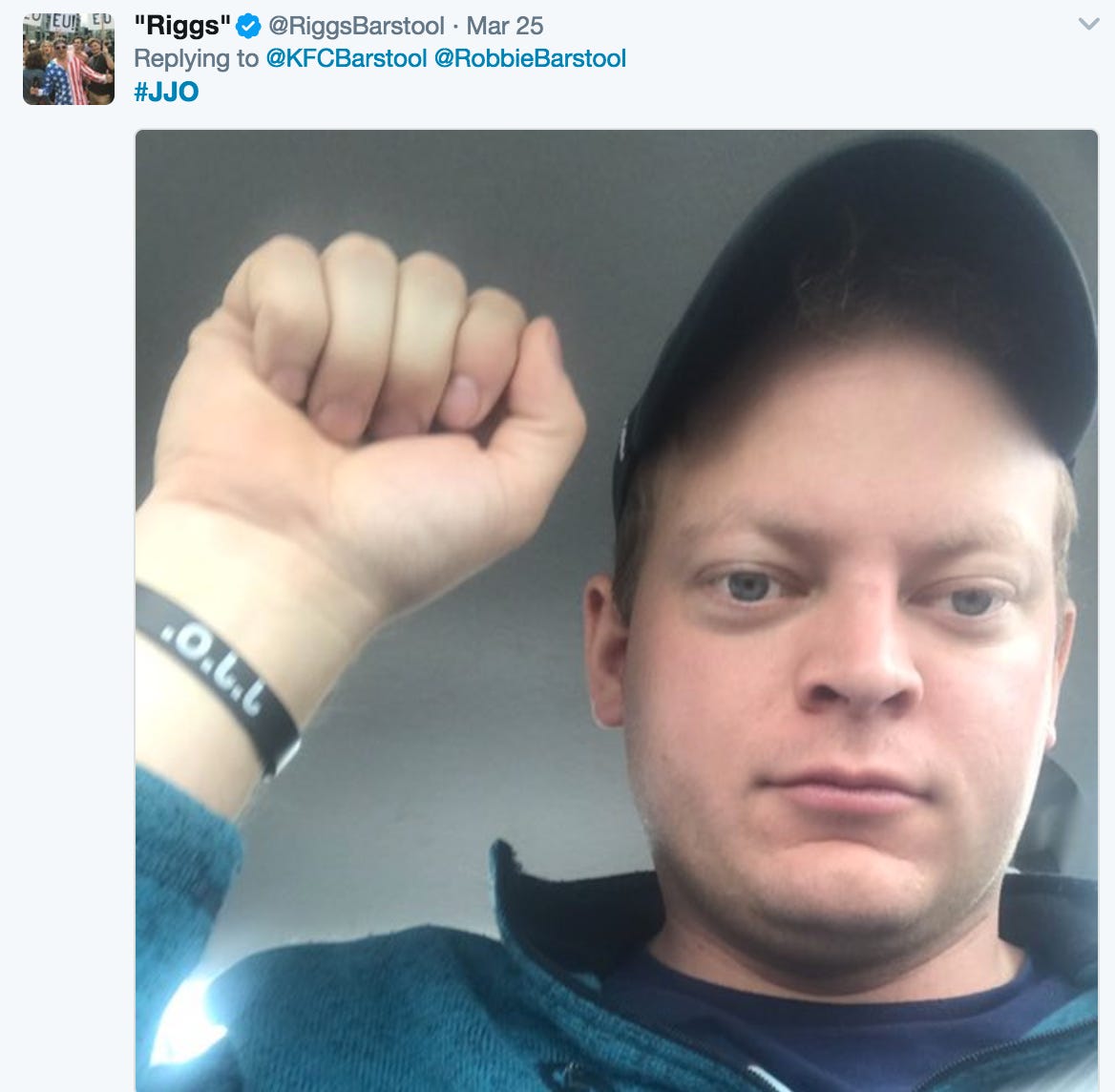 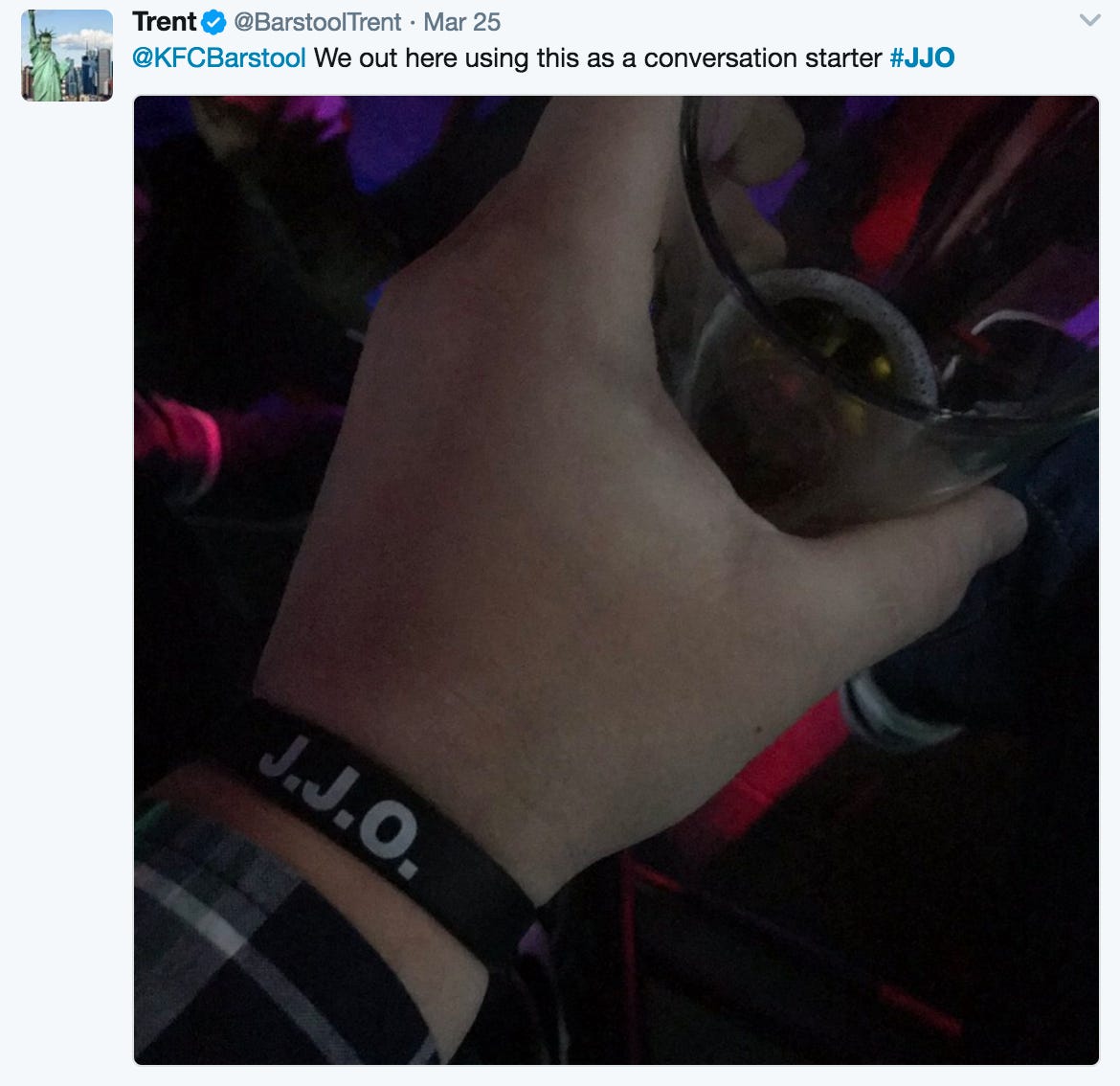 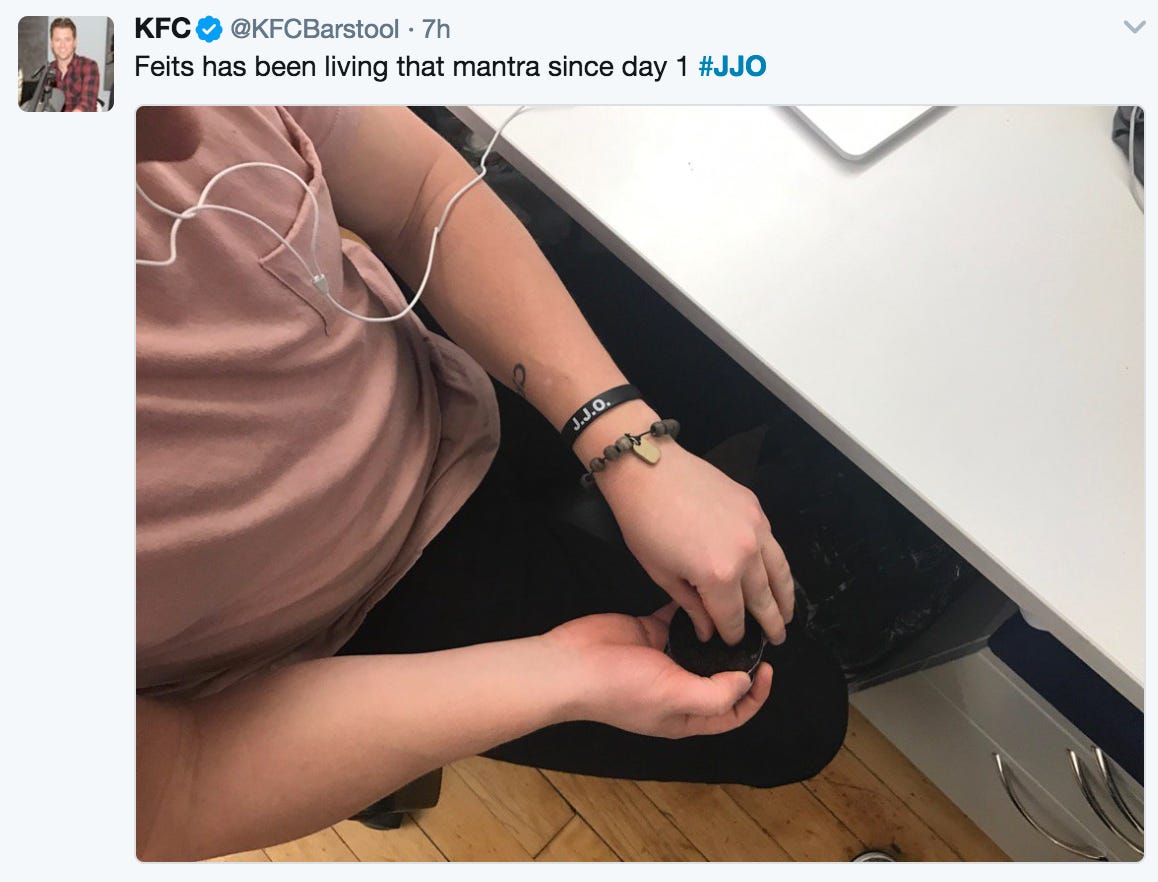 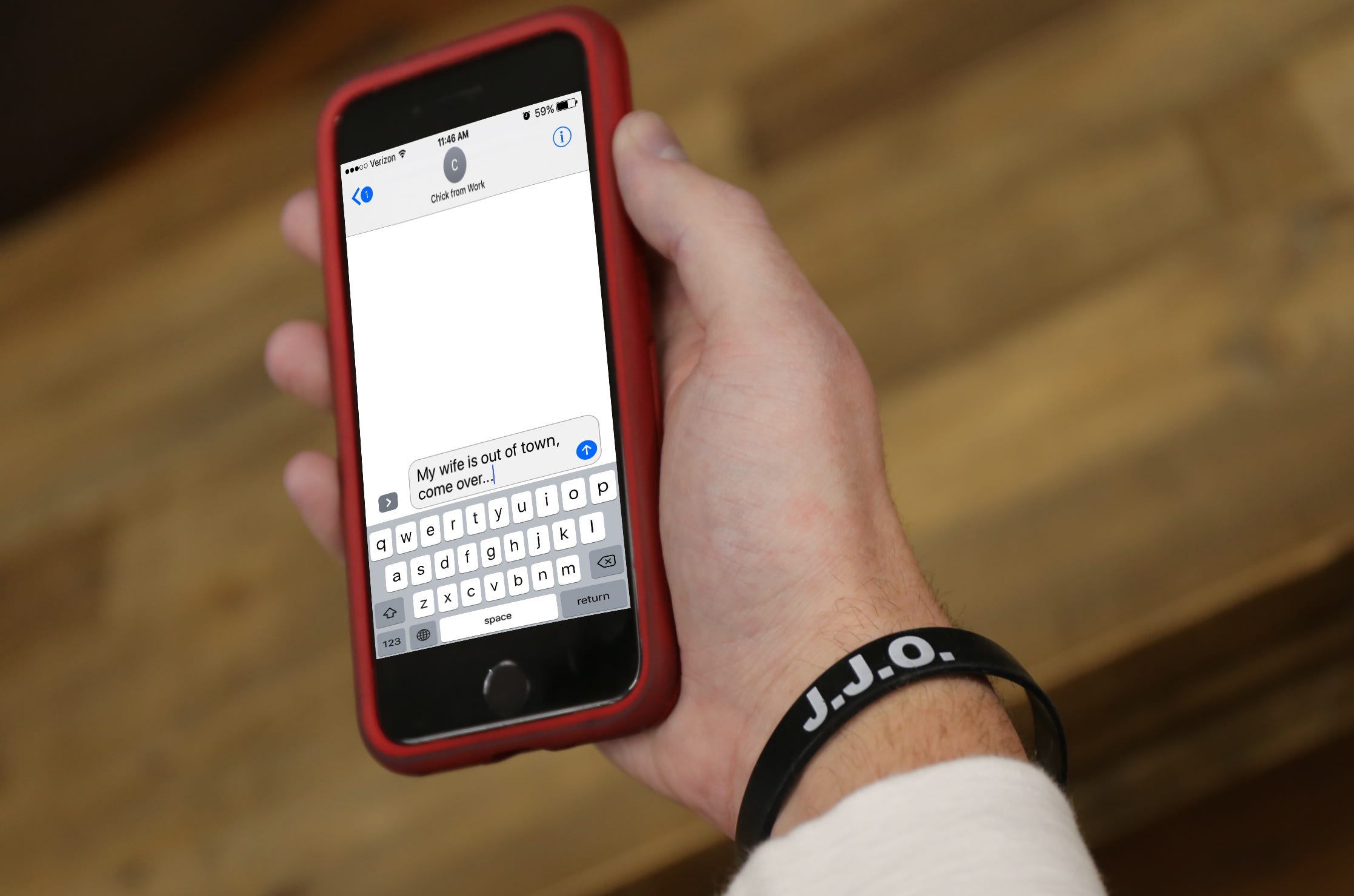 Time to vote. Whos actually stupider – Anthony Weiner for never jerking off before making reckless sex decisions, or Huma for taking him back despite all the disrespect?