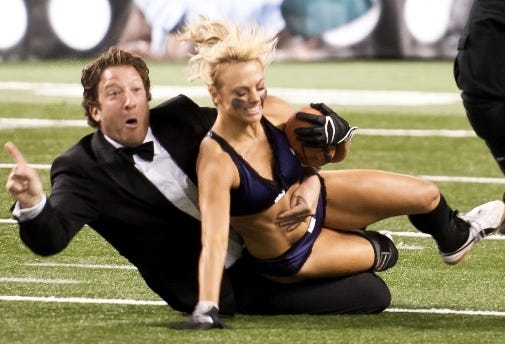 By now, Barstool Sports was creating enough revenue through advertisements that Dave was able to move away from the concert tours and focus on the blog. The newspaper was running reprints, and in 2013, Portnoy shuttered the doors of Barstool’s print aspect for good. Dave continued to expand his writing staff and, concurrently, the volume of the blog increased. But Barstool wasn’t the only dog on the block. Competitor blogs were everywhere, and Dave sought new ways to differentiate his company. The one thing Barstool had that the others did not was a staff of developing personalities. This was the impetus for Barstool’s original content.

Dave reminds me that Barstool had been making original content for quite some time. In the early 2010s, Dave would occasionally turn a camera on himself or some of his bloggers for a piece. Attaching a face, and a voice, to the blogs completed the portraits of Barstool’s creative staff. The readership connected, and reacted. 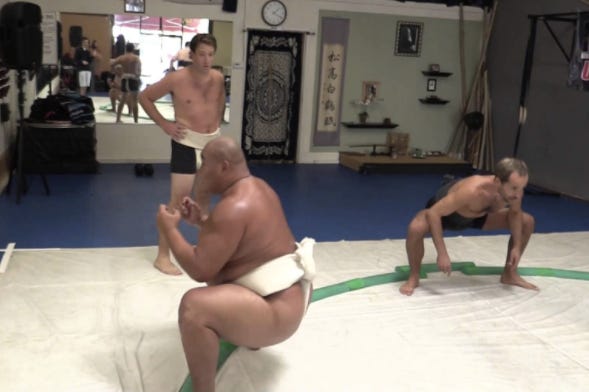 “We were always early to things,” Dave says proudly. “When I started doing this, you could write a story, and there was no real rush. As time went on, it became a competitive industry and other blogs would write the same stories as us. Everyone could have a similar take on something on the internet. But nobody–and still to this day–nobody has the personalities that we have here.”

The first consistent package of original content was The Bro Show. Quite simply, Dave, Big Cat, KFC, and others would meet up around the country at various events, restaurants, and venues. The premise was loose but the videos were popular and allowed the featured bloggers to hone their on-camera skills. 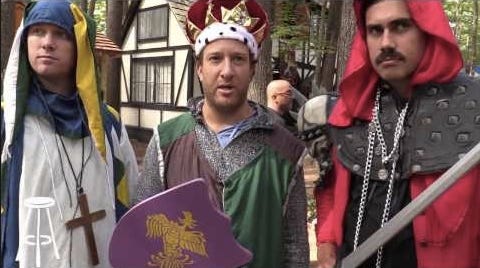 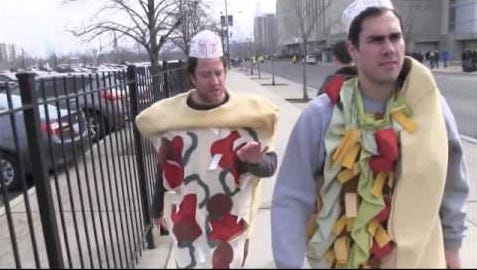 But soon, the demands of traveling each week while simultaneously keeping up the blog proved unrealistic. Dave solved this by switching the Bro Show to Skype. The guys would rendezvous on Skype to discuss various topics, gleaned from the Internet and their professional and personal lives. Soon, the show became so popular that they were meeting each day. This led to another rebranding—the Bro Show became the Rundown. 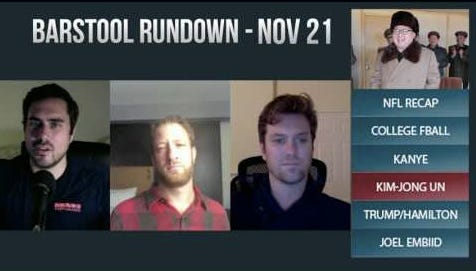 By 2015, the company had grown into something that Dave’s education degree was not equipped to manage. He wanted to focus on content, but knew the limits of his business acumen. This paved the way for the Chernin acquisition of 2016, which consolidated the satellite bloggers under one roof in New York City. It also brought in Erika Nardini as CEO and moved Dave into the role of Chief Content Officer. This was a huge transition. Dave’s beloved Barstool Sports, forever rooted in Boston (and now Chicago, Philadelphia, Maryland, and even Iowa), was sending everyone to Manhattan. Regarding the decision to sell, Dave says, “I always thought Barstool could be huge, bigger than it was—which was a very profitable small company. But I needed the right people. I needed expertise, just as much as I needed money. And Chernin’s people understood media. And they didn’t want to change our content.” 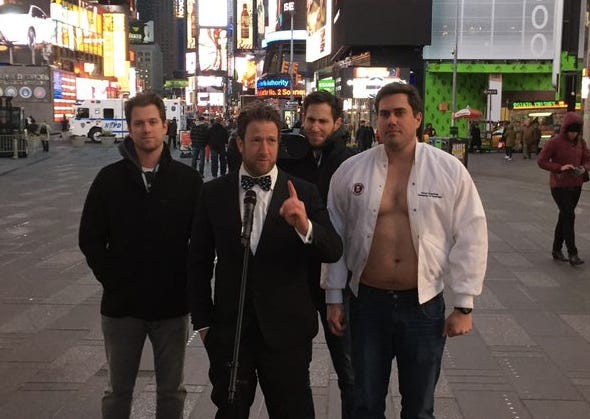 Not everyone was excited about the move, including Dave himself. “I did not want to move to New York,” he admits. “But I thought to get to the next level, it’s what had to be done.” Dave’s bloggers around the country had been working out of their homes, from the comfort of their couches, beds, and even bathrooms, for years. “I thought the amount of content with us together would be way more unique, way better. The volume of material would go way up.” It took some convincing, but everyone ultimately realized the benefits of working under one roof. 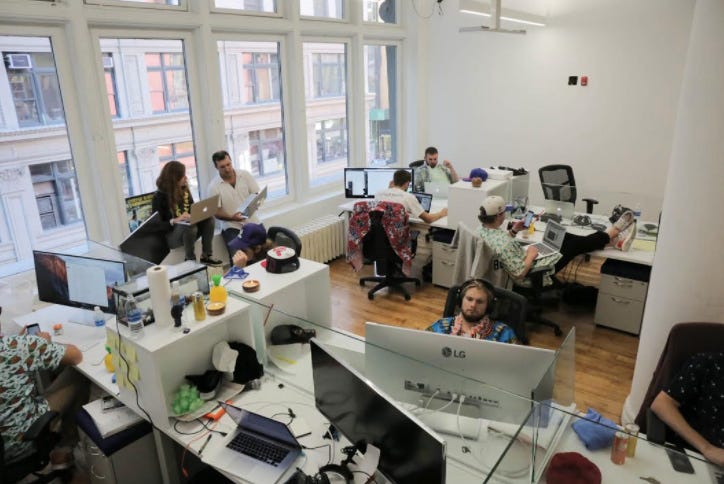 So that’s the story, more or less. A moron might attribute Barstool’s growth to a series of lucky and timely events. But to do so would be to ignore the dogged persistence of the man that built the company. Between handing out newspapers at 4AM, enlisting the services of a homeless army, recruiting writers around the country, organizing and selling concerts to raise money, convincing his core bloggers to put their futures on the line, pivoting countless times to adjust for the changing desires of his growing readership, and relocating his (and everyone else’s) life to a new city… Dave Portnoy actually did it in a “brick by brick, salt of the earth, food on the table” way. And for that, we salute him. 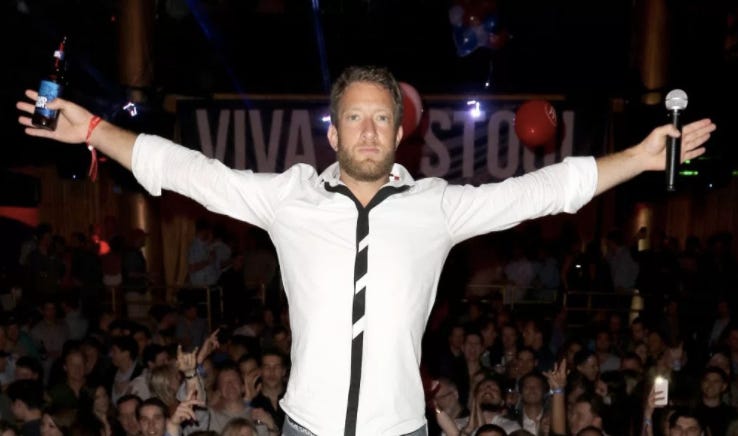