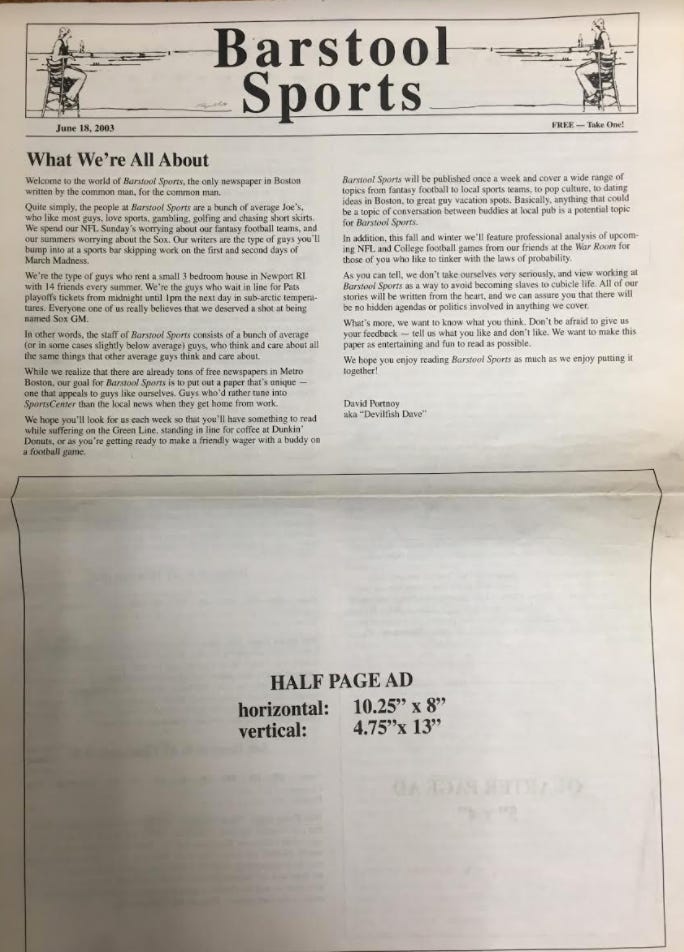 Part 1, if you missed it

In September of 2003, the first issue of the Barstool Sports newspaper hit newsstands. And by newsstands, I mean subway platforms and street corners. Dave was literally handing out the early issues himself at T-stops around Boston, to morning commuters and unknowing civilians who probably thought he was homeless. It’s quite likely that many of these early issues were used to start fires, as toilet paper substitutes, or even as wrapping paper by some zany, environmentalist aunt. But thanks to Portnoy’s persistence, salesmanship, and belief in his vision, they caught on.

Dave wrote the early issues himself, but it didn’t take long before friends and fellow sports fans were writing freelance pieces (one notable early contributor was high school friend and football teammate Todd McShay, now known for his football analysis at ESPN). Within short order, Dave had a consistent group of rotating writers on whom he could rely each week, which allowed him to focus more on distribution and ad sales. Still, he continued to write and curate the content, knowing that only he could ensure the creative vision for his new company. 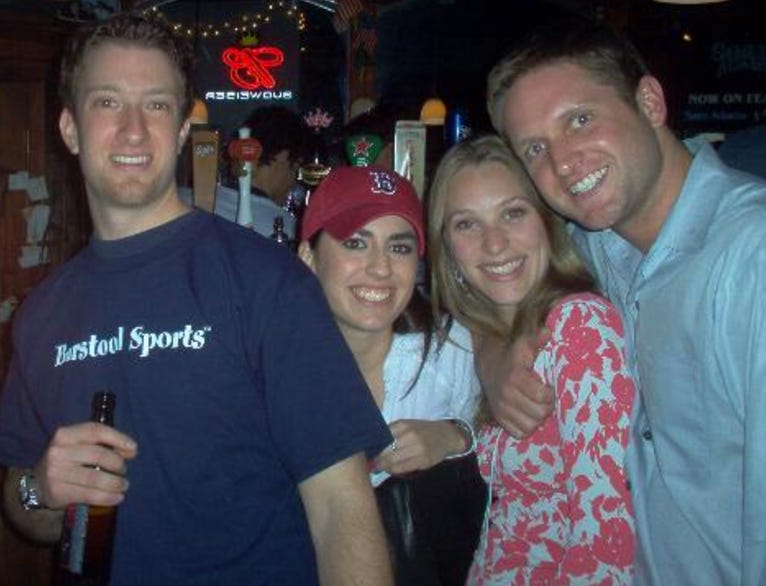 In the early days, costs were relatively low but funding was still needed for printing. Dave sought advertising, and that arrived in the form of online poker companies like Poker Stars and Party Poker. As he tells it, “I called some offshore sports books, and they helped craft it. It was an era when there was so much junk on the internet–gambling sites would have pop-up ads, fireworks, it was really convoluted. We advertised [Barstool] as a newspaper, and they liked that. So I was able to sell an entire year of gambling ads before we printed our first issue.”

This amazes me. Dave pitched his paper as a stiff-arm to the blossoming world wide web. The newspaper was a reversion to simpler times, where nothing could jump off the page that you’d have to exit just to read an article. Not only that, Portnoy was able to sell an entire year of advertising by presenting a vision, not a product. That’s like getting a date with a girl in 12 months by telling her that by that time, you’ll be 5 inches taller. Somehow, these companies saw something in Barstool Sports, or perhaps in Dave himself, and bought in. Keep in mind, offshore gambling was legal at this time so this was all above-board. At least according to Dave.

I asked him what his parents thought about him starting a gambling newspaper. He laughs. “They thought I had to find my feet. They knew I needed to do my own thing, but they also just thought it was something I needed to get out of my system.” Obviously, Barstool wasn’t just part of his system; it was his system. The way Dave created and developed Barstool was exactly how Dave lived his own life. Ever the gambler, he took risks; funny to a fault, his catch-phrases became part of the Boston lexicon; a consummate salesman, he sold himself along with his newspaper. And people started buying in.

The name “Barstool Sports” emerged as a result of serendipitous misfortune. It was Dave’s 10th choice on the list, but the first one with an available internet domain. The logo is also a funny story. Dave hired a graphic designer who created a logo that turned out to be too elaborate for printing. At the last moment, they threw together what has become the iconic Barstool logo using clip art. It was a lesson in simplification that Portnoy would not soon forget. “We kinda got lucky in a lot of ways,” he admits. “You couldn’t recreate a lot of the shit along the way.”

Realizing he couldn’t handle the distribution himself, Dave decided to hire “an army of homeless people” that he strategically placed around Boston. Surprisingly, it didn’t go well. “They didn’t show up, they were drunk, and my parents and I couldn’t control them.” Dave fired them all and replaced them with models. Talk about an upgrade. Obviously a Boston model is like a New York 7, but I’m sure they were better looking than the homeless people.

Dave would wake up at 5AM every morning to manage the models around Boston. Once the morning rush had subsided, he would return home to write and organize the next week’s issue. At 5PM, it was back to the subway tunnels for the evening rush, followed by more writing. Soon, however, the advertising dollars were not enough to support the models. Dave once again cleaned house, and this time, he shouldered the distribution duty by himself. For 48 hours at a time, he would drive a paper route in his Astrovan, filling news racks and bars around the city. “It was horrible, and exhausting,” he says. “But even though it was way more work than my sales job, I preferred it because I was doing my own thing.” 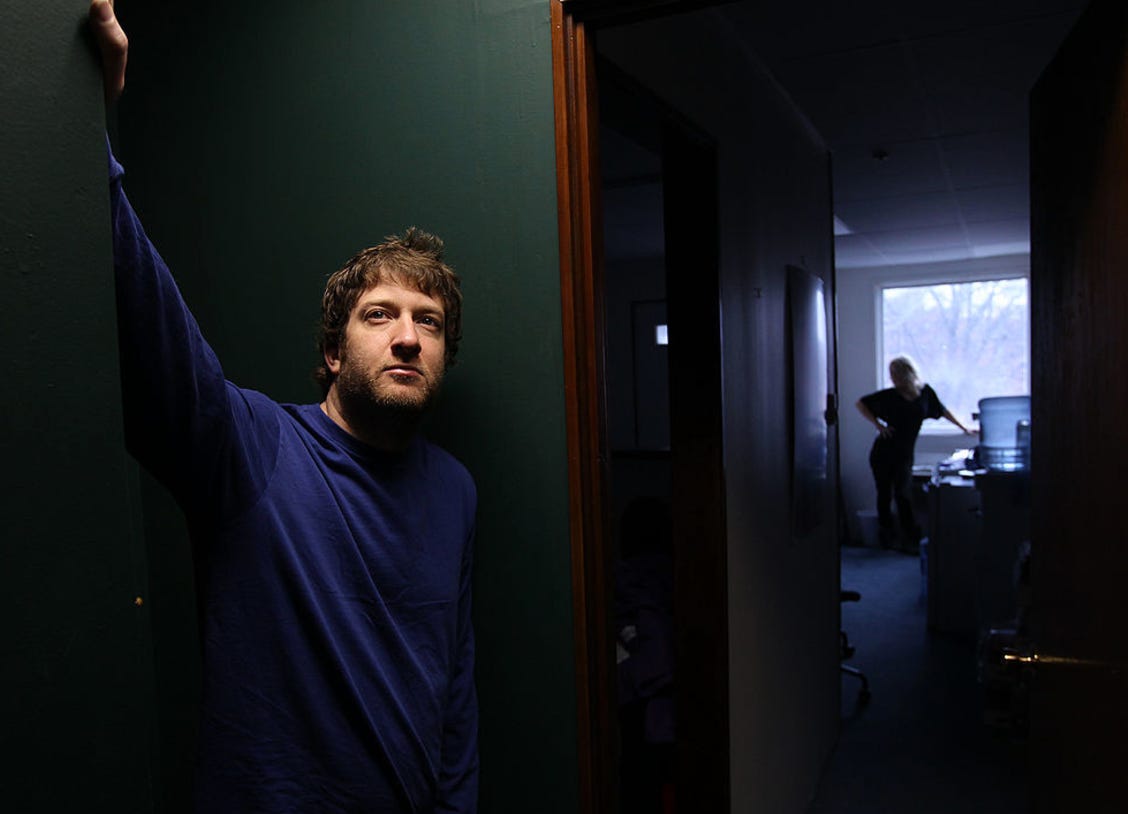 Dave understood the growing promise of the internet. But the website remained an afterthought, a landing page where he would upload a simple PDF of the newspaper. This was because the advertisers remained wary of online advertising; everyone considered them to be a nuisance, and web users responded poorly to them. But in 2007, Dave was dealt perhaps his luckiest hand yet.

Ian White, a young computer engineer, was a huge fan of the Barstool newspaper. He’d be reading Dave’s work for years when a new job moved him to New York, a city beyond the paper’s circulation. Lamenting the loss of his gambling news, Ian reached out to Dave and offered to build him a new website from the ground-up, for free, just so that he could continue to read Barstool. Dave agreed, and within a few weeks, the first functioning “blog” was up and running. Now, Dave and his writers were able to type stories straight into the website where the readership could ingest their takes without having to wait for a print schedule. This was a major development. (Ian would work on the website for years, for free, before he was hired as Chief Technology Officer at Business Insider. Dave and Ian remain friends to this day.) 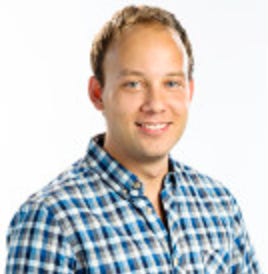 (^The only picture I could find of Ian White)

By now, it was obvious that the internet was the future. But it would be a long time before Dave phased out the newspaper in deference to the blog. This was due to the advertisers’ stubborn insistence on old-school print methods. They wanted the physical tear sheets to show that their investment was being seen by readers. It’s safe to assume that the website had a far greater audience than the newspaper, but perhaps the metrics weren’t available. Either way, Dave would dogmatically put out the newspaper for years while simultaneously building the blog.

Another key discovery came when Portnoy (illegally) used a picture of Jessica Biel to cover the newspaper. It became the most popular issue to date, and Dave was soon contacted by a photographer who proposed putting local Boston girls on the cover. Dave agreed, they set up a photo shoot, and the resulting photos were used to cover the newspaper. “That changed a lot,” he emphasizes. “When we did that, that’s when all the beer companies said ‘who are these guys?’ They seemed to think we had access to pretty girls, and it dominoed us into a different vertical of advertising.” Indeed, from that day forward, every single cover of the Barstool Sports newspaper would feature a local girl until the newspaper came to an end in 2013. 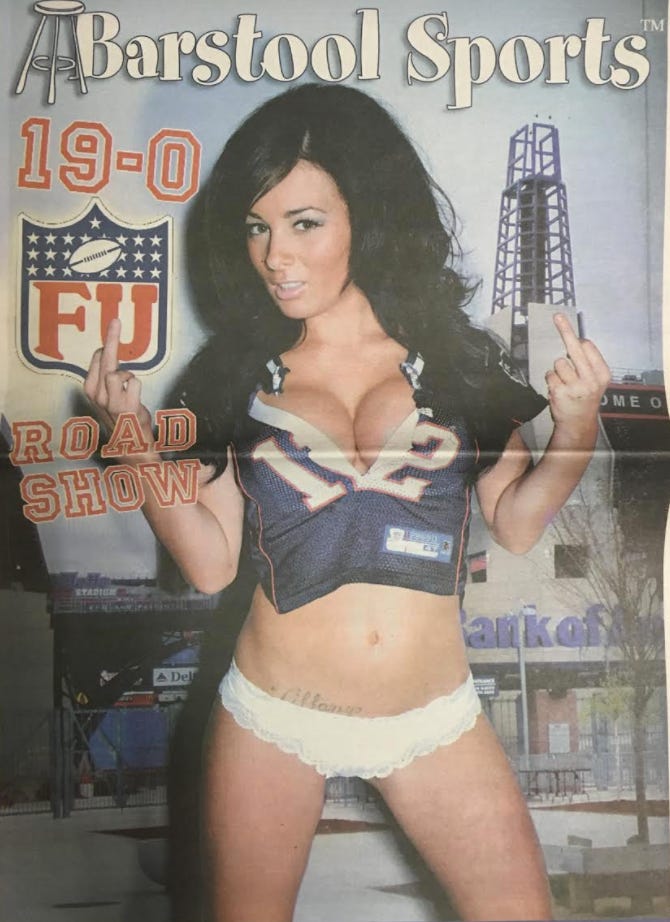 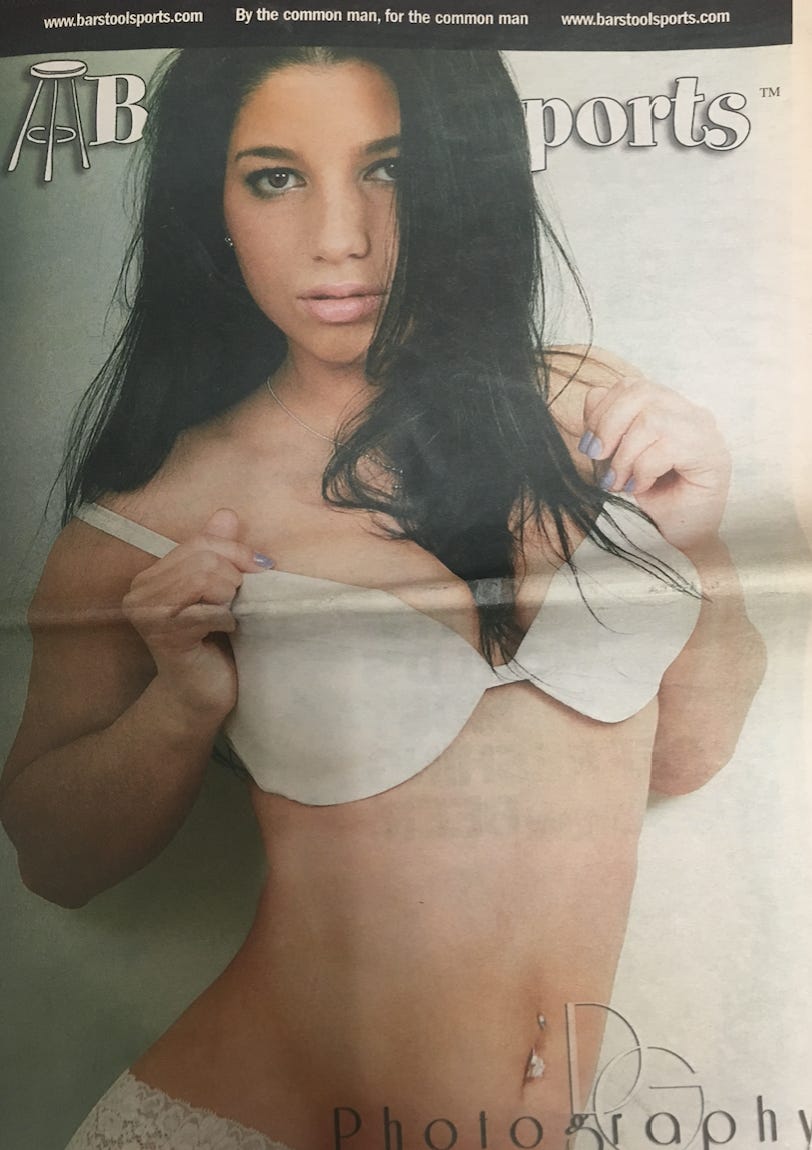