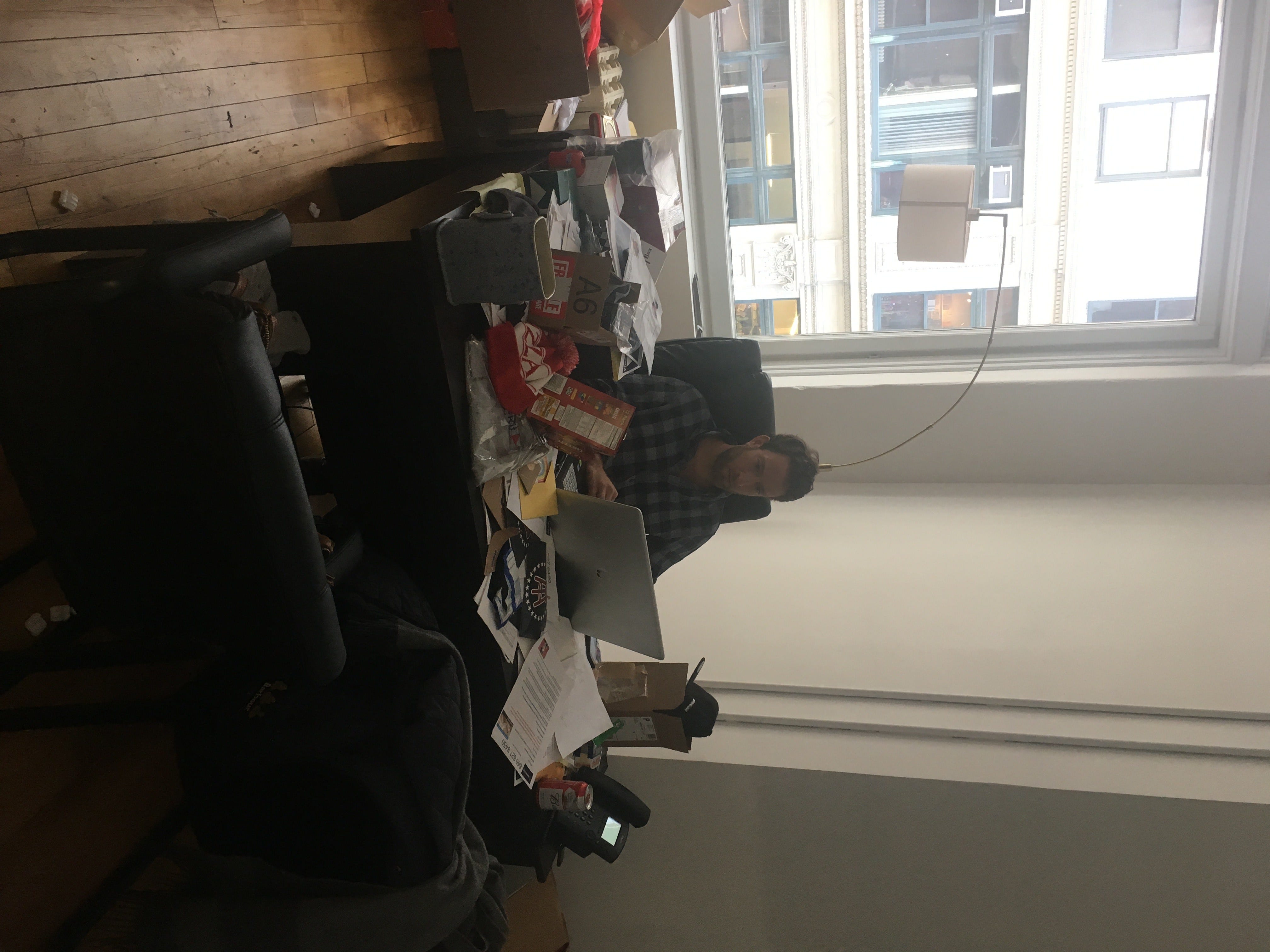 He sits in a dark office, in a slightly-reclined chair, staring intently at his phone. Between us, a mountain of magazines, papers, and various gifted sports paraphernalia is piled atop his desk. The lights remain off throughout the day, perhaps an effort to create a measure of calm away from the frenetic space that is the Barstool Sports headquarters. I try to clear a spot for my notepad on the cluttered desk and a handful of mini-oreos tumbles out of a stack of magazines. Of course, the room is a reflection of the man: unpolished, at times chaotic, and tuned exactly to his own pitch. This is the office of El Pres.

He’s 40 today, and his life has been an open book for over a decade. But Dave Portnoy had a typical childhood on the North Shore of Massachusetts in a town called Swampscott. His father, Mike, was a lawyer and his mother, Linda, was a math teacher at Swampscott High. Dave played football growing up and loved the Minnesota Vikings but came to his senses when he realized his town belonged to the Patriots. A middling football player, Dave’s talents truly stood out on the baseball diamond. Or rather, the grass beyond the diamond (he was an outfielder). A natural lefty, Portnoy would confuse opposing pitchers by standing on a side of the plate that most did not. As a result, he was named to the all-star team and had dreams of playing Division III baseball in college, but a shoulder injury in football would puncture those dreams. 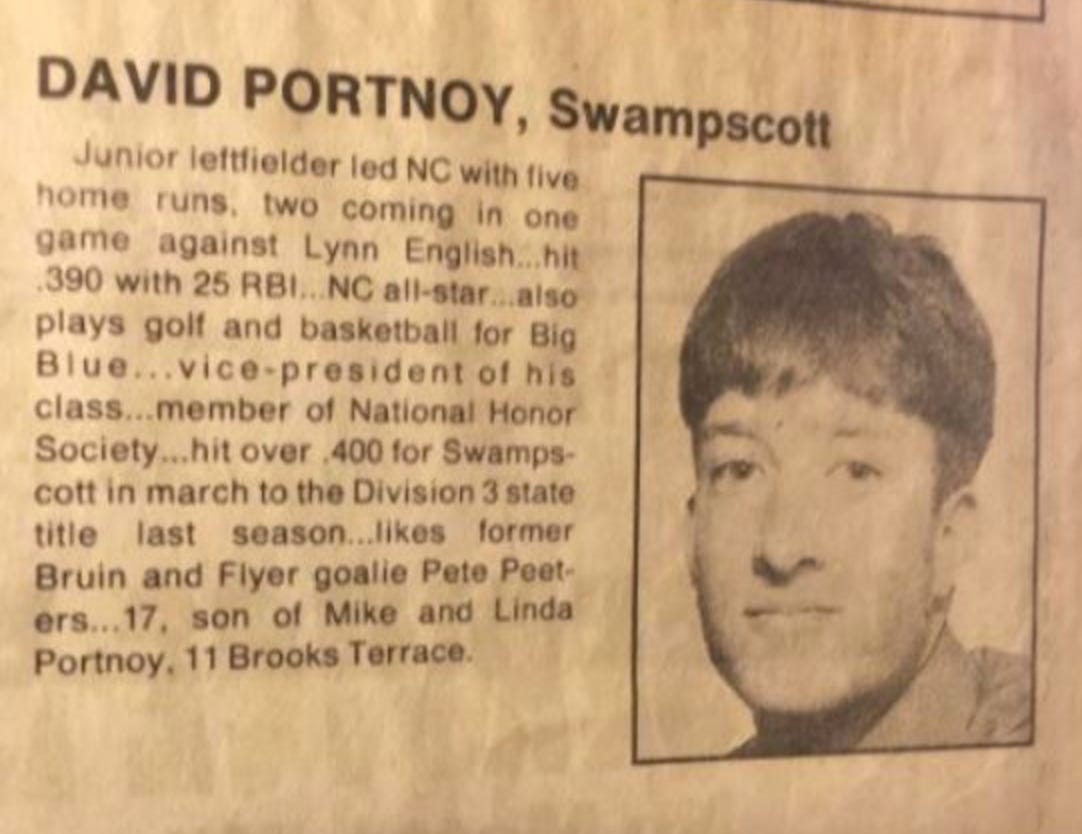 Dave was a decent student in high school. Ironically, for a man named El Presidente (which translates from Spanish to “The President”), Portnoy was elected vice president of his high school class (the Spanish word for Vice President is “El Vicepresidente”). By his senior year, Dave’s older sister had enrolled at Michigan University and he applied to their liberal arts college but was rejected. Not to be deterred, the wily Portnoy discovered a secret entrance that circumvented the discriminating admissions committee–he could go through the nursing school. Portnoy’s sister had told him that if he gained acceptance at the nursing school, he could easily transfer to the liberal arts college. At the time, the world suffered a serious shortage of male nurses, and Michigan was thrilled to invite Dave into their school for junior varsity medicine. Of course, the moment Portnoy had his foot in the door, he said, “so long, suckers!” and skipped down the hall to the liberal arts college. He had arrived.

Dave’s time at Michigan seems unremarkable: he joined a fraternity–SAE–for all of “five minutes” before realizing it wasn’t for him; he attended about 60% of the football games but was relatively underwhelmed by the scene. Even when Michigan won the national championship in 1997, Dave was relatively unimpressed. I’ve met many Michigan alums who are all too eager to wax lyrical about their time in Ann Arbor, but Dave seemed disconnected when I pressed him about his college years. Honest to a fault, Dave said of his time, “I liked it, I didn’t love it.” Looking back, it’s clear that his mind was already spinning with ideas for his future. 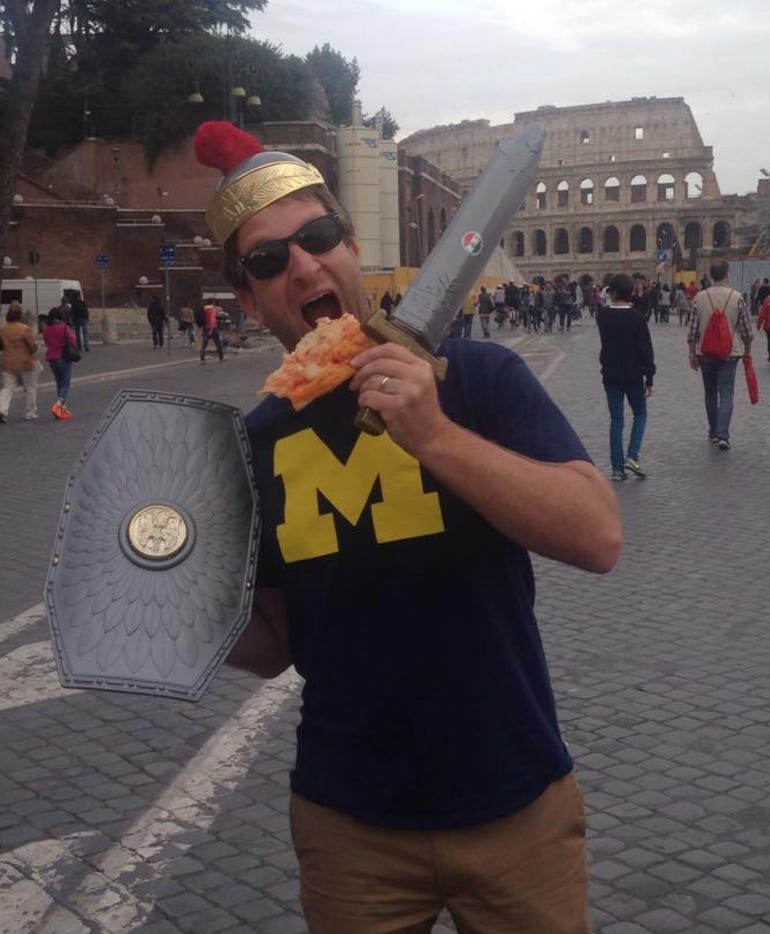 In 1998, Dave graduated from the University of Michigan with a degree in education. He had wanted to study business, but the business track required a pesky foreign language credit. Despite multiple efforts at introductory Spanish, Dave was incapable of speaking anything other than English and, as a result, he switched his major to education.

With his degree in hand, young Dave returned to Boston, where he moved into an apartment with 6 high school friends. He picked up a job as the only non-Indian employee at an IT firm (he was in sales; the rest were actual computer guys). Rent was low, beer was cheap, and he was close to home. Still, his job, while not particularly difficult, left him unfulfilled and smelling of curry at the end of each day. In an effort to find his own spice, Dave developed an interest in sports gambling. For the first time in his life, he had some disposable income and the thrill of covering spreads and hitting money lines quickly consumed much of his attention and rent money. Within short order, he’d plunged headfirst down the rabbit hole of offshore gambling accounts.

Most young men, in the throes of a destructive gambling habit, would have despaired. But where many saw loss, Dave saw opportunity. Indeed, it was deep in the thicket of sports betting that Dave noticed a void–there were very few publications about betting. The few gambling sites online were tangled and overgrown with ads for various offshore gambling shops. Dave sought a simpler source for gambling info. Out of this, the Barstool Sports newspaper was born. 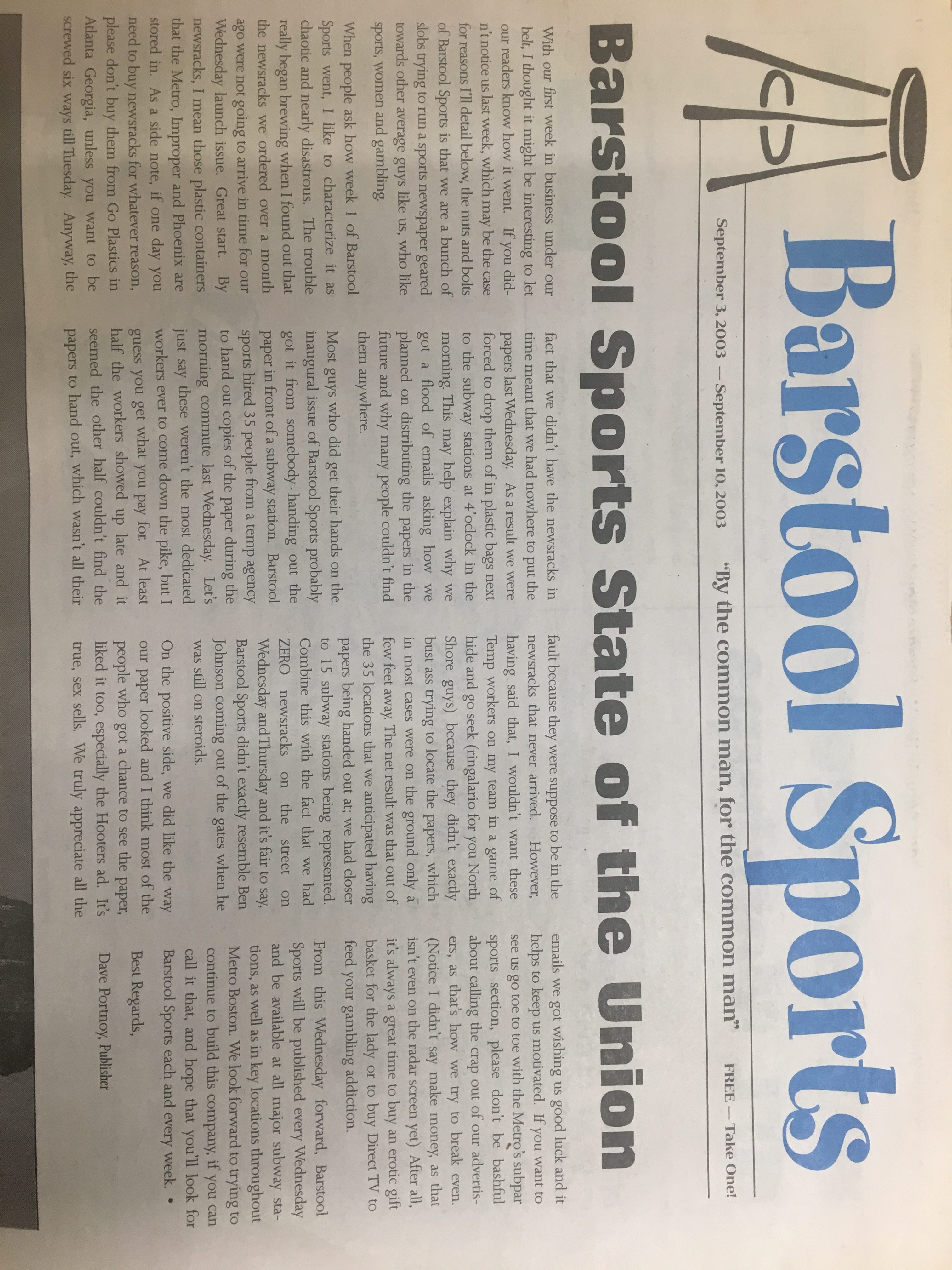 Before we get there, it’s important to note that the Barstool newspaper was not Dave’s first idea for a company; in fact, it was his third. The entire time he was working at the I.T. firm, Dave was formulating his own ideas for a company. “I always wanted to do my own thing,” he says. “I don’t know why; that was just how my brain worked. I always wanted to start my own business.” These days, that sentiment can be heard from the delusional mouth of almost every twenty-something, as they wait for the next episode of Silicon Valley to start. But back then, before the advent of Facebook, crowdfunding, and Shark Tank, starting one’s own company was much less common.

“I had 3 different concepts that I was legitimately deciding between to start,” Dave tells me as he taps away on his phone. His mind is never in one place. “One was to take all the furniture that college kids put on the corner when they move in and out. We’d go pick it up, warehouse it, and sell it online for dirt cheap.” It appears this idea never left the embryonic stages and was quickly discarded. His second idea, however, went further:

“The one I spent money on, and had the Indians design, was called ‘Next Step Scouting.’ It was designed for D3 athletes who wanted to play a sport in college but who weren’t being recruited. It would connect D3 coaches, who want to win just as much as D1 coaches, to players who hadn’t been noticed by the bigger schools.”

The scouting idea required building a network of scouts, relationships with college coaches, and a firm and vigilant grasp of local athletic talent. The Barstool newspaper, on the other hand, was researched and written entirely by Dave himself. In the end, Dave went with Barstool simply because it was an easier company to start.

While these ideas may seem disparate, they are linked by a common ideology—Dave was addressing the needs of the “common man.” Cheap furniture, athletes who had passed unnoticed by the big schools, and everyday gambling advice for the casual bettor–all three could easily embrace the mantra “by the common man, for the common man.”  Looking back, one can see strands of these original ideas woven into the fabric of the Barstool Sports we know today.