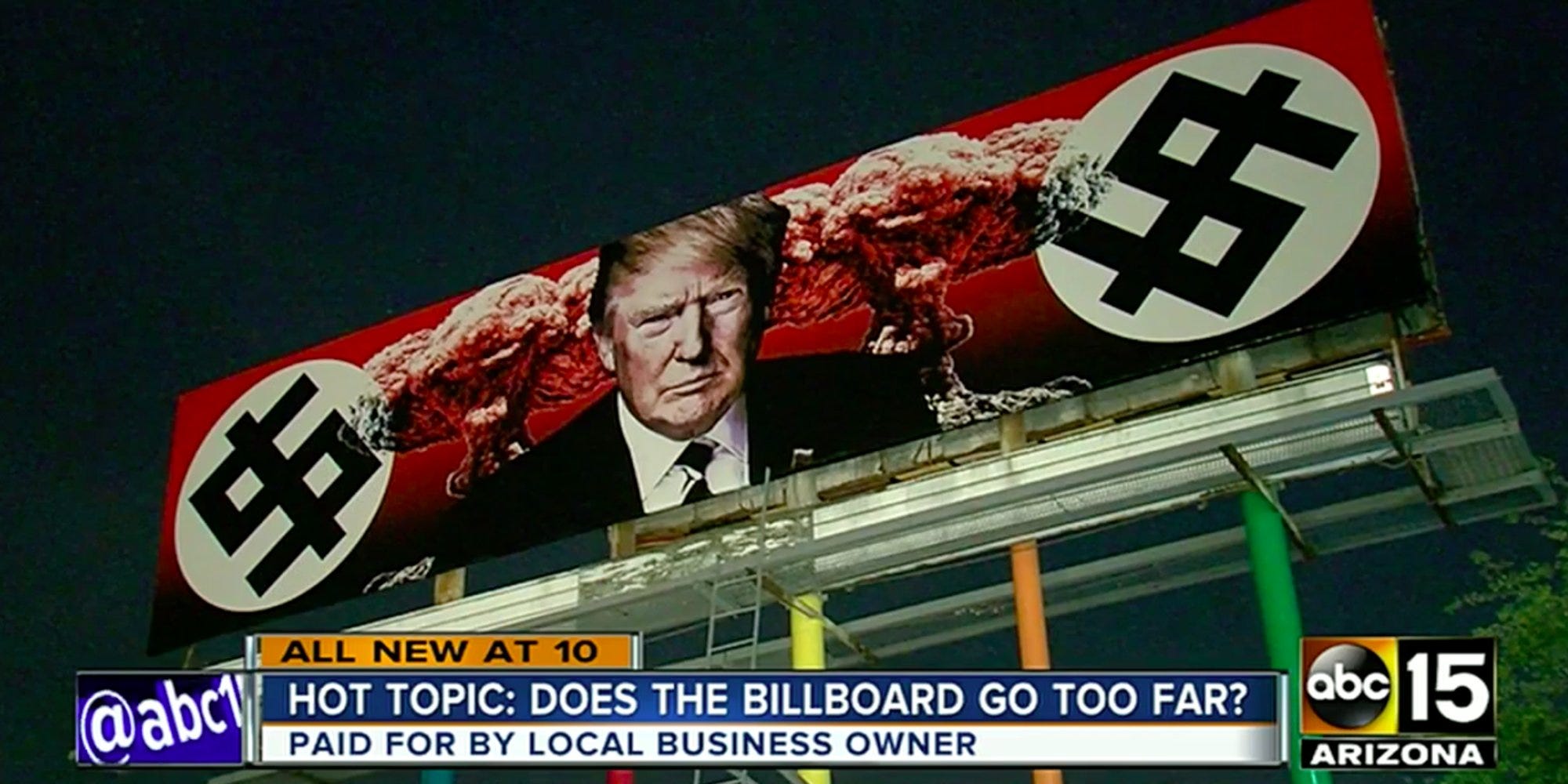 If we’re gonna call a spade a spade here, pretty aggressive billboard. I’ve seen some nasty things hurled The Donald’s way. Folks have shit on his hair, marched in the streets, called his wife a sleazy porn star (not that there’s anything wrong with that). But this here is pretty aggressive. Donnie surrounded by Nazi dollar signs, exploding nukes in the shape of evil clowns, all in the colors of the third reich? Not nice! Really just missing a klan hood and maybe an ISIS flag and you’d have the worst things of all time wrapped up into one billboard.

I like how there’s not a message or a phone number or a website or anything. Just Trump, nukes, Nazi dollar signs. “Local business owner” implementing the Barstool Difference marketing strategy.

PS — Shoutout to this soft body who wants the swastikas replaced with thumbs down signs.

“Maybe put some thumbs down up there around Trump or something but I don’t like waking up to the Nazi signs,” he told Arizona Central.