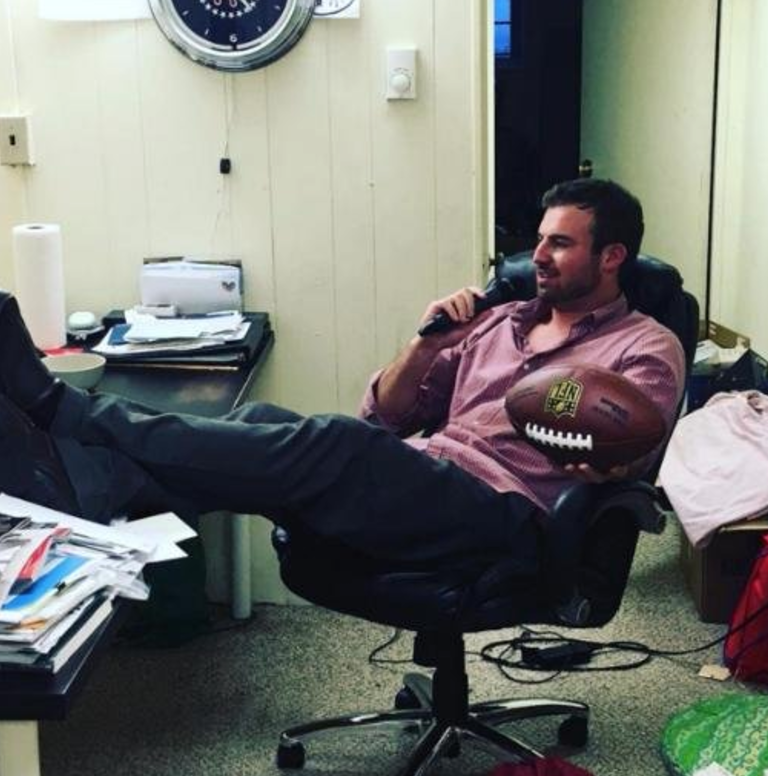 Adam “Smitty” Smith was born in 1984 in Malvern, PA to a mother and father I won’t name for their protection. He grew up in Malvern, a town 40 miles northwest of Philadelphia, home to Malvern Prep High School–an all-boys sports powerhouse. However, being a man of the people, Smitty scoffed at the Vineyard Vines ties and blazers required by the snobby private school (not because of choice). Instead, he went to the neighboring Great Valley public high school (one of the best public schools in the country. Look at this fucking weight room). 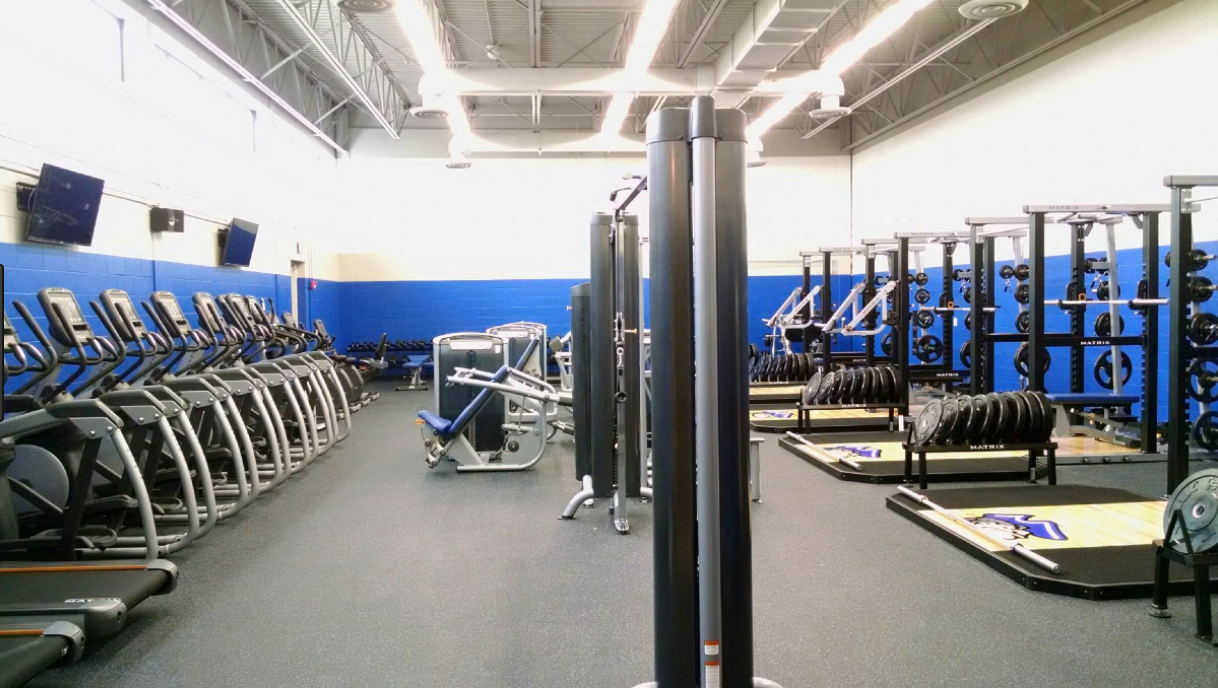 As it turned out, Great Valley was the place where Adam would truly find himself. When I asked if he was popular, he said he “tried to be nice to everyone,” like a little bitch. This may seem hard to believe, given the hard-nosed, rage-fueled Smitty we have come to know. However, as a teenager, Adam found an outlet for his aggression at the drum set. Yes–Adam was an accomplished drummer, performing in every school band except the marching band because the marching band is fucking lame. 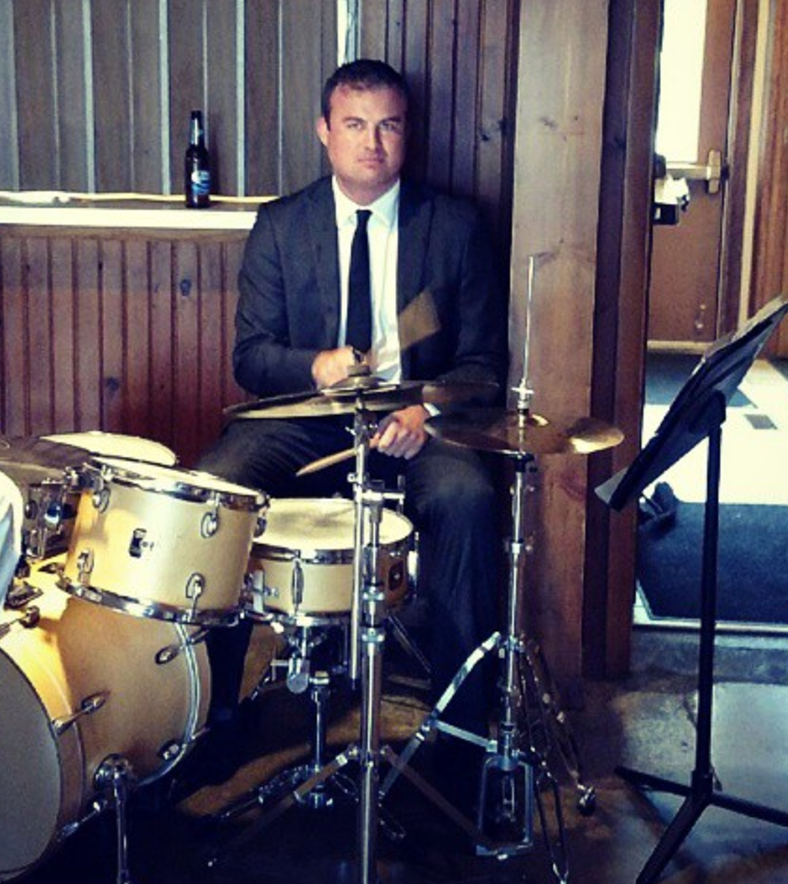 In addition to his rhythmic talents, Smitty played on the football, basketball, and baseball teams. But his size and hatred of humanity made him a special force as a tight end on the gridiron. If Rob Gronkowski and Charles Manson had a son, Smitty would have stomped on his neck.

Off the field, Smitty was able to control his aggression. As a joke, he ran for class president his senior year, delivering a hastily-crafted speech which won the hearts of his classmates. He took the office from his “asian friend,” a girl who has never forgiven him for stealing her 4th term.

Smitty was recruited to play football by Susquehanna University, a small D3 college in Central Pennsylvania. Leading up to his sophomore year, his career was put on hold when he tore his ACL and shattered his tibia during camp. The injury placed him in the handicapped dorms, where he discovered online poker, a pursuit that would come back to haunt him throughout his life. He returned to football a year later but quickly separated his shoulder. He played through the pain, but his explosiveness was fading. When I asked him how he felt about his football career, he looked out the window with a wistfulness that spoke of half-discovered dreams. No ragrets, he whispered. No ragrets. 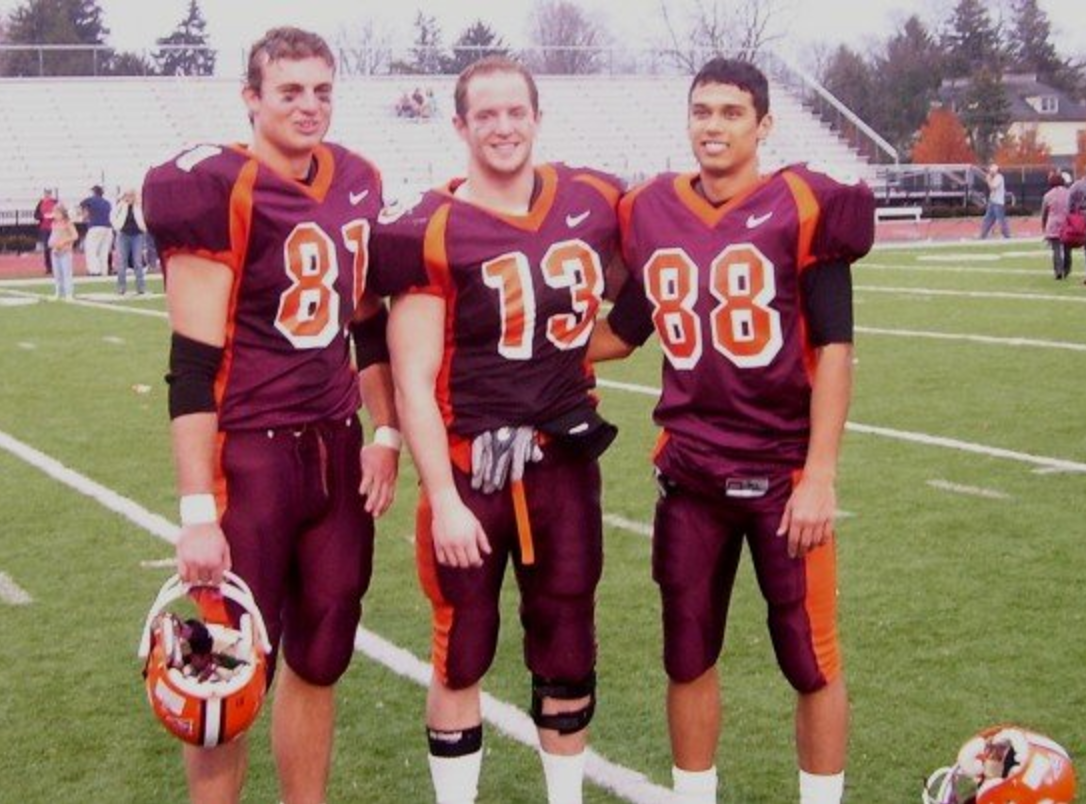 In 2007, Smitty graduated with a degree in broadcasting. He loved production and editing and was able to land a job back home with an upstart video production company. He would film local car commercials, sporting events, and other small-budget projects around high schools. He loved the work and was lucky to have it, despite the low pay.

Around this time, Adam and a friend urged each other to try standup comedy. They drove into Philly for an open mic night, where Smitty bombed telling jokes about Dikembe Mutombo’s dick. However, the experience lit a fire, and Smitty soon enrolled in a standup class. He began running around the clubs and bar shows of Philly, even performing seating duties in exchange for stage time at the Comedy Cabaret every weekend for over a year in Doylestown, PA. The club sat above a suburban Mexican restaurant. Seriously.

Still, through shear persistence, Smitty worked his way up from host to featured act. He began performing at Helium, Philly’s premier standup club. But the lights of bigger stages beckoned and, in 2010, Adam moved to New York City. His plan was to move in with his college girlfriend, work as a freelance film producer, and hone his chops as a comedian. Of course, he was in for a rude awakening when, at his very first open mic, a comic stole a number of his jokes. The next day, at another mic, that same comic performed Smitty’s jokes verbatim. When Adam confronted him after the show, the comic sheepishly said “hey, that’s how things go here.” (Smitty claims one of these jokes was then used in an episode of Curb Your Enthusiasm, where Larry and Seinfeld discuss the saying, “having said that.”) Welcome to New York, indeed.

In 2010, freelance work proved scarce. The standup scene was unwelcoming and disheartening. Smitty felt disenchanted, realizing he didn’t have the “it” factor. As money grew tight, he turned once again to online poker. Against all odds, he won a tournament and was awarded a $75,000 purse. Never the “smart investor,” Smitty immediately financed a trip for himself and 10 friends to Vegas. He returned home with a full heart and lighter pockets. Over the next week, he won another $125,000 playing in online tournaments. The gambling chapter had begun.

From 2010 to 2011, Smitty was a “professional online poker player.” By his own estimation, he was terrible. By the end of the year, he had lost everything: his girlfriend had left him, he was in credit card debt, and he hadn’t touched a camera or a comedy stage in ages. In the throes of a gambling addiction, he moved back home. The city, and gambling, had broken him.

Back in Malvern, Adam took whatever odd jobs he could find. He held temp jobs, coached baseball lessons, and sold artisanal pasta at a farmers’ market. On the side, he started his own sports blog to satisfy his reawakened creative urge. He called it “Almighty Philly.” By this time, he was following the upstart Barstool Sports, whose creator–Dave Portnoy–had put out an open call for a Philadelphia blogger. Smitty knew this was his dream job, and he was willing to do anything to cover his beloved Philly for Barstool. He applied, but in the end, the job went to Mo.

Down but not out, Smitty managed to convince Mo to bring him on as an unpaid blogger. The two worked well together and, in 2013, Portnoy started paying Smitty as a part-time employee. It was the first small validation of Smitty’s creative talent, and it cemented a path that eventually blossomed into a full-time position at Barstool Sports. 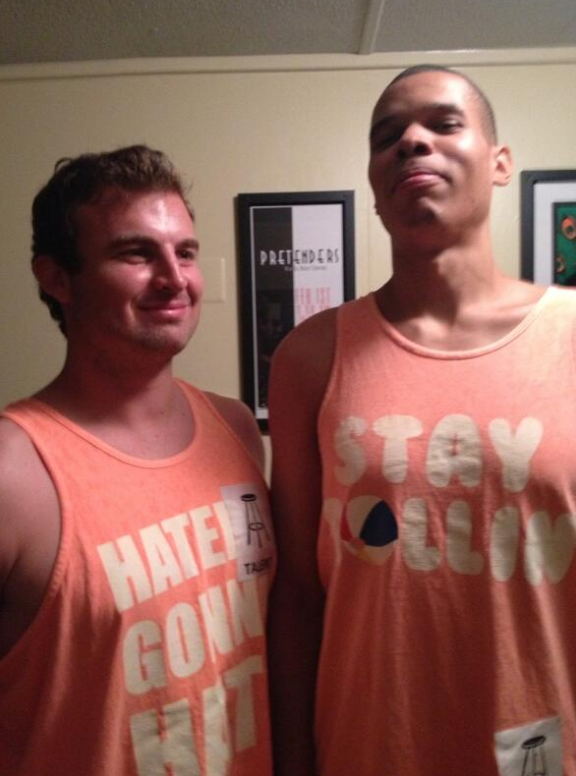 In his early years at Barstool, there were many ups and downs. Confrontational by nature, Smitty had a hard time adjusting to the expectations and structure (or lack thereof) that has characterized Barstool since inception. In fact, things became so contentious that at one point he was fired, only to be re-hired a week later. It was during this incident that the readership rallied around Smitty, displaying a level of support and loyalty that left Portnoy with little choice but to resurrect Smitty’s career. Since then, Smitty has established himself as the office “hardo,” a badge he wears with a mixture of pride and resignation. His on-again-off-again feud with Nate is a central narrative of the Barstool soap opera. Today, he continues to blog all things Philly-related and can be heard each week on Stool Drivetime, Barstool Gametime, and Swipe Drunk Love. 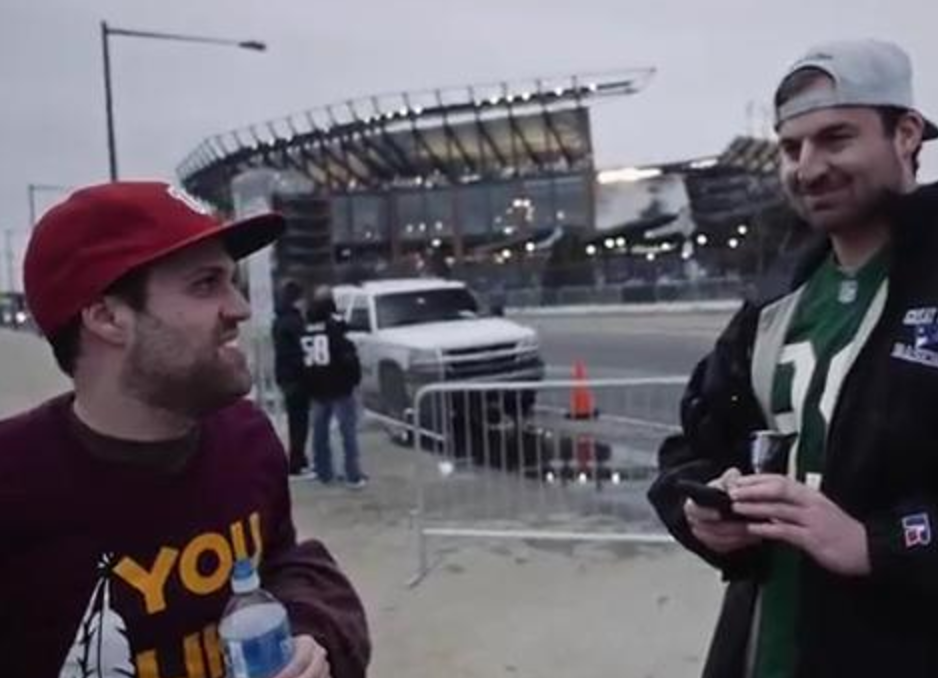 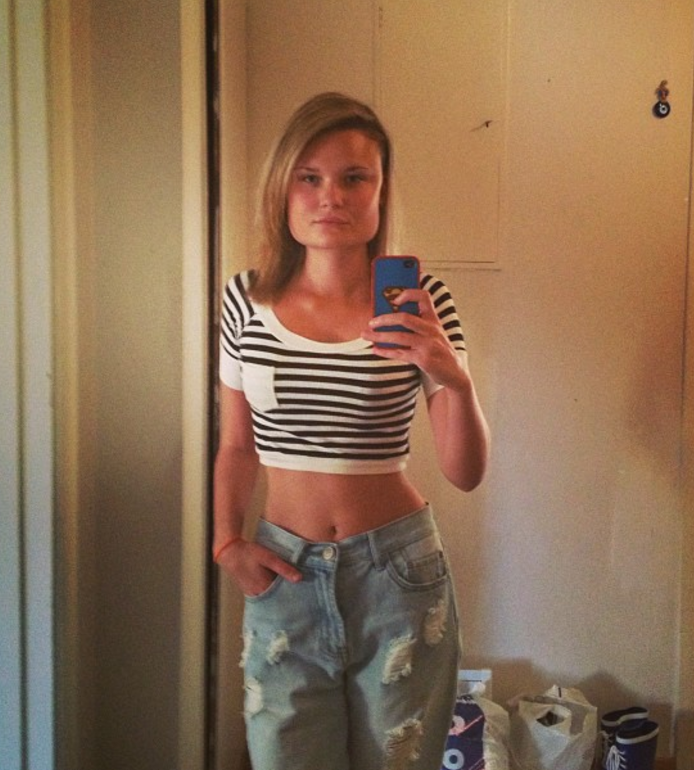