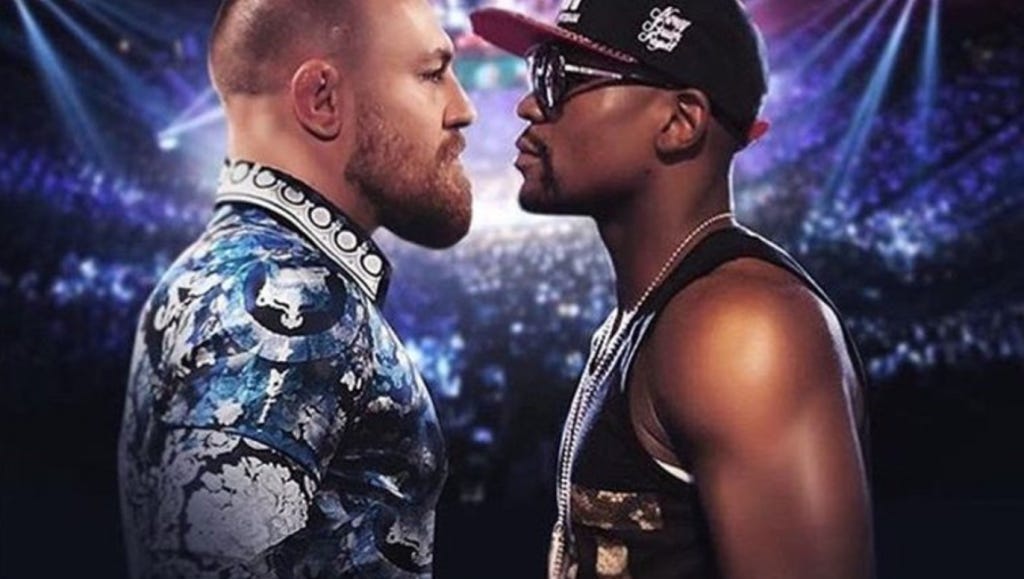 FloCombat- Sources close to FloCombat have confirmed T-Mobile Arena in Las Vegas has put the June 10 date on hold for the mega-fight between Floyd Mayweather and Conor McGregor.

This news of course does not mean the fight is official or is guaranteed to happen, but the largest arena in the fight capital of the world reserving a date certainly means the fantasy bout is moving closer to reality.

Folks, the biggest super-fight in the history of super-fights is going to happen. I don’t believe it’ll happen on June 10th, mere weeks after Conor McGregor’s baby is born, but I do believe this is a sign negotiations have moved to the next step.

I’m still sticking with my November-ish prediction, along with my Mayweather by decision prediction. So while not much has changed in my opinion of this whole fight, this is the only noteworthy advancement to come of it since January, when I last blogged the story. I know for a fact that this will be eerily similar to Tex’s fight in the Rough N Rowdy, where everyone knows the result going in, and we all think it’s kinda stupid until they’re both inside those ropes. Then the blood starts flowing, and the “Why not?” mentality kicks in. I mean, watch Stool Scenes this week. We convinced ourselves that Tex had a shot. TEX!!! If you’re the hardo who says you won’t even slightly convince yourself McGregor can win on the night of the fight, you’re either wrong or an asshole. I know deep down that McGregor legit has no chance. It’ll be the biggest murder in the history of boxing. No fight will ever be more lopsided. But when he steps into that ring…man, I’ll be going nuts.