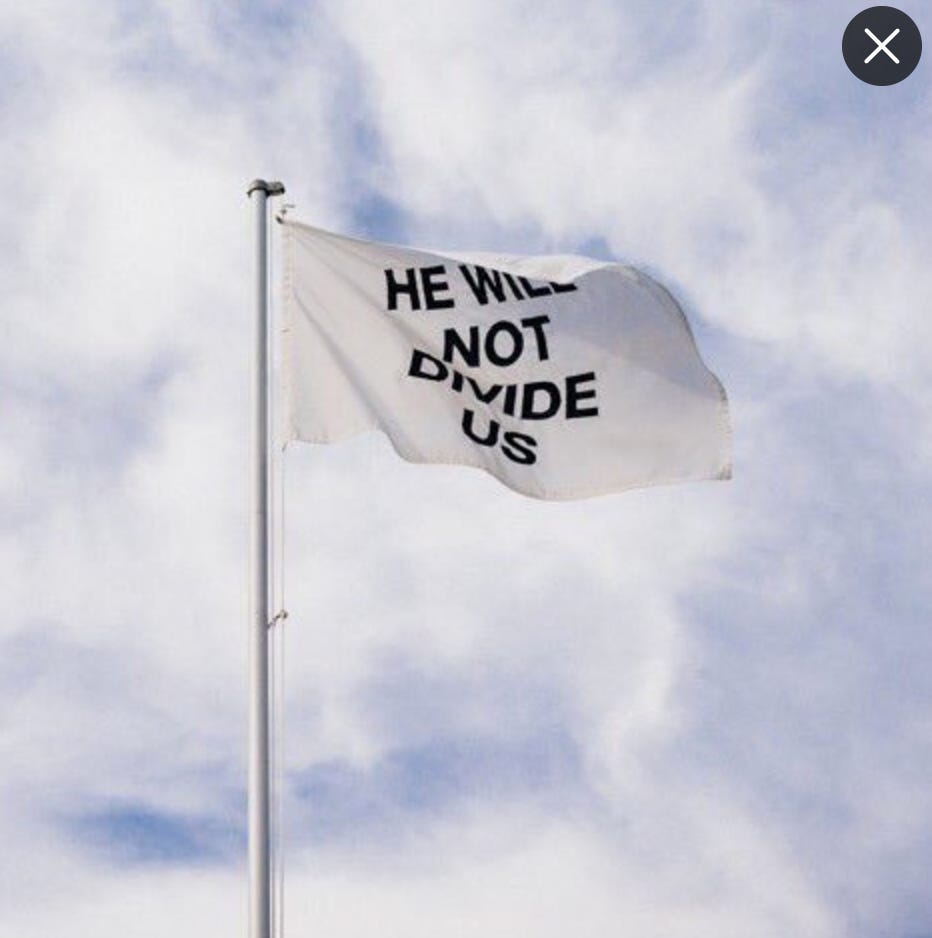 Heat Street – A good rule of the Internet is to never tell 4chan something is impossible.

The anachronistic message board has had a field day in the past few months trolling Shia Labeouf’s “He Will Not Divide Us” livestream. The stream was set up to protest Trump and encouraged “resistors” to stand in front of the camera and chant the eponymous mantra.

Pretty soon 4channers arrived on the scene and began yelling pro-Trump slogans and trolling Labeouf so hard that he lashed out and got arrested. The stream had to be moved from a museum in Queens to Albuquerque, New Mexico, following an escalation of “white supremacist” activity. Then gunshots drove the stream out of Albuquerque.

The stream was finally moved to an undisclosed location by Labeouf and the two other artists, Rönko and Turner, who intended to stay there for the duration of Trump’s presidency. The stream was pointed upwards to the sky to a flag that said “He Will Not Divide Us.”

The claim that the flag would stay there for the “duration” was taken as a challenge by the folks at 4chan. They were given a seemingly insurmountable task to play the greatest game of capture the flag ever played. No clues tipped them to the location. But somehow, with the power of determination and youth unemployment, they found it and they trolled it hard.

Just a hilarious story right here that begs the question I’ve been asking for years – what the hell did people do before the internet? What did anyone do for fun? I think that’s a trick question, there was no fun before the internet, there couldn’t possibly have been. Certainly not a good enough way to get revenge. Whether it be a cucking bike themed aerobics class instructor or Shia LaBeouf and his anti-Trump campaign, the internet is the best place to strike back at the people you dislike the most.

Take for example 4Channers. Right up there with Anonymous as the virtual community you do NOT want to get on the bad side of. I mean look at the dedication here. Look at what they went through just to find Shia LaBeouf’s flag and take it down.

The search began on March 8 and was immediately narrowed when Labeouf was spotted on social media at a diner in Greenville, Tennessee, although some in the thread still believed the flag was in the Great Lakes area due to wind patterns. The time of the sunset in Greenville matched with the time of sunset on the stream, and so did the weather on local weather reports.

4channers began looking into flight patterns. One of the few clues available on the stream were the contrails left by airplanes. Greenville was finally confirmed as the location after two planes observed on online flight radars intersected over the town and were seen on the stream.

Finally when three planes flew over the area, 4channers were able to triangulate an approximate location of the flag. 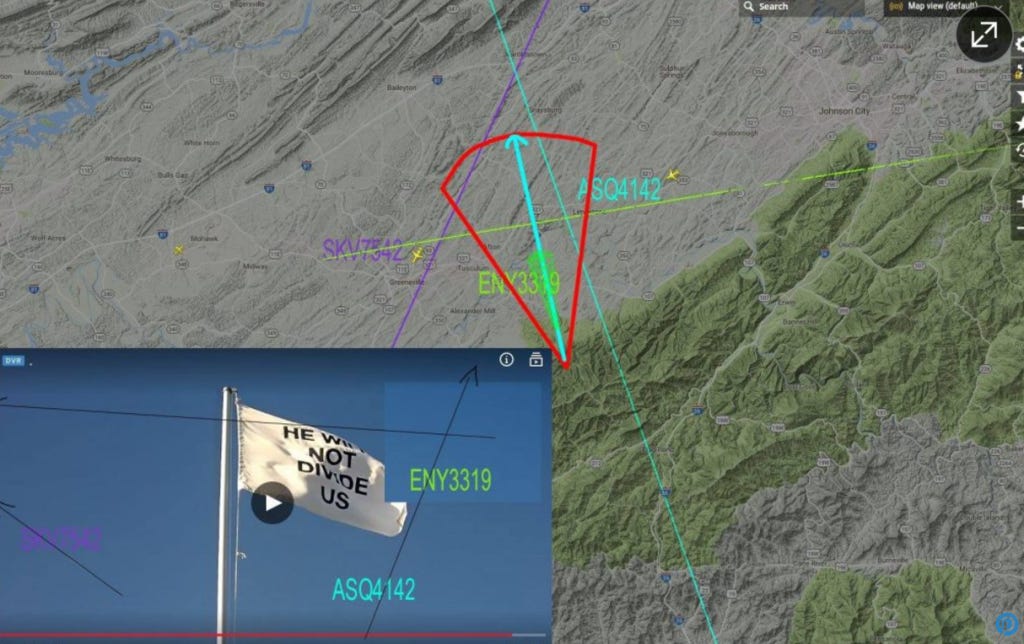 This area was too large to search unfortunately. The 4channers began looking to the stars, using ancient astronomy to help map the direction of the camera and pinpoint a more precise location. 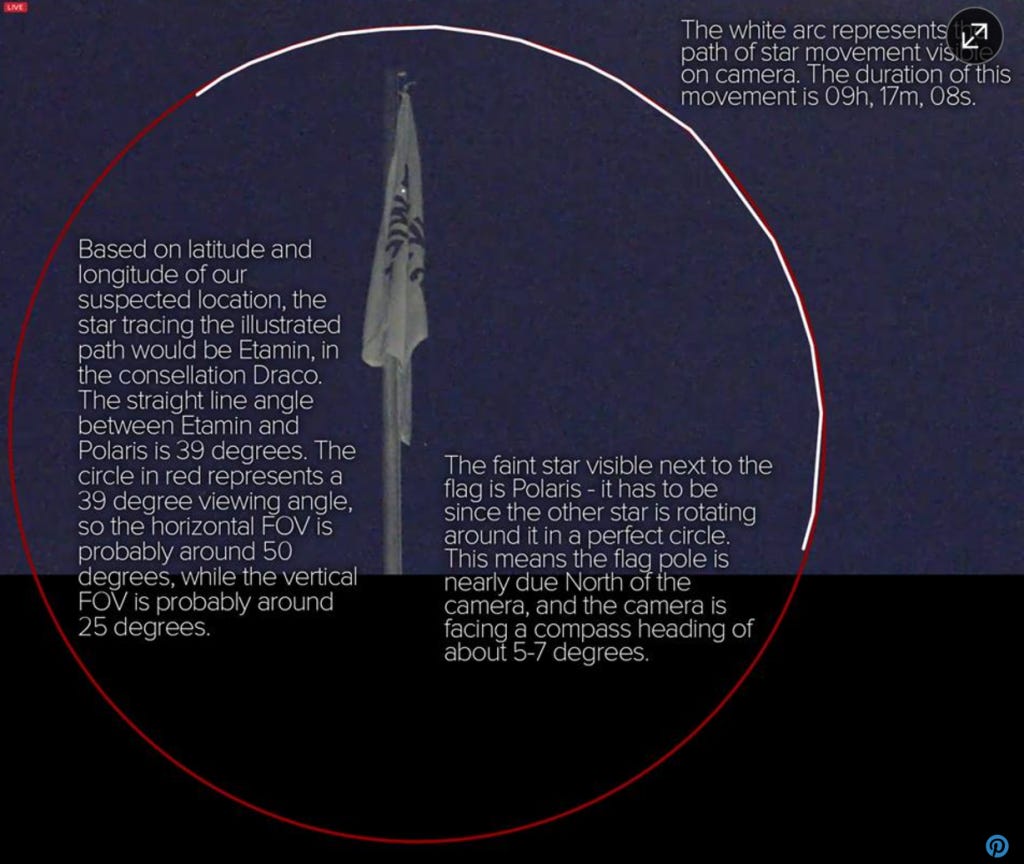 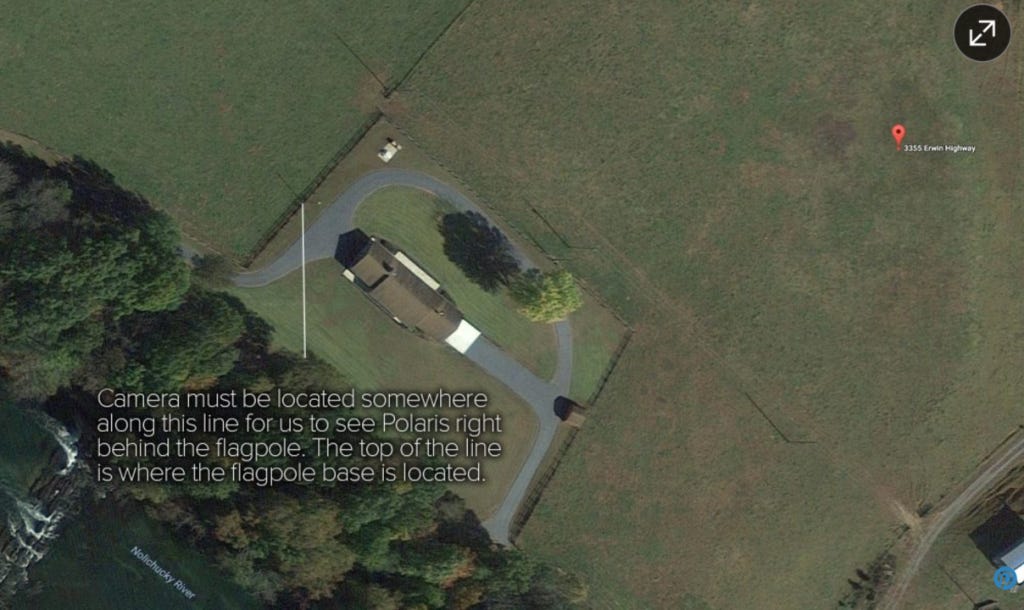 They also sent out a guy in his truck to honk his horn around Greenville to see if they could hear it on the livestream, to mark the location.

The trail led into a field on private property next to some poor soul’s house. Tennessee based 4channers were standing by to capture the flag. After scoping out the area for hours they finally made a move. The anonymous group stole the “He Will Not Divide Us” flag and replaced it with a Trump “Make America Great Again” hat and a Pepe the Frog t-shirt.

Analyzing flight patterns on a YouTube video then consulting star maps and astrological movements to find a flag and replace it with a “Make America Great Again” hat and Pepe the Frog t-shirt. Next Level.