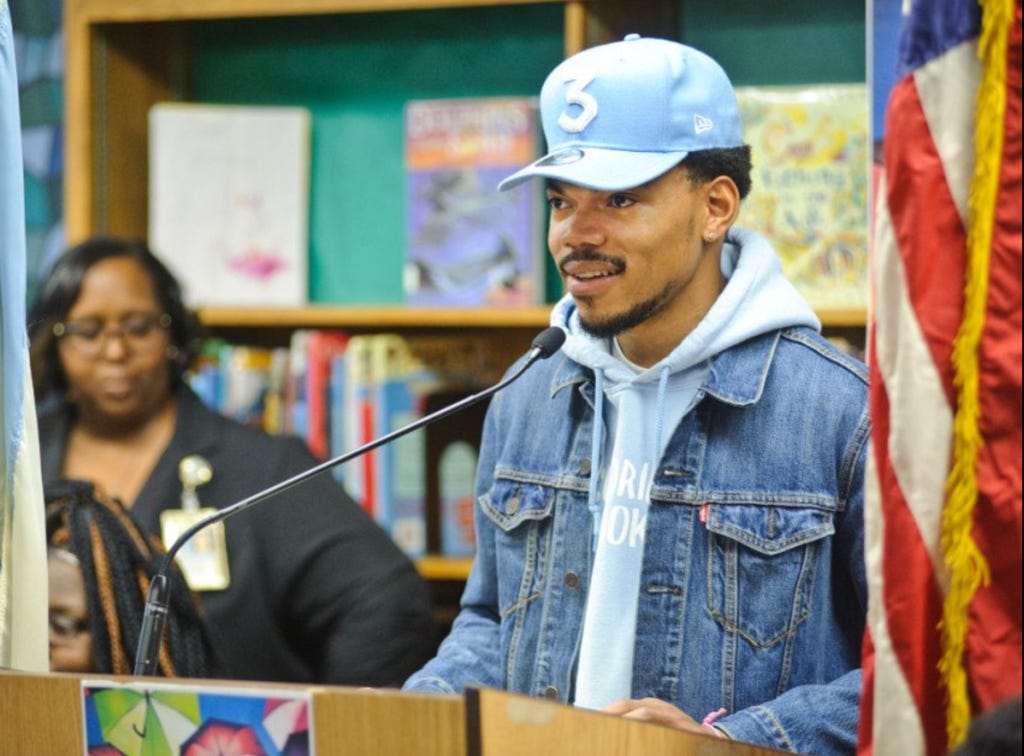 Pitchfork – Chance the Rapper held a press conference today at Westcott Elementary School in Chicago to announce that he is donating $1 million to Chicago Public Schools. “Our kids should not be held hostage because of political positions,” he said. He later revealed that he and Common will speak on the phone to discuss further funding.

The announcement follows his meeting with Illinois governor Bruce Rauner last week, where they discussed public education and other “important issues affecting” the city of Chicago and Illinois as a whole. Immediately following the meeting, Chance expressed his frustration, saying, “It went a little different than it should have,” and that he was given vague answers when speaking with the governor.

Chance is on a HEATER right now. 3 Grammys. 7 nominations. Basically universally beloved. All without a record label. How’s he follow up all the career success? Just a casual $1 million donation to Chicago public schools. As if dominating the rap game wasn’t enough for him he had to go and dominate the “human being” game as well.  Kind of a show off move IMO.

Lot of people talk about the problems in Chicago and how things need to change and how somebody needs to do something. Well as the saying goes don’t just talk about it, be about it, and putting up 1 million bucks of your own cash is a pretty solid statement that you’re gonna be about it.

Chance the Rapper – better person than a lot of us. Officially confirmed.