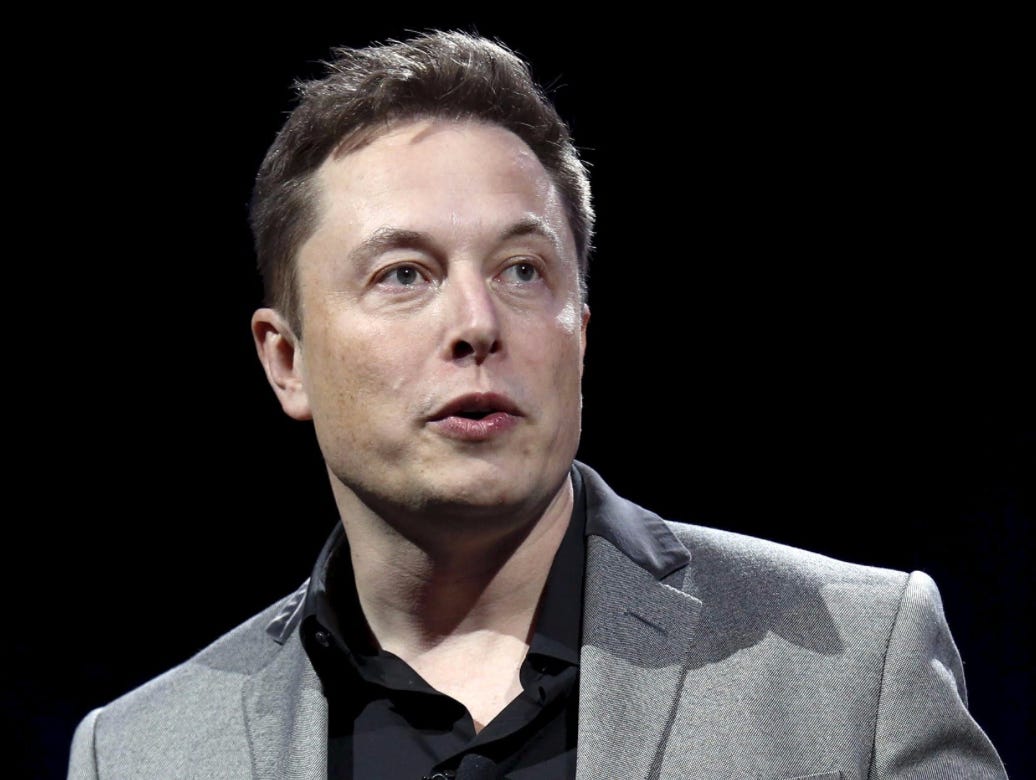 WaPo- SpaceX said Monday it plans to fly two private citizens on a mission around the moon by late 2018 as part of a lunar journey that would last about a week and travel deeper into space than any human has ventured before. SpaceX founder Elon Musk would not name the two individuals, who he said approached the company and would pay for the flight. The announcement is yet another bold declaration by SpaceX, the leader of a host of other entrepreneurial commercial space ventures that have ended governments’ long-standing monopoly on space. Musk is famous for laying out ambitious timelines and goals—he ultimately plans to colonize Mars, for example— that often get pushed back.

That last sentence says it all about Elon Musk. He’s a fraud. A fake. A phony. He’s been dubbed the real-life Iron Man and people suck him off for how smart he is but anybody can make outlandish plans and not follow through on them. Literally anyone can do that. Here I’ll do it right now. I think we should colonize the sun and use the UV rays to power Earth. Boom. Done. I want any and all credit if/when that happens. I also think we should make teleportation a reality and make it so candy makes you skinny. Boom. I’m a genius even though I don’t have to follow through with any of it. That’s the beauty of being Elon Musk. Say you’re gonna do awesome things and then just keep saying “Oh we gotta push that back” forever. It’s some George Costanza shit and I almost respect him for it but not quite because everyone buys his bullshit.  Then when he actually tires to do something he fails MISERABLY. Remember when Elon took Mark Zuckerberg/Facebook’s $200 million satellite on his rocket ship and blew it to bits? I do but people seem to forget that.

ANYWAY. These people agreeing to go on a Elon Musk rocket ship around the moon have a death wish. They’re gonna die. I’m calling it right now. These two private citizens are as good as dead. I don’t know who they are but they are dead people walking. Honestly the most shocking part about the mission is that Elon didn’t say he could land the people on the moon and have them play 18 holes on the golf course he designed up there. Other than that, this is completely on brand for Elon and it will fail spectacularly. I can’t wait (future RIP to those two people though).