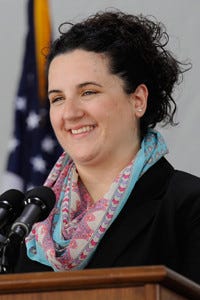 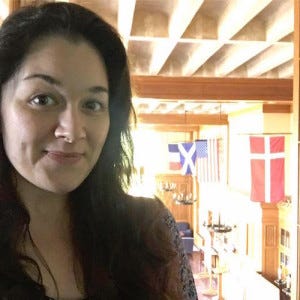 In a criminal complaint the I-Team obtained, Harvard University police allege Meg DeMarco, 33, and Darris Saylors, 32, used the funds to purchase laptops, iPads, DVDs, jewelry, and even a few X-rated items. In all, the police investigation said the women stole about $110,000. …

Court documents say a subpoena to Apple traced the items to DeMarco’s home in Chelsea and Saylors’ apartment in Cambridge. Police also discovered items at the homes of Saylors’ friends and family in California, Washington and Tennessee. …

Saylors is accused of frequenting Amazon for a long list of online purchases like purses, clothing and jewelry. The investigation even found she used the Dean of Students purchasing card to buy sex toys.

Police say she then tried to hide the purchases in budget documents by changing the descriptions to things like, “textbooks for disabilities accommodations.”

I’ll give these walking burlap bags full of assholes credit for one thing. Meg DeMarco and Darris Saylors understand the first rule of crime. It’s the same lesson Mike Ehrmantraut tried to teach Walter White: No half measures.

Once you start stealing money that’s earmarked for seeing eye dogs, wheelchairs and handicapped ramps, you have to go big or go home. Just go total Lex Luthor on the world. You’re going to Hell anyway, you might as well go for a management position once you get there.

Satan: “Why are you down here, Darris?”

Satan: “Holy shit! That’s grim even for me and I’m the Prince of fucking Darkness. Have a seat. I’m putting you in charge.”

And while we’re handing out kudos, great job by Harvard Law. It has to make you feel really good about the future of American jurisprudence to know these two criminal masterminds managed to spend a hundred grand on purses, iPads, bracelets and rubber dongs right under their noses. These are the people that are going to be training our next generation of lawyers, judges and Supreme Court justices. And they got outsmarted by two dumpy hausfraus who don’t have the common sense to hide their Amazon purchases. It’s like we used to say when I worked in the Mass court system, you can always tell a Harvard man. But you can’t tell him much.