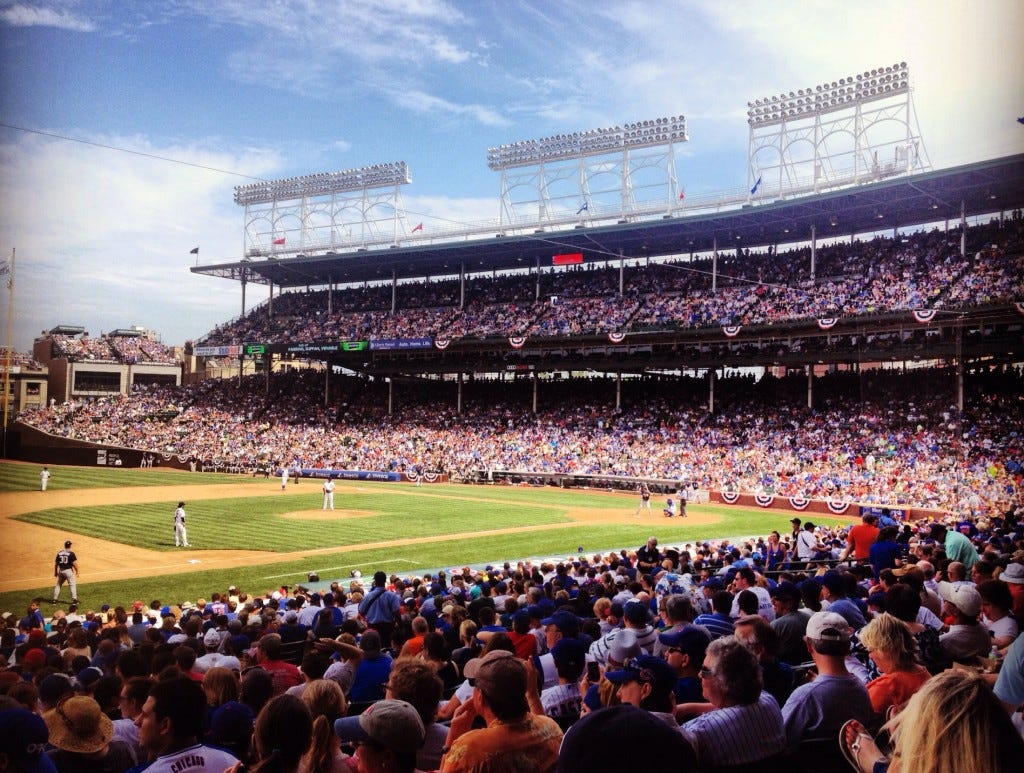 Chicago Tribune – Cubs Chairman Tom Ricketts said Monday that the team plans to work with city officials to put together an attractive bid to host baseball’s 2020 All-Star Game at Wrigley Field. The Cubs last hosted the game in 1990. “Hopefully we’ll be able to sit down with the city here over the next few months and iron out what it takes to be the leading bidder,” Ricketts said during an appearance at a City Club of Chicago luncheon.

The chairman said the team has poured $600 million into Wrigley renovations. Much of that cost goes to steel, concrete, electrical and plumbing. A new sound system and the new American Airlines 1914 Club, located behind home plate, will be ready for Opening Day 2018. As for the All-Star Game, Ricketts said the Cubs are still looking into the logistics of what it would take to host, noting it involves essentially five days of festivals and events. Miami will have the 2017 All-Star Game, followed by Washington (2018) and Cleveland (2019).

This story started to bubble up at the team convention a few weeks back when Cubs’ president Crane Kenney acknowledged the possibility of a bid for the 2020 ASG at Wrigley. Exciting? Slam dunk yes. I would love to see the action on Waveland and Sheffield during the derby. I’d love the extensive coverage around Wrigley and all the bells and whistles that come with the game. But CK’s comments really weren’t much more than a simple we’re kinda sorta maybe thinking about it. Lots of moving parts on the northside right now so it certainly makes sense. (Sidebar: if you haven’t been to Wrigleyville this offseason, the place looks like an absolute war zone. On the bright side, the new office looks like a goddamn Johns Hopkins cancer research facility with Taco Bell receiving major cosmetic upgrades as well.)

Now things are different. Ricketts is taking the next big step and publicly lobbying for the city’s support, which essentially means all systems go on this 2020 ASG bid. And as we’ve come to know, Ricketts puts his money where his mouth is. All of his money. Like, take for example, the $600,000,000 poured into Wrigley renovations mentioned above. Almost all of that has been Ricketts’ family money. And unfortunately, that may impact whether or not the Cubs win the bid…  MLB is (presumably) inclined to award All Star Games to publicly financed stadiums. Here’s a list of the recent ASG hosts and the percentage of public financing used to build the stadium. 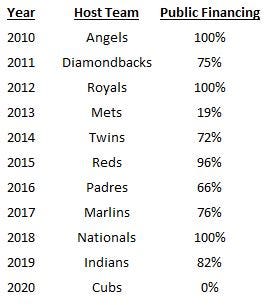 Notable exception to the Mets in 2013 as they only used public financing for 19% of stadium costs, but managed to land $400m in a naming rights deal with Citigroup. Notable for two reasons: (1) Citigroup inked the deal shortly after receiving a $45 billion bailout and (TWO) it’s about 3.5x larger than the next naming rights deal in MLB.

The point is MLB has shown a recent tendency to favor bidding teams that, for a lack of better words, could really use the business. That’s relevant because the Cubs are – unquestionably – the last team in MLB that needs the business. Mix in the fact that Chicago as a whole is a complete clusterfuck and it’s not unreasonable to think that Rob Manfred and MLB will pass on Wrigley without major, major city support. So insert Rahm Emanuel, the hero Chicago     cannot get rid of. The guy who said Ron SantoS was a fine ball player. A man with the unique gift of inducing mass labor strikes, seemingly without cause or concern. That’s the guy we need backing up our bid, so excuse my cautious optimism.

That said, we do have this dynamite quote from MLB Commissioner, Rob Manfred: 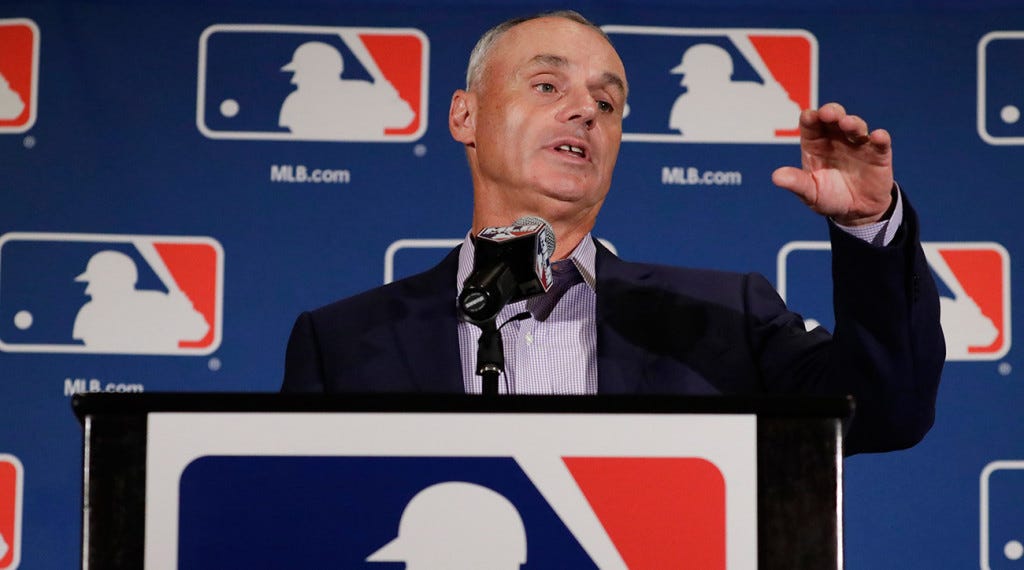 “I will say this. A renovated Wrigley Field would be a great location for an All-Star Game, and Chicago’s a great city.”

I don’t love that he leads with I will say this, but I’ll take the kind words nonetheless. My guess is that the renovations will suffice provided Manfred and League officials get full cooperation from the city to embrace the challenge of hosting 5 days of ASG events. Again, remember that Chicago contributes NOTHING to the Cubs. It’s a city that rejected an immensely basic amusement tax to speed up and offset the Wrigley renovations. A city that did everything in its power to protect rooftop owners against the only thing that made the rooftops valuable in the first place. And, simply, a city that just cannot get out of its own goddamn way. The stars are aligned for a 2020 ASG, but if anyone can fuck this up, it’s our local government. So let’s see how this plays out.

In the mean time, here’s some footage from the 1990 ASG at Wrigley. Go ahead and jump to the 2:35 mark for a Lenny Dykstra cameo and standby until 2:50 for the Ryne Sandberg intro chills.

PS – Crazy how much TV sucked back then. 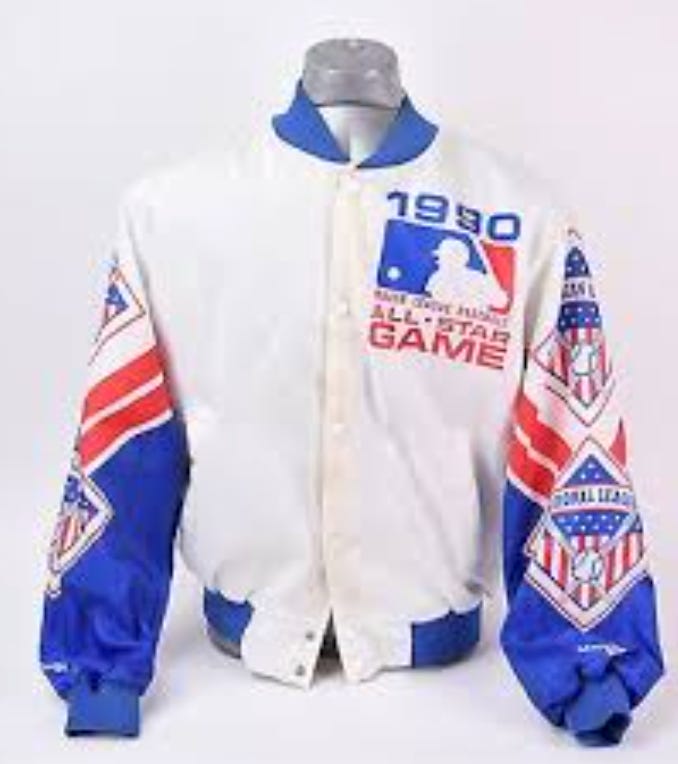 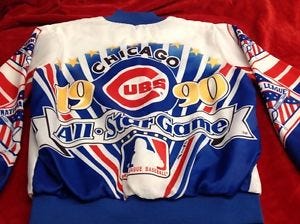 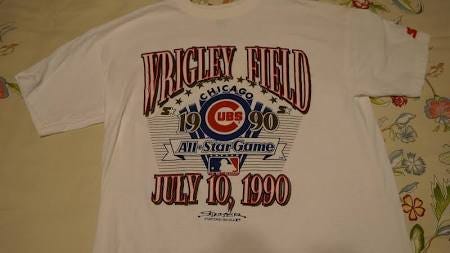 Any “go-to”  t-shirt is date stamped and that’s not up for debate. 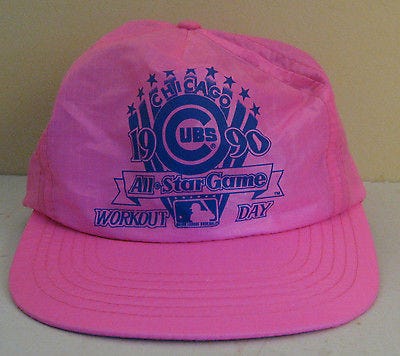 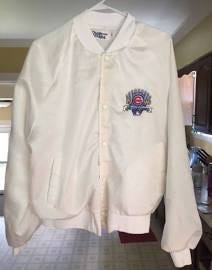 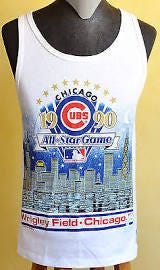 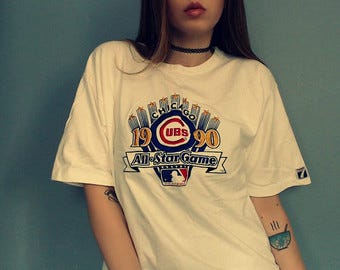