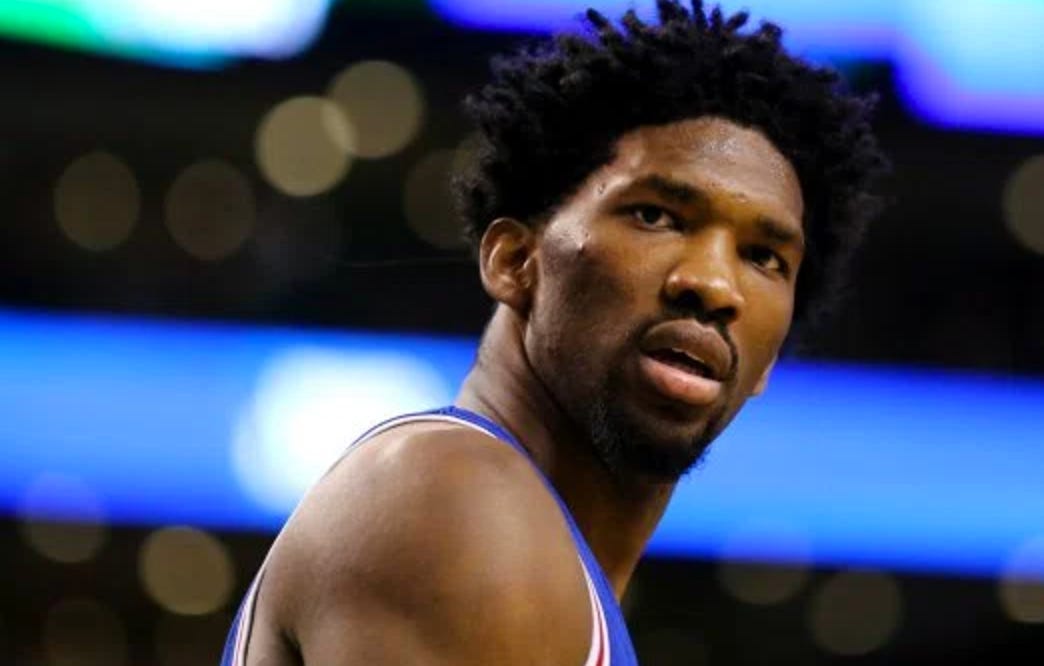 Figures. Not exactly the biggest shocker in the world. The Sixers have been babying JoJo while cockteasing the fans all season, so this news means one of two things:

A) We’ve gone from subliminally losing to full on Tankadelphia 4.0, which isn’t necessarily the worst thing. Sure, we’d all love to see these young guys out there, but let’s be real. These are kids who try to do a LOT out there on the court. It may be best to keep them in the stables until it’s truly time to start racing. And I’m no doctor (yet), but Embiid has been shooting around barefoot and generally been looking healthy out there in practices. Plus we’ve seen Embiid’s knee is good enough to shake it on stage with Meek Mill, even though I HATE how this image only fuels the fire of the old school and mighty sports talkheads:

“Oh if he’s healthy enough to dance on stage for 30 seconds then he should be man enough to play 48 minutes vs. the best athletes in the world” Piss off.

Or B) The Sixers medical staff consist of the most incompetent asshats in the known universe and we are on the brink of razing South Philly to the ground. An injury that has been described as a day to day bone bruise has now turned into swelling of the knee that requires a MRI. So it’s either something really, really not good, or the Sixers have been (or are) straight up lying to us about everything. The latter isn’t comforting, but at least it’s better than assuming they don’t know what the fuck they’re doing. Which is a huge assumption.

But at least Ben Simmons drank his milk (got some sort of fancy injection) and may return to actually having healed bones soon. So we’ve got that going for us. Which is nice.

One day we’ll be allowed to have nice things. One day.

PS – Joel’s knee looked fine and dandy last week in NYC. And by that I mean it was petrifying Embiid wasn’t being carried around on pillows like a Roman Empress. Don’t let that man risk his and our collective futures by walking and subsequently shattering his shit. Also, my father has been showing this picture to people and asking “Which one is my son?” Such a ruthless Dad move you have to respect it.