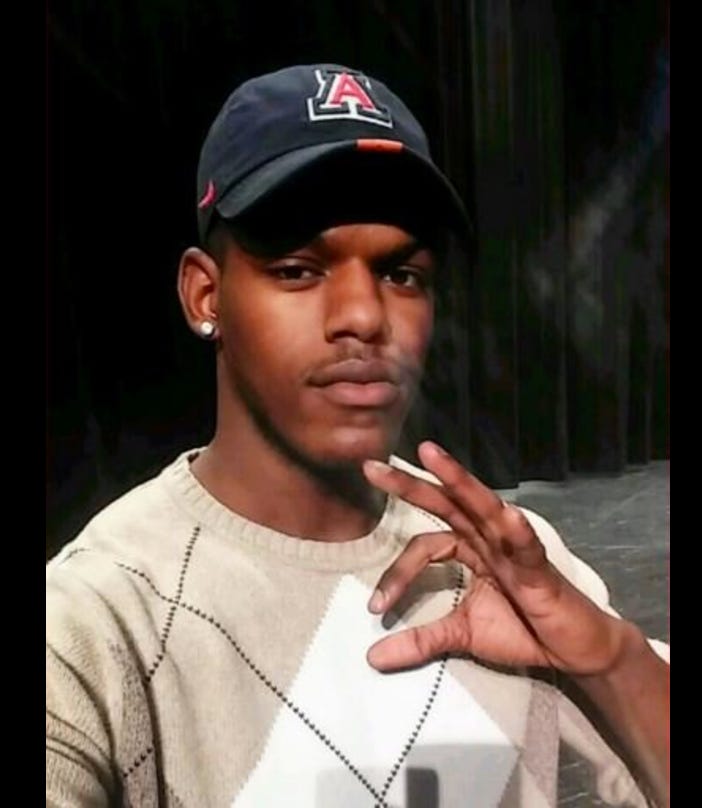 “I do feel like when I say that (I’m gay), it can put a target on my back. But whatever,” Johnson told The Arizona Daily Star ( http://bit.ly/2lHRRAC ) for a story Saturday.

Maybe I’m just super progressive and open minded but being gay in sports has always been and continues to be the biggest non-issue in my mind. Can you play and are you a good teammate. Literally the only two things that should matter.  Why the fuck would you care about anything else except whether a guy can help you and the squad reach your goals?

That’s not even trying to be PC in the least bit – it’s just common sense. My-King Johnson is 6’4″ 225 and ripped to shreds. When he hits you from the blindside and your helmet flies 30 feet in the air and little bones in your back are broken and floating through your bloodstream it’s not gonna matter what gender he has sex with after the game. You’re just gonna be worrying about how quick the ambulance can get you to the hospital. The concussions he dishes out are gonna hurt the same whether he’s gay or straight. That’s all I would give a shit about if I was a D1 athlete trying to win a National Championship.

Talent over everything.  Michael Sam couldn’t play in the NFL and washed out. If My-King Johnson can play (and judging from his YouTube film, this motherfucker can play), then he will for as long as possible, at as high a level as possible.

Also just had to be mention-