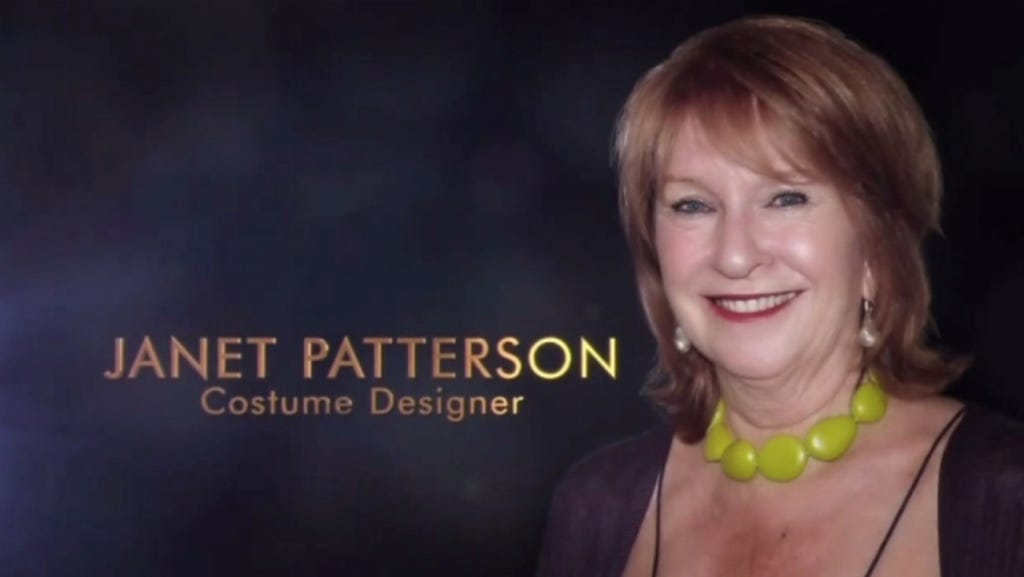 Variety - Leading Australian producer, Jan Chapman was “devastated” by another mistake in the Oscars telecast.

In addition to the best picture gaffe, during the show’s In Memoriam segment, a photo of a living woman was mistakenly used.

Janet Patterson, an Australian costume designer and four-time Oscar nominee (“The Piano,” “Portrait of a Lady,” “Oscar and Lucinda” and “Bright Star”) passed away in October 2015.

Her name and occupation were correct in the montage, but the photo used was of Jan Chapman, a still-living Australian film producer. Check out the erroneous image above.

“I was devastated by the use of my image in place of my great friend and long-time collaborator Janet Patterson. I had urged her agency to check any photograph which might be used and understand that they were told that the Academy had it covered. Janet was a great beauty and four-time Oscar nominee and it is very disappointing that the error was not picked up,” Chapman told Variety by email. “I am alive and well and an active producer.”

Props to Jan Patterson for waking up alive today. Oscars tried to convince her she was dead, oh no no no. Still breathing baby. Still kickin.

Hate to kick somebody when they’re down so let’s just say the Oscars production team, those guys could use a little bit of improvement. Maybe have a little meeting or an off-site or something, really buckle down and think of ways they can tighten up the ship for next year’s broadcast. First priority should be making sure the movie that wins Best Picture is actually announced correctly, as opposed to a movie that didn’t win. Next would be to make sure all the dead people in the RIP section are actually dead and not, in fact, alive. All minor things but things I think you should definitely look into for an awards show of this magnitude.

I don’t hate the idea though, by the way. Sneak somebody in every In Memoriam who is actually alive, kind of keep people on their toes, always have you guessing.  Really bring the fun back to the “In Memoriam” segment.