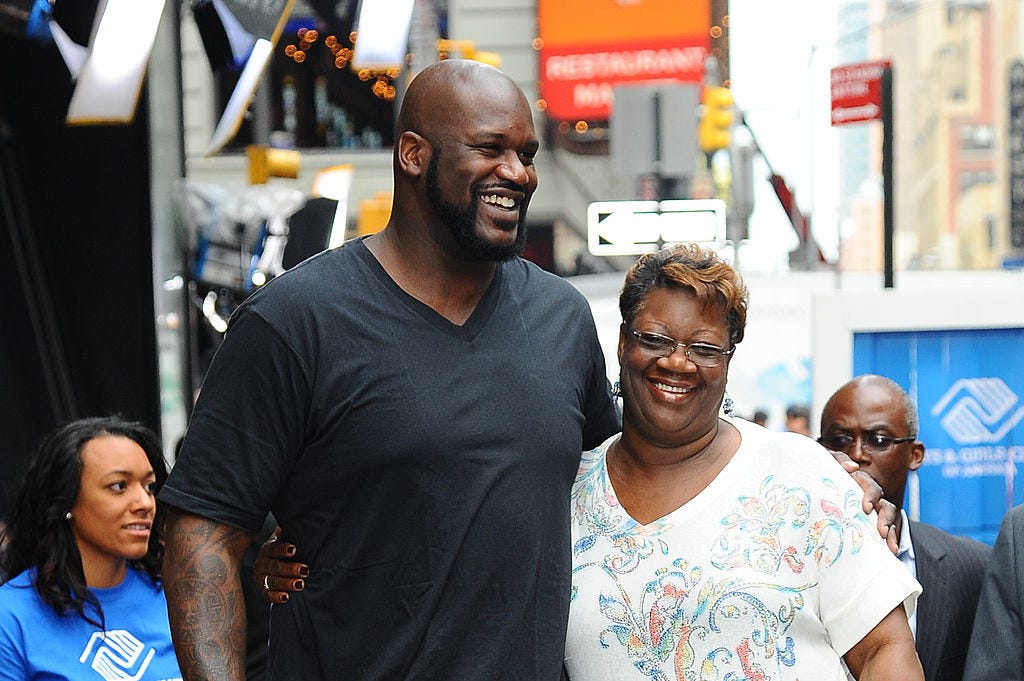 The Undefeated- Before he could tweet JaVale McGee again or say something on TV past the point of no return – something that might begin, “Yo mama” – Shaquille O’Neal received a telephone call from straight up the chain of command. “I have orders from the top to leave it alone,” O’Neal said past midnight on Saturday. NBA commissioner Adam Silver?

“No,” O’Neal said. “My mama. Just say Shaq’s mom called him, told him, ‘Stop this silliness. Leave him alone.’ So that’s the end of the beef. You won’t be hearing about it from my side anymore. Mama has spoken.” Said Lucille O’Neal earlier Saturday evening from her Orlando, Florida, home, “It’s not funny anymore, seeing the things they’re saying to each other. They need to squash this and move on.”

Ahhhh the old “My mom won’t let us fight anymore” excuse. I haven’t heard that one since elementary school. The perfect way to let everyone know that you could definitelyyyyy kick that guy’s ass, but your mom won’t let you. Yeah that’s it. So fake tough like Shaq it makes my head hurt.

And then on the other side of the equation, we have JaVale’s mom asking for Shaq to get fired or suspended.

McGee’s mama called later to essentially say: Not so fast. “He cyberbullied my son,” Pamela McGee said in an emotional, 30-minute conversation. “Totally inappropriate. Shaquille needs to lose his job or be suspended. The NBA needs to make a stand.”

This is whole beef is like an NBA fight in the real world. Lots of yapping but no action. We need to get Shaq and JaVale in a ring to squash this shit for good. Shit, lets put the moms in the mix and make it a mixed tag team match at Wrestlemania since the Soulja Boy/Chris Brown fight is off. I guarantee you Vinny Mac is in.

*However I will say that I believe Jay-Z’s mom ended his beef with Nas because the “Condoms on the baby seat” lyric was downright savage. Gloria Carter can’t be hearing that shit when she’s listening to her son on Hot 97.