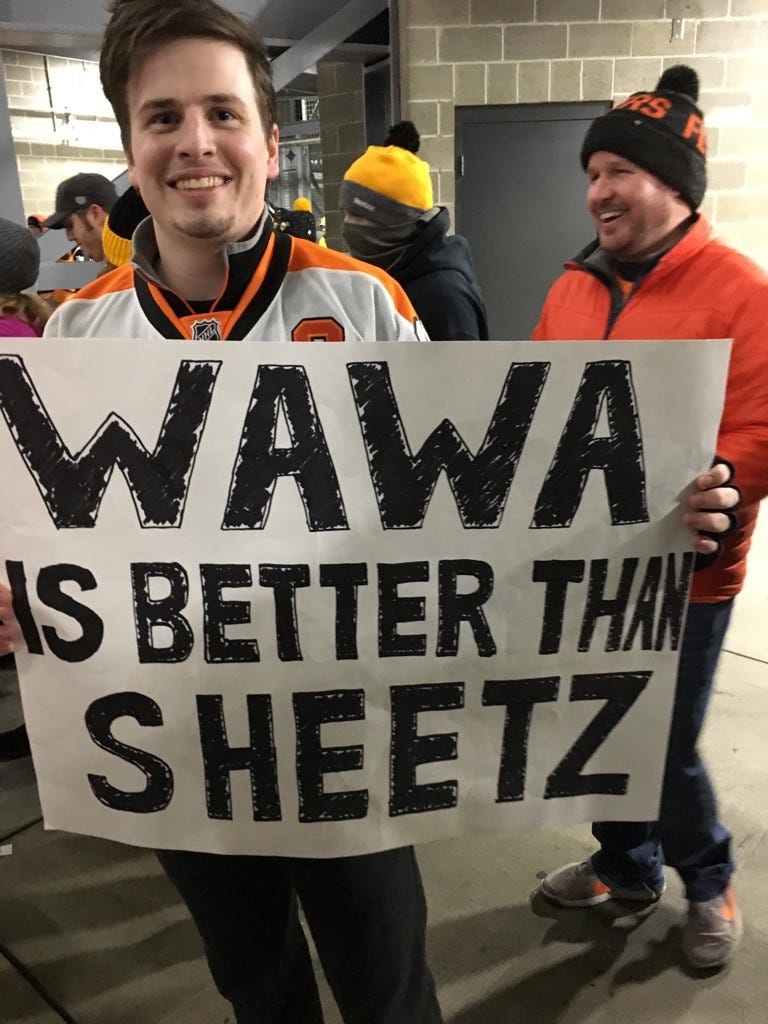 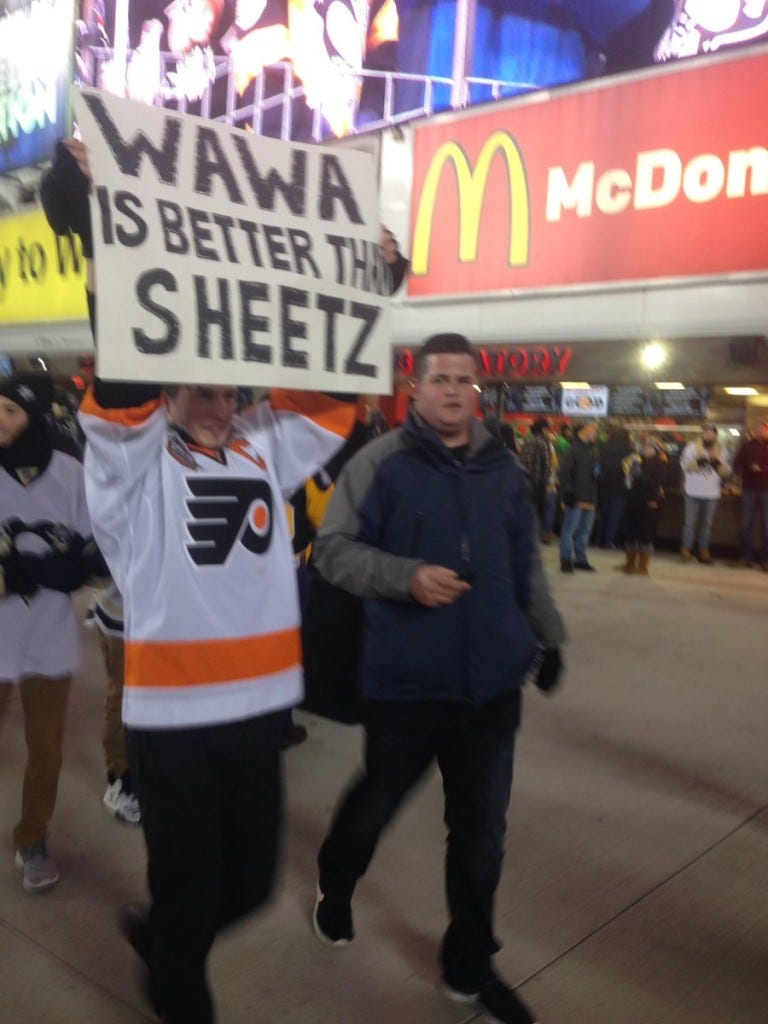 I don’t know how many times I need to keep telling you guys this but I am NOT some naive little bitch. I am fully capable of understanding the fact that when it comes to professional sports success, the city of Pittsburgh has the advantage over Philly. The Penguins have won 4 Stanley Cups since the last time the Flyers won one. The Steelers have won 6 Super Bowls to the Eagles’ 0. Pittsburgh has been just as successful in the NBA as the Sixers since ’83 and they don’t even have a team. So yeah, when you compare the two cities just upon professional sports success… Pittsburgh wins. But that’s it. That’s literally the only thing that Pittsburgh has over Philly. History? Philly. Fictional Boxers Who Ended The Cold War? Philly. Percentage of relationships that are NOT incestuous? Philly. All across the board, aside from professional sports, Philly kicks the shit out of Pittsburgh. And Wawa vs Sheetz is the epitome of that domination.

I’m not here to get into a Wawa vs Sheetz debate. Because there is no debate. The only people who even consider arguing between Wawa and Sheetz are a bunch of inbred hicks who wouldn’t know A1 quality convenience store food if it slapped them in the dick. I’m just here to pay my respects to a man who went into enemy territory this weekend to preach the truth. The Flyers may be garbage this year. The Penguins are the reigning Stanley Cup champions. And yet I’d never in a million years trade lives with a Penguins fan. Because I’ll take a Buffalo Chicken Tender Sandwich with a peach iced tea from Wawa while shitfaced at 3 in the morning over a Stanley Cup championship any day of the week. So sit on a dick, Crosbysbrain. “1975” doesn’t mean shit when I don’t have to fuck my own dad just to get in to Sheetz like the rest of you filthy Yinzer idiots.