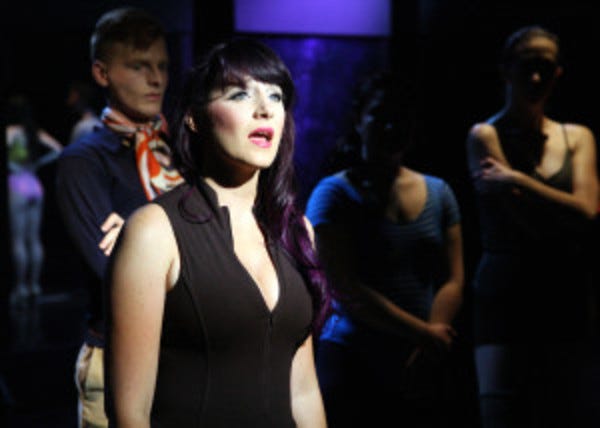 California – A former teacher at a Riverside high school has been arrested on suspicion of having an inappropriate relationship with a female student, officials said Tuesday.

Camryn Zelinger, 32, was arrested at Encore High School for the Arts, where she worked, on Monday.

The victim had previously told Riverside Police Department officers that the relationship had been going on for a “few months,” police said in a news release. Zelinger, of Corona, apparently was having “inappropriate physical contact and communications” with the student for a couple of months, police said.

Officer Ryan Railsback, of the Riveride Police Department, told KTLA the victim is 14 or 15 years old. The allegations were reported to Riverside police by the student’s mother. …

Some parents told KTLA Zelinger was recently married and said she would send requests to other teachers to have them remove the female student out of class so the two of them could spend time together.

This is proof of why, to borrow a phrase from a great man, there are No Days Off in the Sex Scandal Teacher world.

I had a lot of people send me the link to Camryn Zelinger’s arrest story. And I almost took a pass. One, because her mug shot looks like Zooey Deschanel after a six-month meth bender. (I’ll spare you in favor of the photos below.) And two, she would represent back-to-back lesbian teacher blogs, and you all know how I feel about that moral conundrum. But I didn’t abandon this one.

Instead, I dug deeper. And found out that not only does she have a lot more going in the looks department than just Meth Tweaker Zoey, she’s actually a star of the theater. Playing, among other roles, Sheila in “A Chorus Line. ” So this is a woman who gave up a celebrated career in show business because she heard the calling of teaching her craft to others. And having lesbian sex with her students. She’s like Mr. Schuester in “Glee,” if he was a woman and seduced Rachel.

The Grades:
Looks: The heavy duty makeup might work great under the theater lights, but it has no place on the streets. But there’s no quit in that dancer body of hers. None. She kind of falls into the category of a Cleveland Brown: Great uniform, bad helmet. But we’ve never seen a SST who can wear a deer costume like her (see below).
Grade: B

Moral Compass/Bad Judgment: How about that move of asking other teachers to send her girlfriend to her for hookups in the middle of the school day? There’s aren’t enough “o”s in the word “smooth” for that move. Furthermore, she and her husband were married last August, and you’ve got to respect her switching teams so soon.
Grade: B+

Intangibles: According to the Orange County Register, “Zelinger shows that Sheila’s tough exterior is no act – it’s used to gird her resolve and battle the self-admitted realities of aging.” Bravo, Camryn. Bravo.
Grade: A. 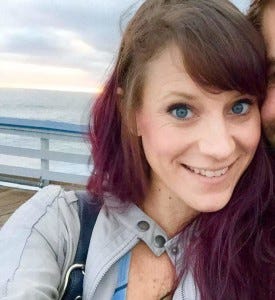 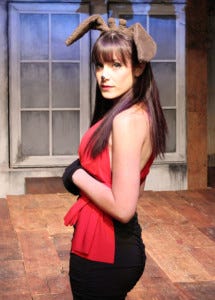 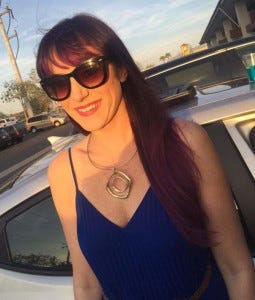 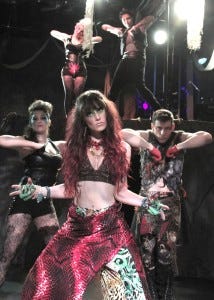