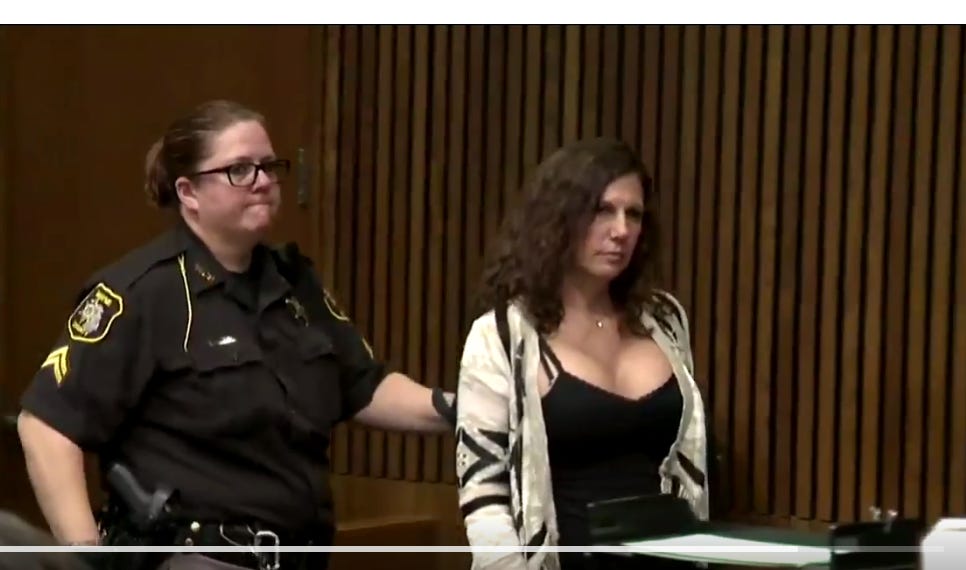 Being a judge would be incredible. Just so much power. Talk shit to me? Jail. Look at me the wrong way? Jail. Be disrespectful to me? Jail. Don’t notice that I got a new haircut even though I literally just told you that I was going to get a haircut? Jail. Undercook fish? Jail.

The talker is probably gonna regret talking back to the judge while she was exiting the building. Instead of wearing low-cut blouses in inappropriate settings, she’s gonna be rocking those county orange jumpsuits. Instead of going home to her luxurious full-sized mattress, she’s gonna be on a cot surrounded by other people who are also there “for some bullshit, man. But they are gonna bond out as soon as their man gets paid.”

I kinda understand, though. In the heat of an argument with my wife, I’ll say things that I know I’ll regret but I can’t stop. I just keep going and going. I need to get the last word in somehow, someway. But like this woman, I usually end up losing the battle and on the couch for 93 days knowing that sexual relationships and contact are strictly prohibited.