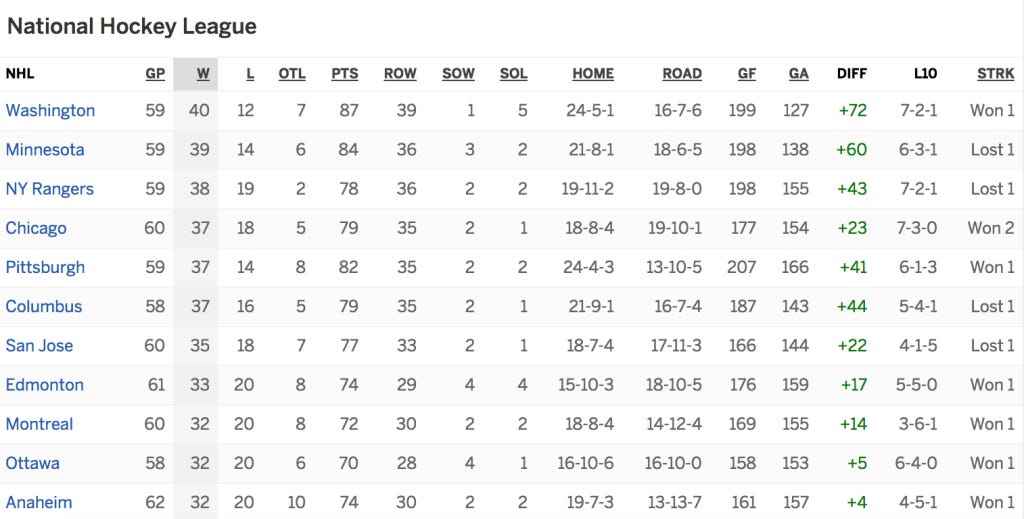 Deep breaths, everything is fine. Just fine. Caps are once again dominating the regular season, and as we all know, this has historically worked out wonderfully for them. I mean what could ever go wrong? 40 wins in their first 59 games, and only 12 losses, it’s just stupid. This entire season has been. They aren’t just beating teams, they are eating them alive. Last night was described as a “close game” and they won 4-1. The Flyers “played them well” and still lost by 3. That’s the sort of domination the Caps have been imposing on their opponents. 10 guys with at least 10 goals, and 1 +72 goal differential is plain silly.

The Metro division is actually a ton of fun right now, mostly because teams like the Rangers aren’t even bad, but are still 9 points behind the Caps in the standings.

Games like last night scare me though. 7 minutes into the game, the Flyers decided they had given up and started playing standard dirty hockey. The knee-on-knee on Niskanen, and Gudas also fired the puck at Ovi as he was going for a line change. Ovi isn’t playing a ton of minutes, less than 16 again last night, and sometimes I feel he’s still playing too many. Once you have a 3-1 lead against trash teams like Philly, just put Oshie, Ovi, and Backstrom on the bench. Not worth risking it.

…what could possibly go wrong?