Breaking News: @RiggsBarstool has decided to not drink for the next 40 days and 40 nights pic.twitter.com/Y6dkHP0cNa

I am going February 19th — March 31st sober. Oh hey Riggs what about March Madness you dumbass. Yeah I know when March Madness is it’s in March. I get it. Not drinking during March Madness is going to suck but the truth is not drinking during anything sucks. I have become the fattest, grossest, most poorly shaped version of myself ever and it’s not even close. Yeah I get that many people are fatter and grosser than me but the greatest comparison to yourself is not other people it’s yourself.

Does this look like a division I college athlete ninja warrior ready to take over the media world? 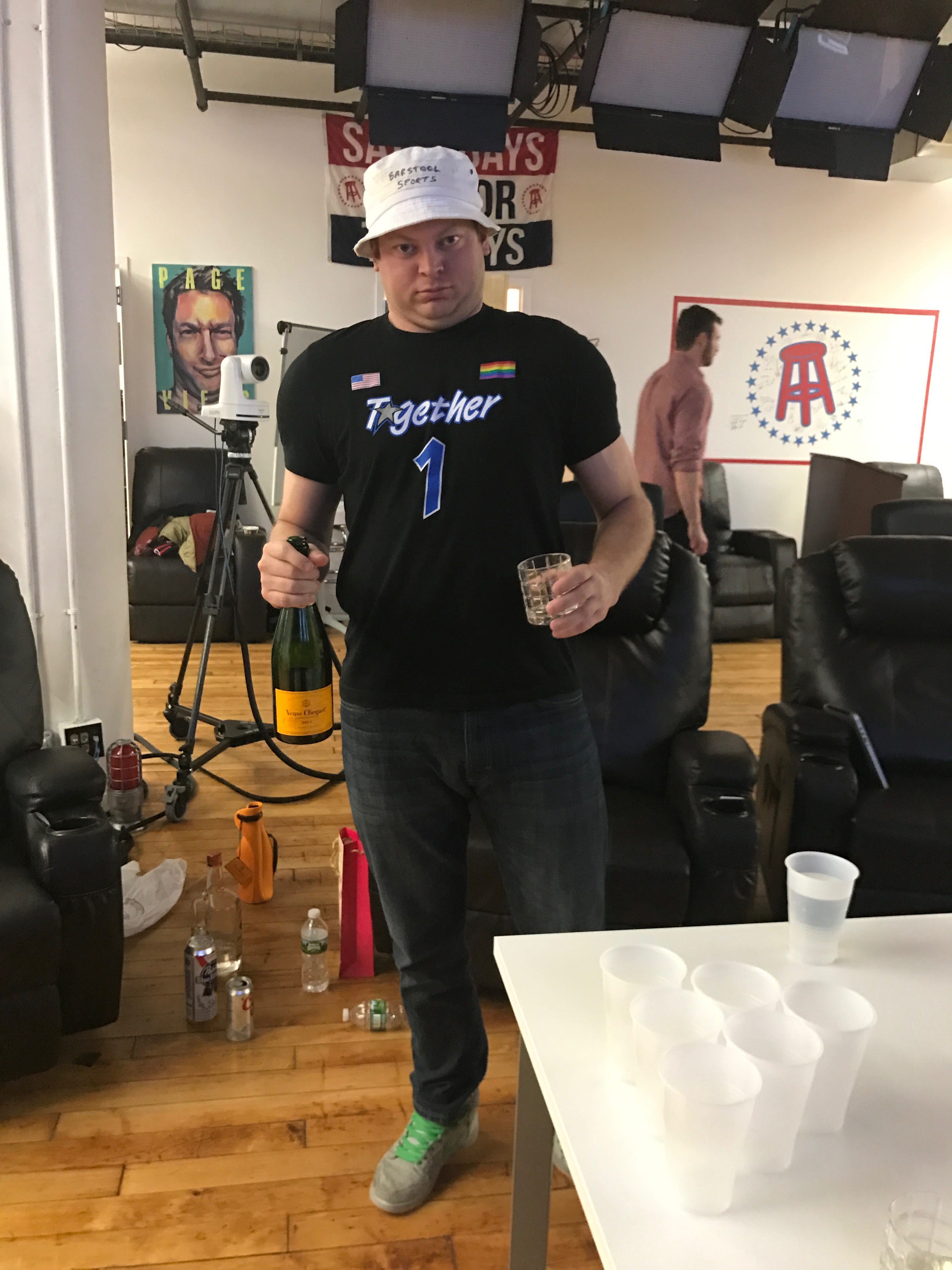 No it doesn’t. It looks like a mediocre slob with a cool t-shirt and sweet sneakers.

My goal is not to be some mediocre slob who goes through the motions. Anybody can do that. Anybody can go out every night, become gross and blame it on New York City. That’s easy. I don’t want to be that. I want to be a well-oiled, crisp, slim, multi-faceted weapon ready to overcome any obstacle, conquer any threat, win any war.*

Some people may be able to accomplish this by simply cutting back, changing diet, or altering intake to a more moderate level. I can’t do this. If I’m drinking, I’m DRINKING. That’s not a hardo thing that’s just how I’m wired. I’ve tried to change it many times and it doesn’t work. I’m recently 30 years old and drinking is not just one night out — it’s one night out and then two days of a crippling hangover and severe dehydration. It stinks.

None of that for 40 days, 40 nights. If it sounds biblical that makes sense because compared to my lifestyle of the last 10 years it is a change of biblical proportions.

Trent said he’s onboard but when he found out March Madness is in March he sounded less sincere.

I will be (am planning to be) attending the gym daily so if you know any super hot chicks that are into fitness consulting for free please email me. Thank you, geaux Riggs.