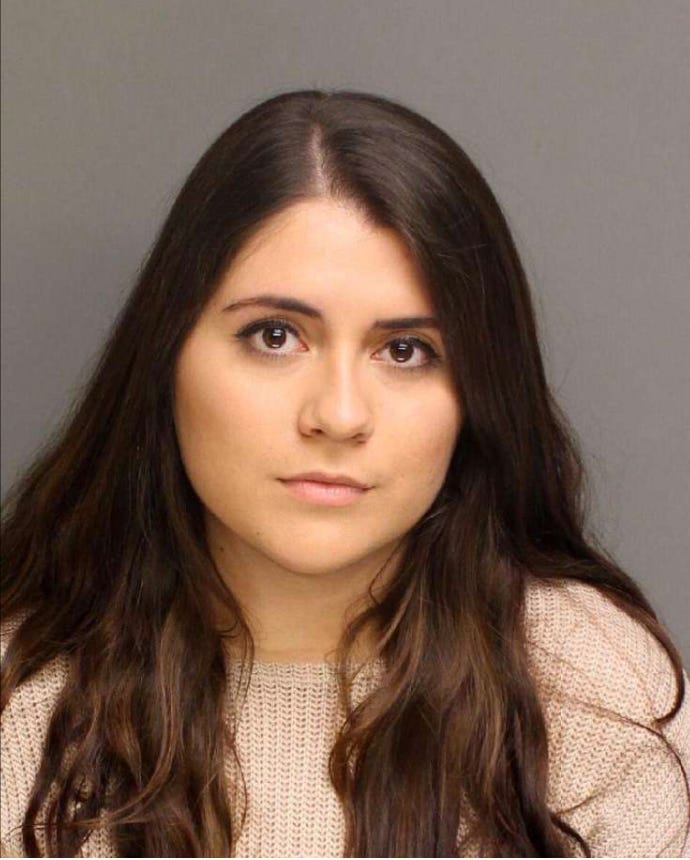 BRIDGEPORT — It was another harrowing case of an alleged rape occurring at an off-campus drinking party of underage college students.

In this instance, a teen claimed she was repeatedly raped by two Sacred Heart University football players in a tiny basement bathroom while the party raged on.

But months after the players were dismissed from the team, stripped of their scholarships and had withdrawn from the school, 18-year-old Nikki Yovino confessed she had made the rape allegations up to gain the sympathy of a prospective boyfriend, police said.

On Wednesday, Yovino, of South Setauket, N.Y., was charged with second-degree false reporting of an incident and tampering with or fabricating physical evidence.

The tampering charge is a felony punishable by up to five years in prison.

“She admitted that she made up the allegation of sexual assault against (the football players) because it was the first thing that came to mind and she didn’t want to lose (another male student) as a friend and potential boyfriend,” the affidavit states. “She stated that she believed when (the other male student) heard the allegation, it would make him angry and sympathetic to her.”

Wait so did she get the sympathy? Did she end up snagging that boyfriend? Need to know if 1) ruining the lives of two men and 2) making it even harder for real victims of sexual assault to come forward was worth it.

On Oct. 15, police were dispatched to St. Vincent’s Medical Center for a sexual assault complaint. Police said Yovino told them she had attended a Sacred Heart football club party the night before at a house at Lakeside Drive here.

Police said the girl claimed the two men pulled her into a bathroom in the basement of the house.

“I don’t want to be in here, I don’t want to do anything. My friends are waiting for me outside, let me go outside,” police said she claims she told the men.

Police said Yovino told them they held her down and each took a turn sexually assaulting her.

Police said both men admitted having sex with Yovino in the bathroom, but said it was consensual. Both students agreed to withdraw from the university after they were stripped of their scholarships and as they were about to go before a disciplinary hearing.

Cotto later questioned Yovino again after others students told them it appeared Yovino had gone willingly into the bathroom with the men. One student said he had overheard Yovino telling the men she wanted to have sex with them, the affidavit said.

Some people would say that inventing a rape and standing by as two people are stripped of their scholarships, kicked off the football team, and forced out of school all to get a guy’s attention is one of the lowest, scummiest moves a human being could pull.

I’m one of those people.

Oh well, she admitted it and came clean so, all’s well that ends well I guess.

One of the students has now been allowed readmission to the school but without his scholarship and he is no longer on the football team.