Listen I’ve had lots of enemies over the years at Barstool, but most of them are personal.  Like I’m the only guy who hates Cheeseboy for example. But Jamie O’Grady is the exception. He is universally despised by every single person at Barstool. And it just so happens nobody has had their ass kicked more thoroughly by life over the past year than him. Ever since his unprovoked attack against Barstool about how we weaponize social media he has been brutalized by the Stoolies and life. I mean just last week SI announced that they were dumping the Cauldren. This happened while I was on a private jet with SI Swimsuit models.  You’d think that’s as bad as it can get right? Wrong. Now today there was a huge expose on Yahoo.com detailing the ugly breakup between the Cauldren and SI. It talks about how O’Grady was desperately seeking investment for the Cauldron from anybody who would make eye contact with him and how he was either lied to or lying to people to save his ass and his company. There was a lot of he said she said in the article, but one thing is clear. Jamie O’Grady’s life is in shambles. And as I’m prone to do I couldn’t pass up the opportunity for some good old fashioned grave dancing. Although even I’ll admit I’m starting to get tired of the non stop dance party I’ve had at O’Grady’s expense since he attacked us.

But really none of that is neither here nor there.  More importantly I did want to make one thing clear. His statement that money can’t buy you legitimacy may be the dumbest thing ever said by a human. Money may not be able to buy you class, but legitimacy? I’m 1,000% sure that’s exactly what money can buy. I’m legit. Barstool is a force. O’Grady is a broken man and an industry joke. He messed with the bull, he got the horns.  Hey Jamie…. 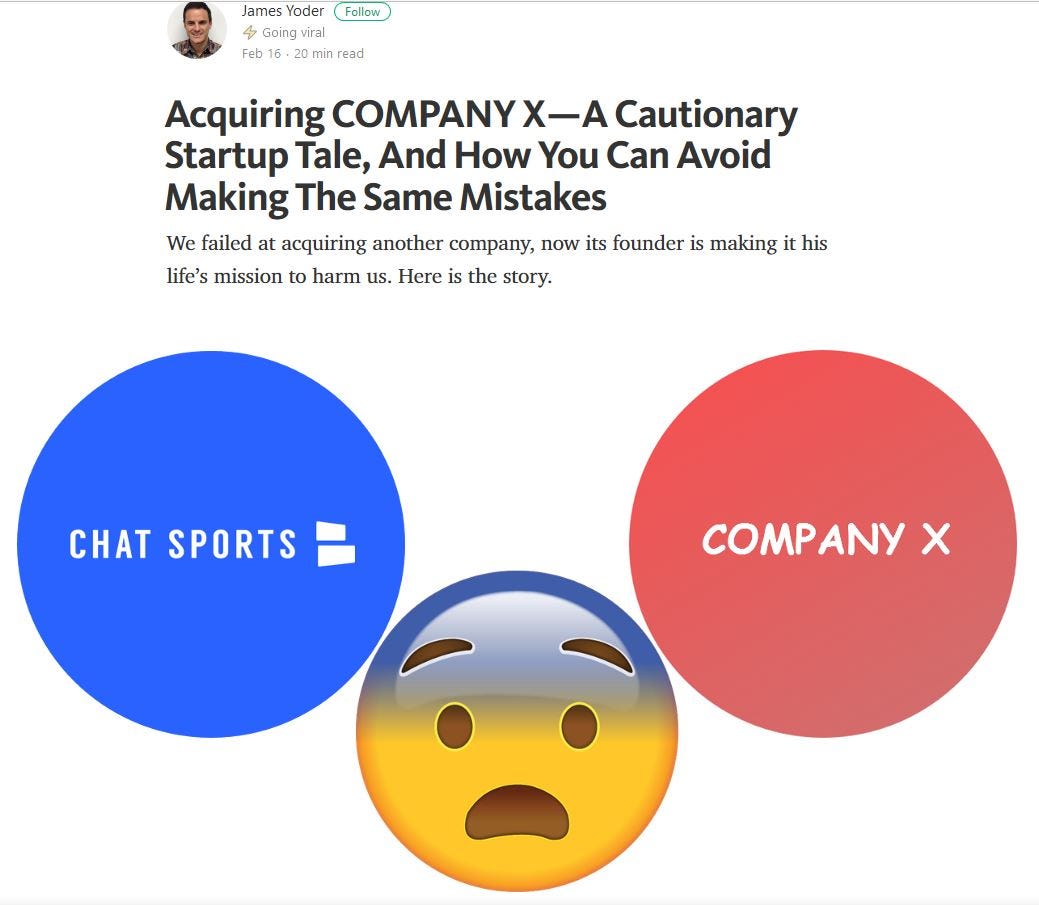 So the “other guy” in this he said she said fiasco with Jamie O’Grady just published a long article telling his side of the story and it is outrageous. He basically accuses Jamie O’Grady of everything under the sun from deceit, to trying to ruin his life, to being a scumbag, a liar, and a flat out criminal. He insinuates that O’Grady is under investigation for committing crimes against him and humanity. It’s BANANAS. Who knows who is telling the truth, but I think it’s safe to say Jamie O’Grady is the last guy on the planet who should be lecturing people about class right now.  People can love me or hate me, but at least I never lie to anybody.  In hindsight I guess I’m not even close to done dancing on his grave.