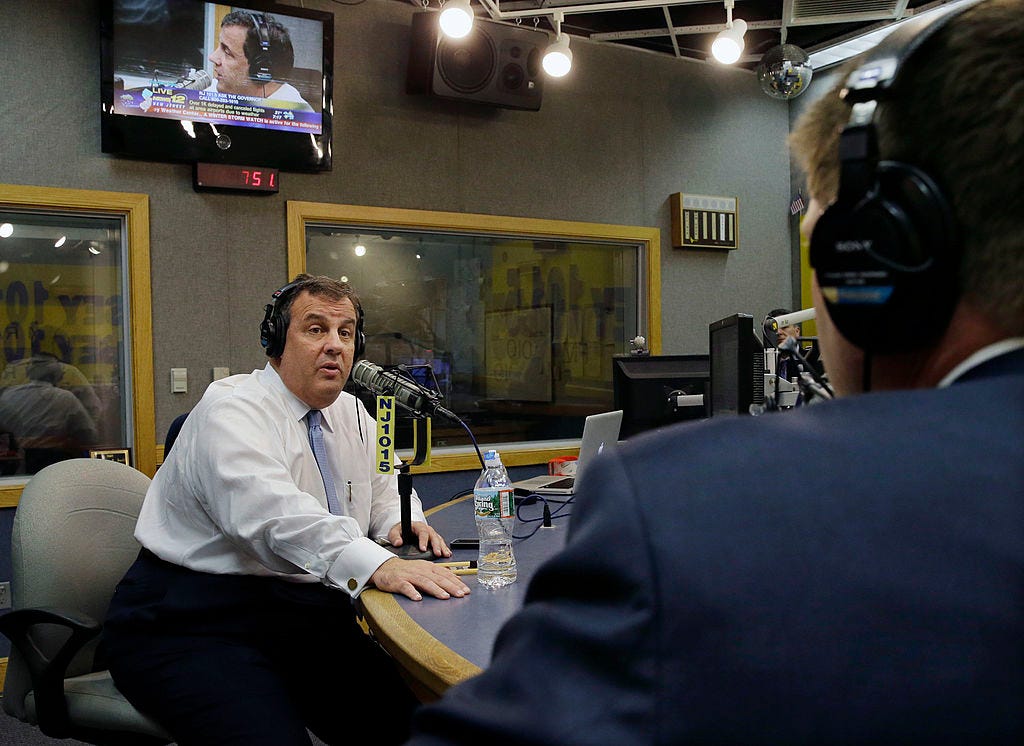 The Record- After spending the better part of the last three years competing for a future life in politics – president, vice president or a senior role in the White House – Gov. Chris Christie could soon be in contention for a job that would keep him in the public eye with a megaphone in the country’s largest media market.

WFAN 660-AM, the region’s dominant sports-talk radio station, will “be looking to do stuff” at the end of the year, when longtime afternoon drive host Mike Francesa is expected to retire, said Mark Chernoff, the station’s program director and vice president of its parent company, CBS Radio New York. Christie, whose name has been rumored as a possible replacement for Francesa, is among “plenty of candidates” the station is contemplating to fill the void left by Francesa, Chernoff said. “I would certainly at least want to consider him,” Chernoff said in an interview this week. “If he’s interested and we’re interested, it’s worth pursuing.”

This is not much of a surprise to anyone that has listened to Chris Christie on the radio. As much as I hate Christie for being a Cowboys fan from Jersey and occasionally a goddamn moron, I have to admit that he is good on the mic and has been rumored as a possible Francesa replacement in the past. Mongos are probably going to hate anyone that replaces Mike Francesa just because we love our radio dad that often doesn’t know the players’ names, sometimes yells at us, and is the only person on the planet that can commit ever bad radio sin ever invented and still pull it off yet he’s still our dad and we love him for all his flaws.

But the real reason I love this is that it gives us another large man hosting the radio from 1-6:30. I don’t need to tell you guys that Chris Christie is a blogger’s best friend. He’s fat, says dumb things, and can look like a boob on video. If Chris Christie was being considered for a job by Barstool Sports, I’d be concerned about my place in the company. But since he’s rumored to be considered by WFAN, I can just sit back and wait for the blogs to pile up. 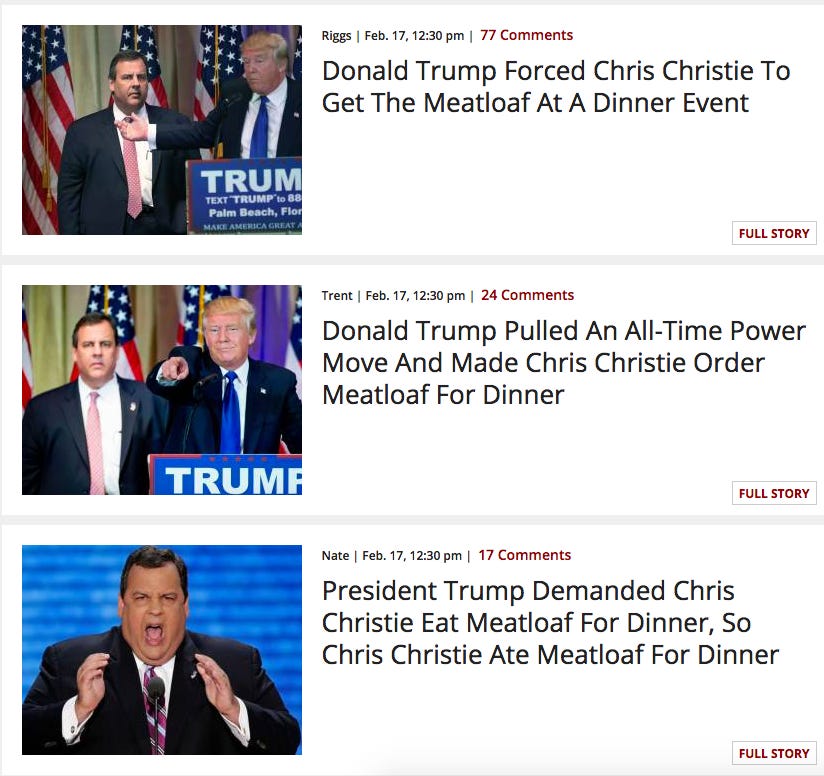 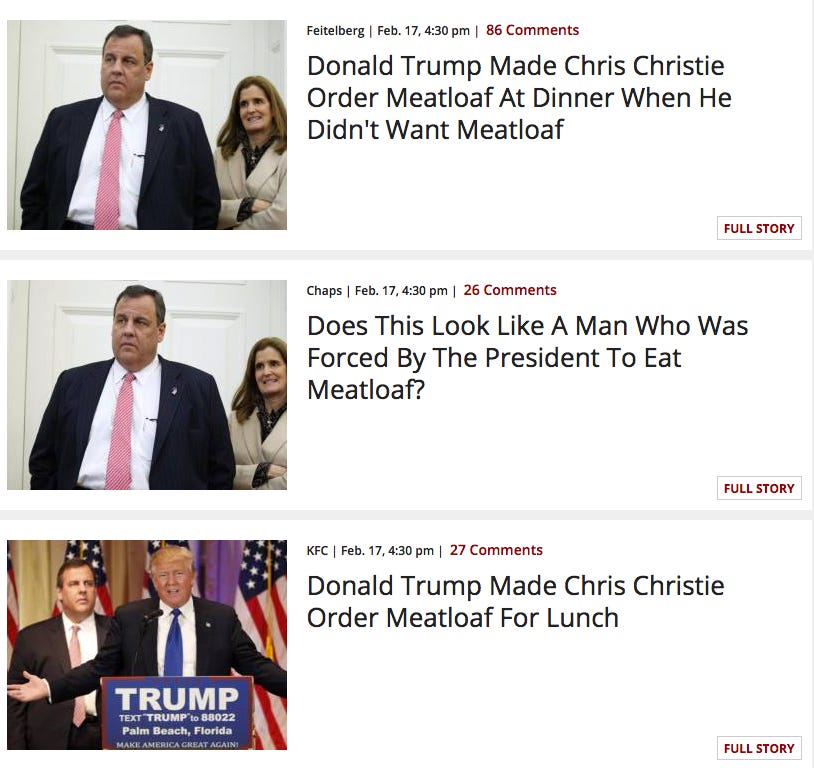 Plus having a host that is a Mets fan that hates the FUCK out of Philadelphia instead of the biggest tweaker of the Mets on God’s green Earth is a net positive for sure.

However, Christie will probably have to kiss Benny Mac’s ring and make good with Big Blue’s sexy coach unless Christie enjoys McAdoo’s nuts dragging on his forehead after every Giants win over the Cowboys.