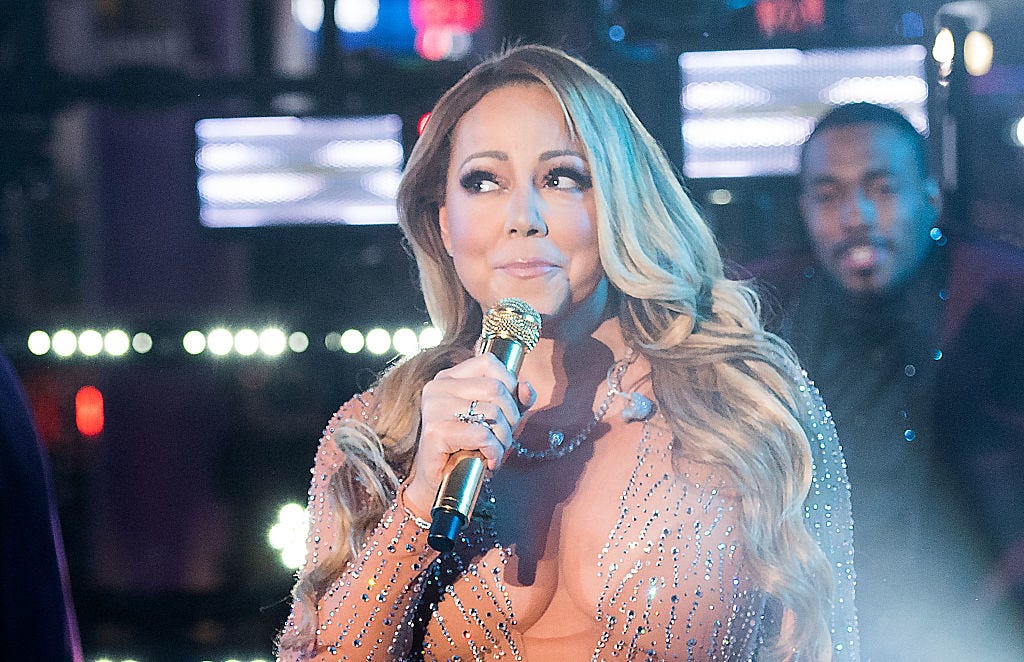 People- Despite kicking off 2017 with controversy, Mariah Carey is making a fresh start. In a new interview with Rolling Stone, the 46-year-old singer revisits her disastrous Dick Clark’s New Year’s Rockin’ Eve gig and stands firm with the statement her camp released asserting that the show sabotaged the performance and “set [her] up to fail,” which the production company in turn refuted.

“I used to get upset by things,” she says of the performance. “This was out of my control, and had everything not been such a total chaotic mess, then I would have been able to make something happen. Even the dancers should have stopped dancing and helped me off the f—ing stage. I’m sorry. It was a mess, and I blame everybody, and I blame myself for not leaving after rehearsal.” During Carey’s performance, she fumbled through three songs, visibly struggling with her earpiece as the broadcast continued. “It’s just something where if I can’t explain it to the entire world, then they’re not going to understand it, because it’s not what they do,” explains Carey. “Just like I wouldn’t understand somebody who had a desk job and how to do that. I couldn’t. I literally am incapable of being in the real world and surviving.”

That right there may be the all-time “Uhhhhh Ya Think” quote. Anyone that is surprised that Mariah Carey is incapable of surviving in the real world is also incapable of surviving in the real world. The real world is a goddamn rat race inside of a Thunder Dome on top of a tight wire. Every person in their mid-20s that has had the glow of college wear off and the reality of student loans kick in is shaking their head up and down quicker than Big Cat during one of his patented dab flurries. Celebrities aren’t built for that type of living. They are basically house cats. Coddled so long and living in a fantasy world, that even just the thought of having to hustle with us commoners probably keeps them up at night. Now a celebrity that was a superstar her entire adult life and also married to a millionaire at the age of 24 is likely already screwed. People that proudly call themselves divas and have an alter-ego named Mimi are completely fucked. But if you add all that up and pile it on top of Mariah Carey’s cuckoo Cribs episode from 15 years ago, you will realize she has long been closer to certifiable than real world ready. No person on Earth will forget the first time we got a glimpse inside of Mariah’s home and three ring circus of a mind.

A more recent example of her not knowing how life works in general is obviously when she tried to sing on this year’s New Year’s Eve special despite the whole “she can’t sing anymore” thing.

And then finally the pictures Mariah released earlier this month of her working out in stilettos for some reason.

Does this seem like a well-adjusted person capable of surviving the grind a cube monkey goes through in a typical day? Fuck no. I feel like Mariah Carey doesn’t even know what simple things like a stapler is or why they call a job a 9-to-5. Hell I can’t even talk too much shit since I don’t know if I can go back to a real world job that doesn’t involve me writing about sports and smut in front of a computer at home for hours on end while wearing a hoodie and shorts. I am ruined and I wasn’t even spoiled by decades of money and being told I am the greatest by people. In summation, Mariah Carey would not survive one millisecond in the real world and if you think differently, you are a goddamn moron. Or a part of the Mariah Mafia, which also makes you a goddamn moron. Mariah may be crazy, coddled, and washed up beyond belief. But at least she has self-awareness.