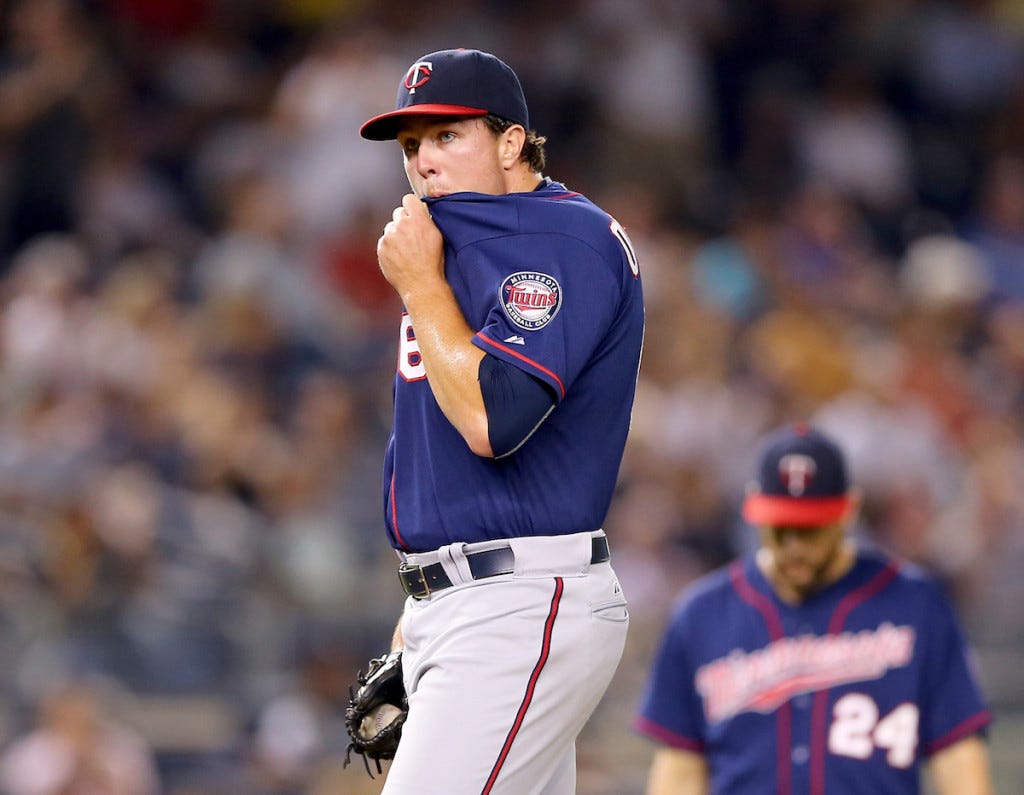 I did a triple take when I saw this headline. I think Barstool has fucked me up so much that I almost thought this wasn’t a story, and then I was like, wait. This guy fucking pukes before EVERY single appearance, or just about?

Through his first 54 big-league outings over the last past two years, O’Rourke estimates he emptied the contents of his stomach close to every time.

“I don’t do it in the public’s eye,” O’Rourke said Tuesday. “I go in the bathroom, or sometimes it’s just on the back of the mound. But, yeah, it happens.”

I had questions. Like, does he do this on purpose? Does he force himself to puke as some sort of weird ass, fucked up baseball superstition? There’s no way that he’s two years and 50+ appearances into his major league career, and still gets so nervous that he pukes like Stan from South Park before each time he takes the mound. I’ve puked on a baseball diamond once, and it was from being hungover. And I’ve also only puked once from being nervous, and it was when I was in high school, back when I freaked out about anything and everything. Point is, puking because you’re nervous is rare for most people. What’s his deal?

As a starter in the minors, O’Rourke said it became a running gag for the grounds crew to wait at the trash can with a new bag “right before I went out there.”

“It just happens,” O’Rourke said. “I’m pretty pumped up out there. I think everything is culminating as I’m getting ready for my big moment, whether it’s energy or what. I like the competitive aspect. I think this is just a way for me to release a little bit of my nerves.”

He’s from Worcester, went to Merrimack, and he’s 28 years old, so he’s gotta be a Stoolie, right? Ryan, if you’re reading this, hit me up, man. Let’s talk. I’m really, really curious about this.