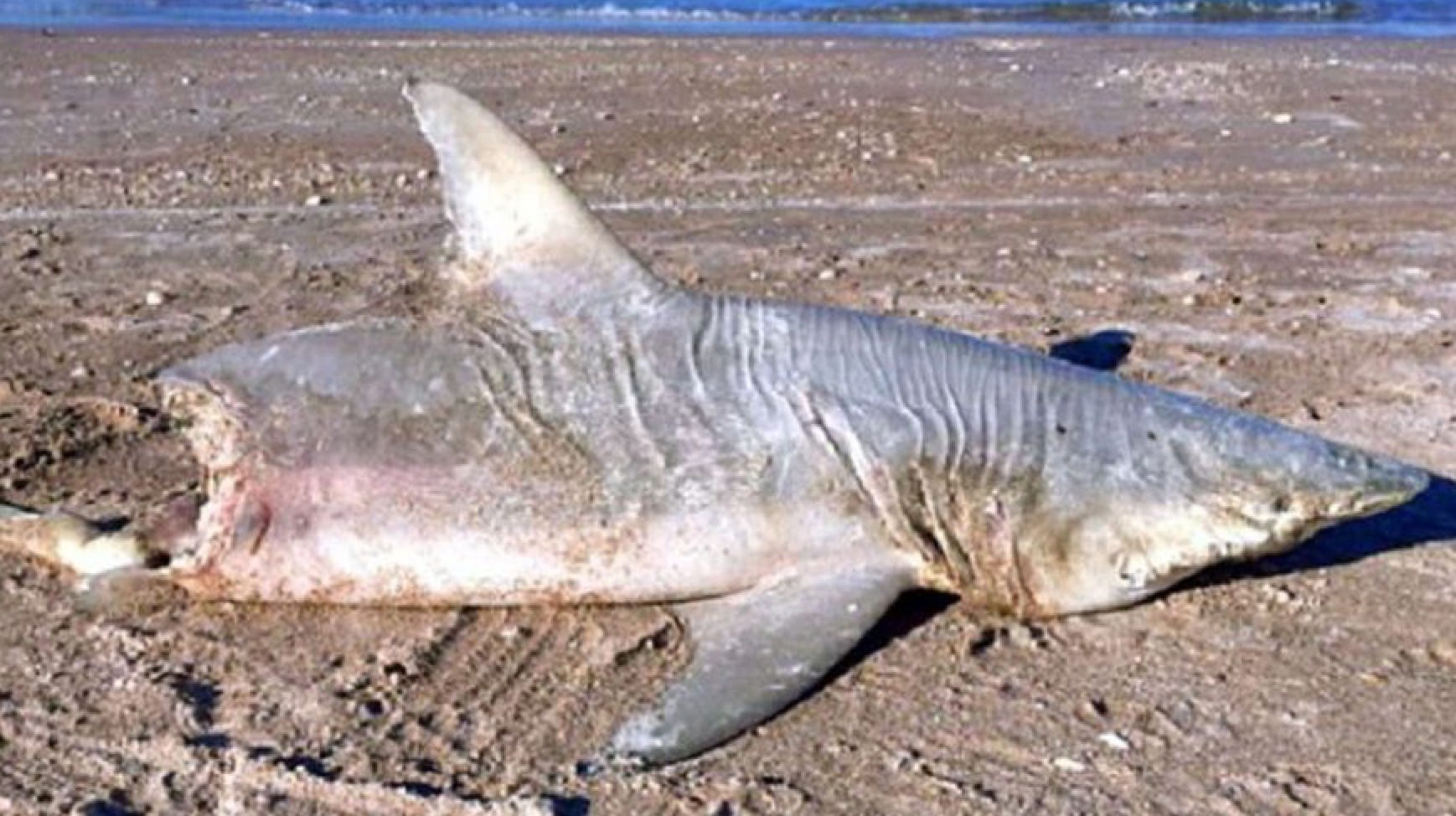 Fox News- A half-eaten shark that washed up on a Florida beach Saturday raised questions about a bigger fish possibly lurking in the water. A Volusia County Beach Safety Ocean Rescue lifeguard snapped a photo of the shark on New Smyrna Beach. Beach Safety spokeswoman Tammy Morris told News 4 Jax that the shark was “definitely” eaten by a bigger fish. She added that the shark was either a blacktip or spinner shark. A 14-foot great white shark named Katherine was spotted off the Florida coast in January. Another great white shark was spotted in the waters on Feb. 1, Florida wildlife officials said.

I don’t wanna beat a dead, half-eaten shark here but this is PRECISELY why oceans and bodies of water are the most fucked up things running. Perfect example of the nightmares that hover right below the surface. Cause here’s the dirty little secret about that food chain: there’s no such thing as the top. The top of the food chain as a non-human animal in the ocean doesn’t exist. It’s like trying to find the pointy end of a bowling ball. This story proves it. Sharks are supposed to be the big swinging dick around those parts and they’re still getting chunks of their asses eaten off by god only knows what. What ocean creature did this, you ask? The answer going around the internet is that another shark did it and anybody who thinks that is a fucking idiot. What sheep those people are. We don’t know what other creature did this and we’ll probably never know. Something horrible popped up outta God’s laboratory down there and bit the balls off that shark. Everybody better look out. That creature just punched the toughest guy in prison and is now running the joint.