Member that time you were out at the bar with some buddies and you randomly met a really, really hot chick and somehow ended up back at her place having drunken sloppy secks? Yeah, me neither, but I’d imagine that that would be awesome. And I’d also imagine that whatever you do the next day will seem less awesome by comparison.

So here is how we got here, and I’d gander to guess that few if any Round of 16’s in UCL history have seen anywhere near as many goals through the first six games: 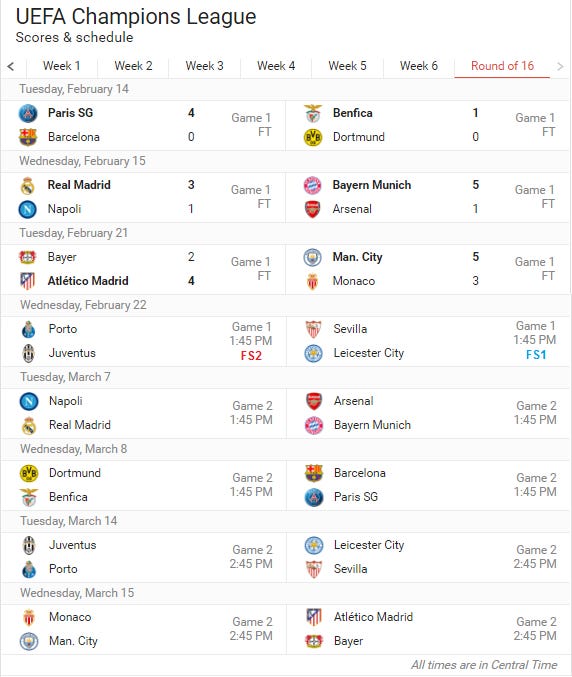 Logic dictates that the pendulum is bound to swing back in the “cautious” (aka boring) direction at some point. Will it be today? The answer is…

No – despite UCLeicester’s best intentions.

These odds are a bit of a slap in the face to UCLeicester… but then again, if any club seemingly deserves a good solid bitchsmack it is the Foxes considering the way they have been playing for much of the season. The club is one point – ONE POINT – above the relegation zone two-thirds of the way through the season, they were just booted from the FA Cup at home by a lower division club playing with only 10 guys, and legitimately have one good thing going on in their life at the moment: the Champions League.

Take that away, and what do you have left? 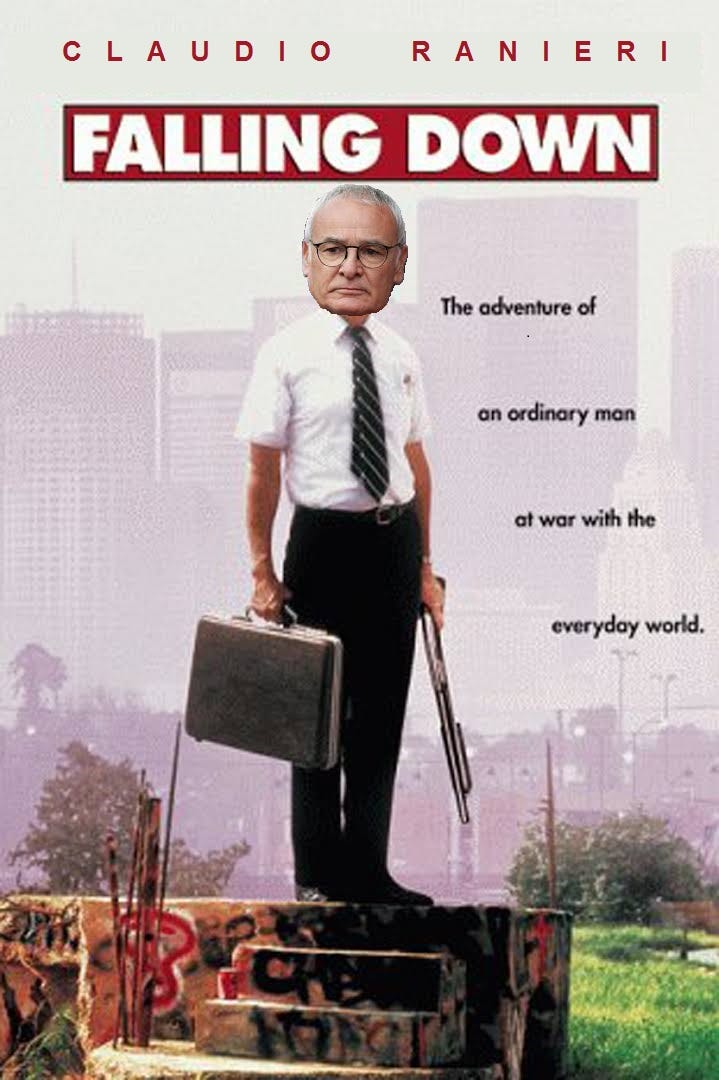 That’s right, you have nothing. UCLeicester is going to play like a wounded, cornered animal who thinks Sevilla is trying to kill its babies. In other words, you can bet your ass the Tinker Man is going to tinker his little balls off and find a way to pack it in and keep today’s game close so the Foxes at least have a shot on their home field in a couple of weeks.

There’s really just one problem: their defense suckkkkkkkkkkkkkkkkks. Robert Huth and Wes Morgan have been playing like 30-something defenders who have partied every night since lifting the EPL trophy last spring… and if they have then I certainly don’t blame them, but if they haven’t they might as well start because they are going to be put out to pasture sooner rather than later either way.

Add to that the fact that Jamie Vardy has also looked drunk for much of the season, and two other strikers (Leonard Ulloa and Islam Slimani) are unavailable, and it’s easy to see what the strategy is going to be: 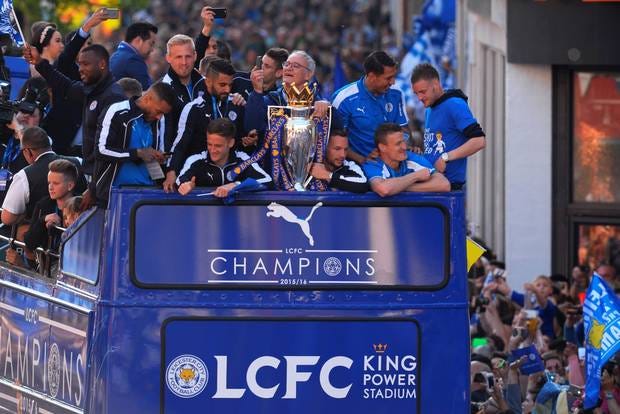 Unfortunately that doesn’t work in Champions League. Vardy and/or Okazaki and/or Musa are going to get perhaps 4-5 half-chances all game. Could they magically (and for the first time all season) pull a 2015-16-like performance out of their ass and nick a couple goals on the counter? I mean, anything is possible. Sevilla’s strength is after all not defense, which has been surprisingly porous this season. But is it really worth taking a flyer on with your hard-earned cash on a desperate but not-too-terribly-talented team with nothing else to lose? Hell no. Not if it means betting against this stone cold killer. 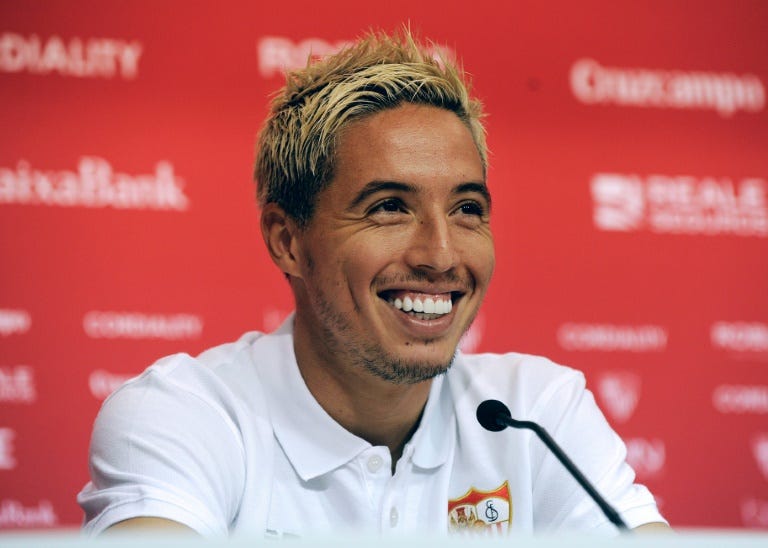 This matchup will inevitably not get quite the pub as the one in which last season’s Cinderella is facing almost certain desecration, but wooooooo-eeeeeeee, for the lawn fairy purists in our midst this game is where it’s at.

Here are the current odds to win the Champions League:

Juventus is playing as well as any club in the world at the moment (with the possible exception of Millwall) but will be missing some important players, as Giogrio Chiellini is coming off an injury and Leonardo Bonucci decided this weekend would be a good time to tell coach Max Allegri to meet him in Temecula (earning him an immediate benching). This season’s version of the Old Lady is legit scary, much scarier than the team that made it to the UCL final two seasons ago, I might add. Fatboy Higuain is gobbling up goals as if they were chocolate cakes, and Juve’s midfield just might be the best in the world at moment.

But need I remind you of the second rule of Champions League gambling – after “If unsure, bet on the Spanish side”: Doubt the Portuguese at your peril. Porto is 100% healthy and should be well rested having not had to play a single midweek game in months (something that Juventus has had to do a lot lately), and perhaps most importantly none of the team leaders want to beat up the manager, that we know about anyway. Strangely enough, Juventus might be one of the smartest bets out there to win the whole shebang this season – but my suggestion would be to wait until after today’s game when the odds get even better. Porto to win 2-1.

Also, in case you legitimately have nothing else going on in your life, and your sock drawer is fully organized, and there is literally nothing else on TV at the moment, then I guess you could watch some Spursday (and/or Spendsday?) games. I guess. Here’s the schedule: 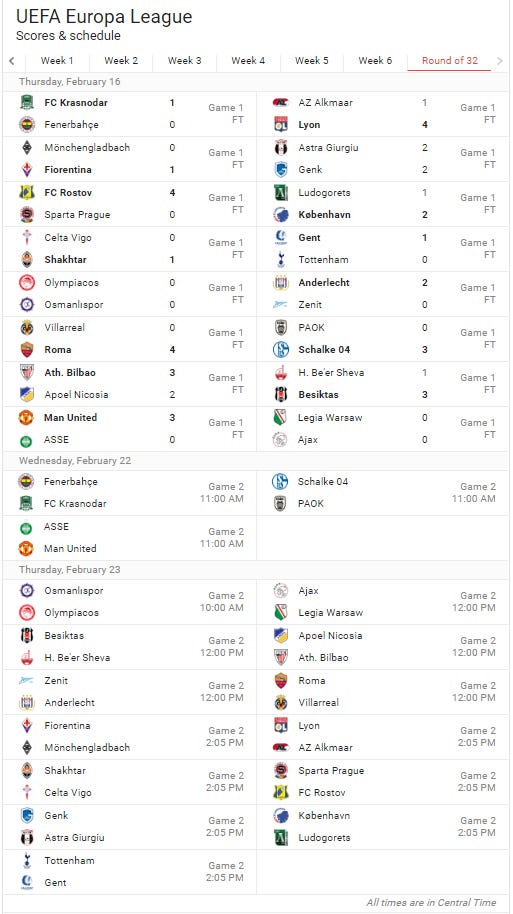 Wait, you didn’t think I was going to waste time actually discussing these games, did you? Hahahahahaha, you’re silly.

EPL is back in action this weekend and ya boy is going to be in Vegas losing his shirt at the sportsbook so feel free to hop on board this Get-Poor-Or-Die-Trying Train… preview with shite predictions galore will be posting on Friday.