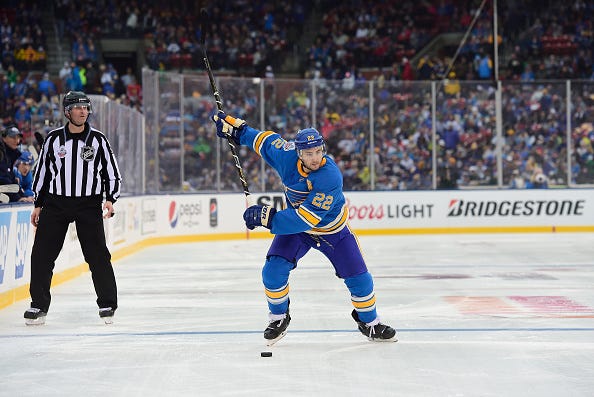 We are exactly 1 week away from the NHL Trade Deadline. March 1st, 2017 3pm EST. Give or take another hour or so after the 3pm deadline for trades to be processed and finalized but you get the gist of it. Wednesday, March 1 is the date that everybody has their eyes on for who will be on the move before teams make their last push for the playoffs and Stanley Cup. The Trade Deadline used to be one of the most exciting days of the hockey year. It used to be like Christmas in the sense that you couldn’t sleep the night before, mainly because GMs were making some sneaky midnight deals and you didn’t want to wake up at 6:30 in the morning only to miss the rush. It was the draft, July 1st for the opening of Free Agency, and the Trade Deadline. The 3 days of the year that, as a hockey fan, really get your blood flowing and give you a reason to get out of bed in the morning. But over the past couple of seasons, the Trade Deadline has become a bit of a dud. Last year was a total catastrophe as the biggest names to be on the move were Mikkel Boedker and Kris Russell. The year before that there was the Yandle for Duclair deal but again, nothing too crazy. So heading into the 2017 NHL Trade Deadline, here is TSN’s Top Trade Bait list. 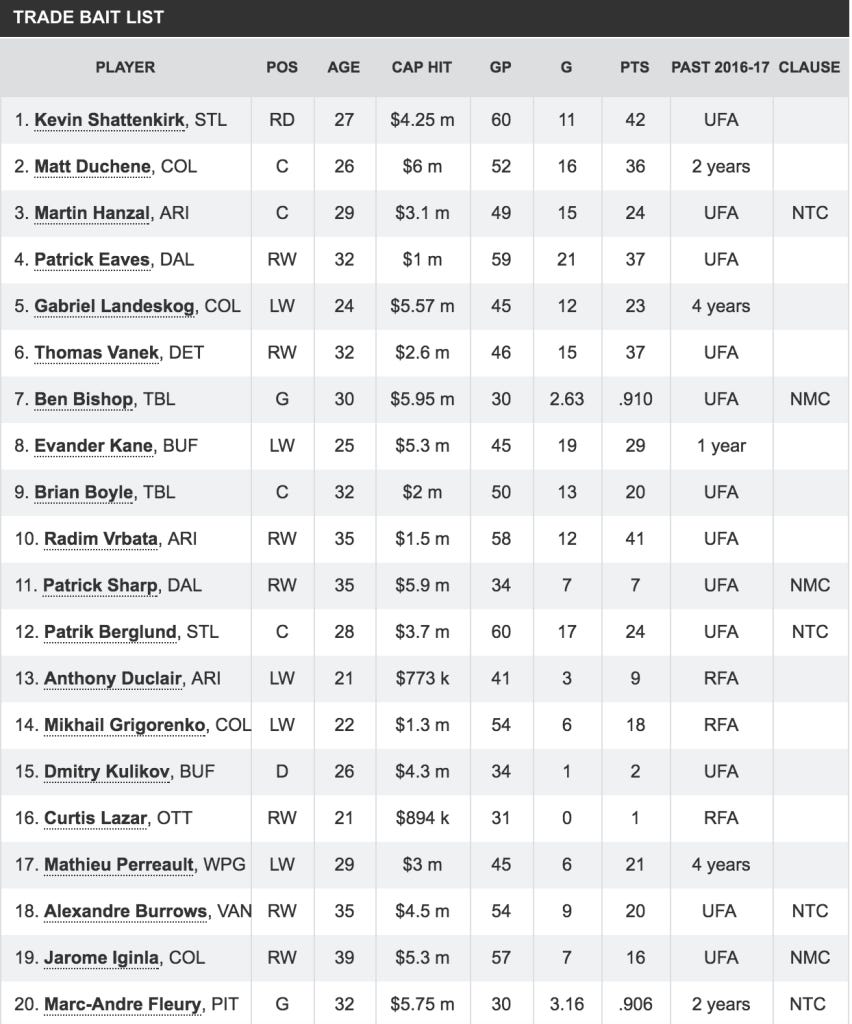 I’m not selfish. I don’t need ALL of these names to be on the move next Wednesday. But it would be nice to see at least some action here. The Shattenkirk situation is obviously going to be a tricky one. The Blues have been playing well since Mike Yeo took over for Ken Hitchcock. They’re currently in that 3rd place spot in the Central but don’t have a ton of wiggle room between 3rd in the Central and no longer in a Wild Card spot. They have 5 points on the 9th place Kings and Jets. So are they a playoff team? There’s a good chance, yes. But are they a legitimate Stanley Cup contender? Not a chance. So do you take what you can get for Shattenkirk now or do you let him just walk for free when he hits Free Agency? Do the right thing here, St. Louis. Trade him and give me something to write about.

Then you have Matt Duchene and Gabe Landeskog in Colorado. The Avalanche are a disaster. The entire organization is fucked up. They need to break it down so they can build it back up. It’ll be a total mismanagement on their part if both Duchene and Landeskog are still in Colorado to start next season. With that being said, both of them still have time left on their current contracts so a trade can always go down after the season. However, it makes sense for teams to pull the trigger on one of them now as long as Colorado cools their tits a little bit and brings the asking price down. This is going to be a pretty thin draft in 2017 and giving up a 1st round pick in 2017 doesn’t have nearly the same value as it did for 2015 and ’16. If the asking price is still a top-4 D, high end prospect + 1st round pick and possibly more, then maybe you hold off a bit. I understand why the Avalanche would have the asking price so high considering they don’t need to trade either of these guys since there’s still time on their contracts, but still. Maybe they realize they need the assets sooner rather than later and let either of these guys go for cheaper than expected.

Also re: Colorado–I’m sure that Jarome Iginla will be on the move somewhere but I just can’t see a legitimate contender taking a shot on him. I love Iginla and the man has had an incredible career. Probably one of the best guys in the league today but that doesn’t mean he’s still one of the best players. Veteran presence, yes, I get it. But teams will have to be careful about that one.

Lastly, I hope Alexandre Burrows gets traded to hell. And I pray for whoever makes a deal for that worthless sack of shit Thomas Vanek. Moral of the story though, however, is that we need deals to go down next week. We need next Wednesday to be constant action. Get all the GMs across the league together, have them watch Wolf of Wall Street and get them in the mood to just start wheeling and dealing. We’ve been bored to death the past 2 deadlines. Don’t turn this day into a dud. MAKE THE NHL TRADE DEADLINE GREAT AGAIN.