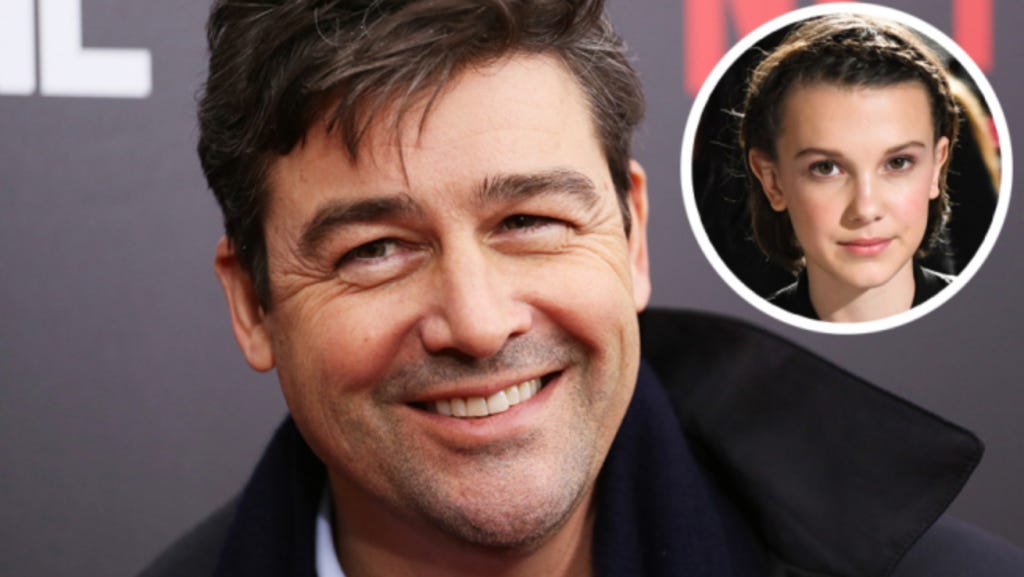 (Source) — It’s a Netflix reunion of sorts: Kyle Chandler, star of “Bloodline,” is set to join “Stranger Things” break-out Millie Bobby Brown in Godzilla: King of the Monsters,” sources tell Variety. Chandler will play Brown’s father in the Legendary sequel. “Krampus” helmer Michael Dougherty is directing the project and wrote the script with Zach Shields. Aaron Taylor-Johnson, Bryan Cranston, Ken Watanabe and Elizabeth Olsen starred in the 2014 “Godzilla” reboot, directed by Gareth Edwards, though sources say only Watanabe is likely to return for the sequel. Plot details are unknown.

Just when you thought all good in the world was lost, we get blessed with a Kyle Chandler/Millie Bobbie Brown mashup on the silver screen. Two of my favorite characters of all time coming together to make what is sure to be absolute magic in theaters. I’ve seen some movies with star-studded casts but the clout that these two have is unmatched in the history of cinema, if you ask me. “The Departed”? Garbage compared to this. “Saving Private Ryan”? Terrible. “Ocean’s Eleven”? More like “Ocean’s This Cast Is Not As Good As Kyle Chandler and Millie Bobbie Brown.”

You know how excited I am about these two working together? So excited that I want to see a Godzilla movie, and those things come out every six months. I’m not going to look it up so don’t quote me on this, but there have been 128 Godzilla movies since the Matthew Broderick one that came out when we were kids, each one worse than the next. The most recent one was the worst and played a trick on all the viewers by (SPOILER!) having Bryan Cranston in the trailer then killing him in about 5 minutes. But despite all the lies I’ve been told by the Godzilla franchise, I’ll still be first in line to see Chandler/Brown fight that Japanese monster. That’s a guarantee.