On this week’s Fore Play we had PGA Tour golfer, Massachusetts native, and Stoolie Jon Curran on to chat about life on Tour. He detailed how he and his caddy talks sports betting mid-round, deal with the circus that is the Phoenix Open, his value as a +30,000 dog at this week’s Honda Classic, and more. Oh yeah and he fired these vicious bullets at Club Dave about his current blogging form.

Pres of course fired right back at Jon “Current.”

If you’re a normal guy/gal who likes to golf with your pals, doesn’t take yourself too seriously, and simply enjoys the everyday nuances of the game, be sure to subscribe to and download Fore Play. We’re just getting started and it’s been an absolute blast so far.

Big thanks to Ollie Schniederjans, Willy Wilcox, Michael Breed and Jon Curran for hopping right in the mix so early. We have some huge guests lined up, some new merch we’ll be rolling out, and some new on-sites we’ll be attending and covering.

Time for the dreaded commute. Make it better by listening to our latest episode with @JonCurranGolf. https://t.co/MSni8WQesk 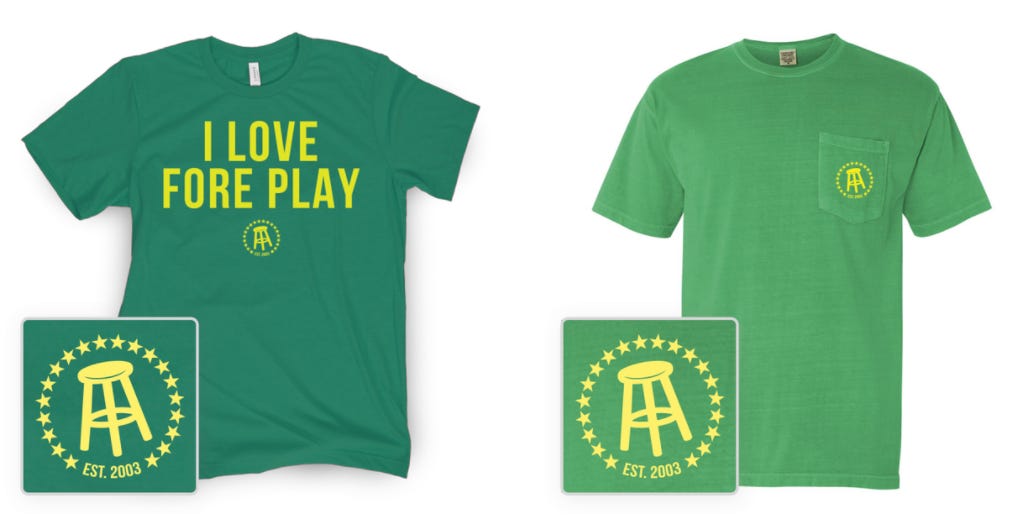 Support the cause. Buy buy buy.