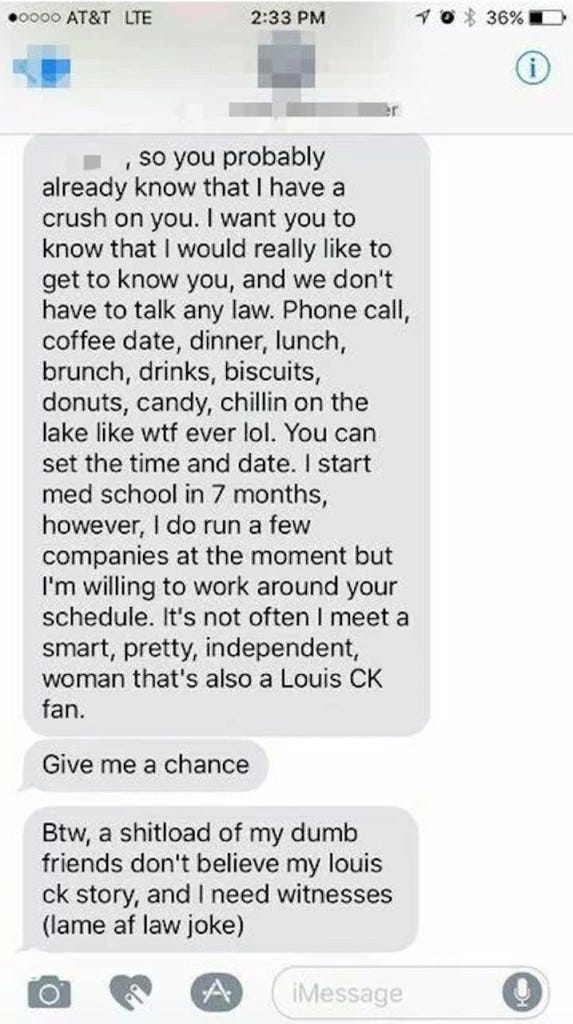 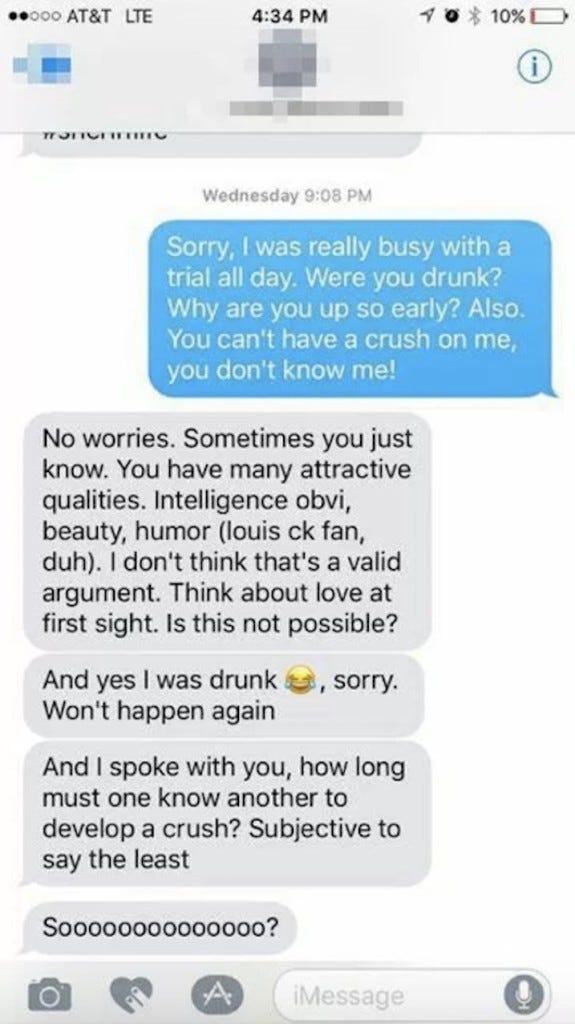 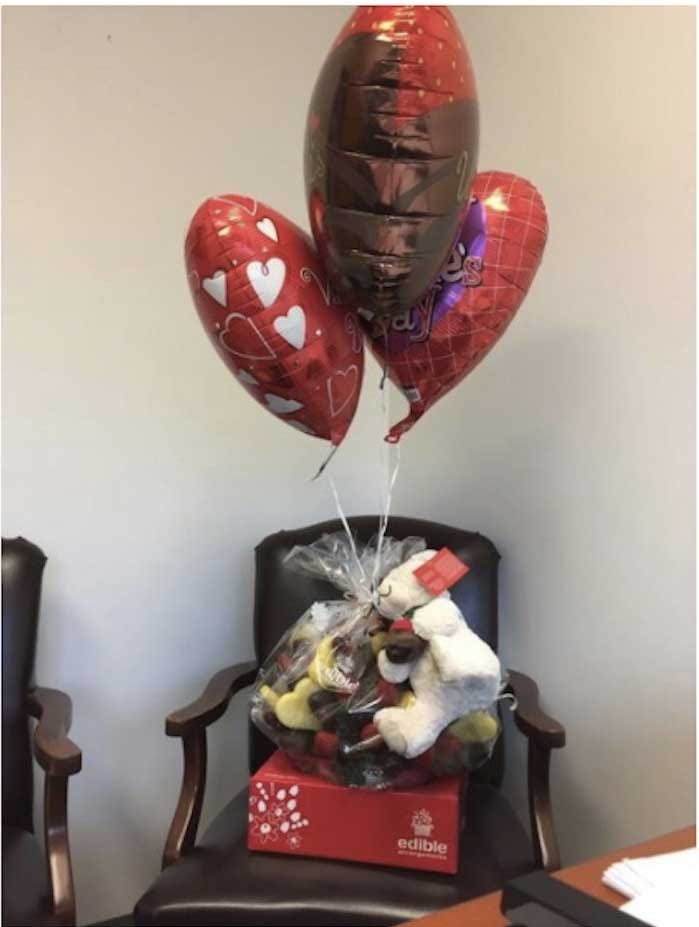 Ah the theme of the week: Shooters Shoot. Sometimes it’s DMing a Sports Illustrated Swimsuit model the second her high heel touches the elevator floor, sometimes it’s burying a chick in texts and giant flower deliveries within 10 texts of chatting with her. Maybe one of those situations could have panned out if not for an overly enthusiastic man on tippy toes at a red carpet but, sadly, it’s not this dude’s: 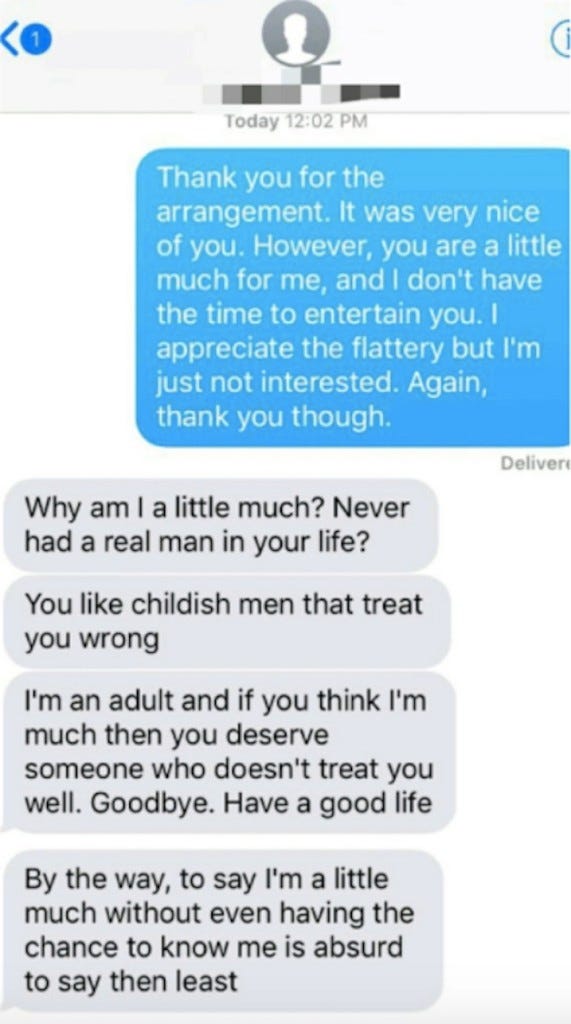 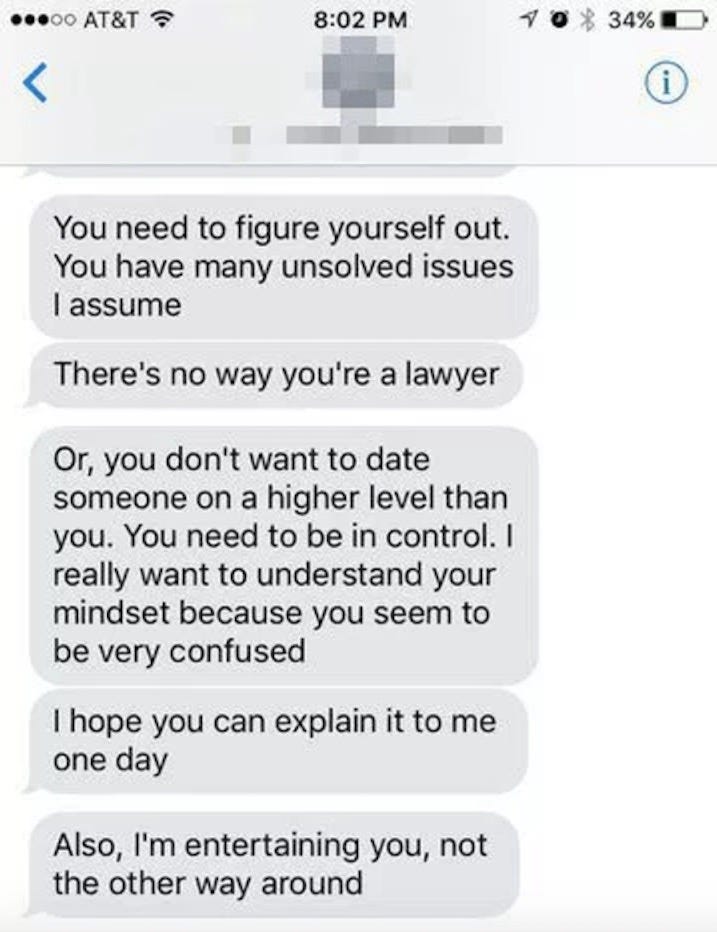 So obviously the big misstep here is burying her in a flower and teddy bear delivery without her doing a single thing; being thoughtful and generous is great but only if she’s earned it. If she’s a world beater and is lighting your world on fire after a weekend together where you both had amazing vibes, great, send her flowers and make her feel like the most special gal. But if all she did is send you a reply to your needy intro text, you’re swimming upstream my friend and with no chance of getting laid there like salmon do. Women love being treated special, love hearing how great they are and rubbing other people’s faces in it with flowers or bears or whatever. But only if they know you and like you and feel like it’s a situation that makes sense. You being this dude and doing something like this…not only are you coming off desperate, you’re doing something that tens of dudes in her past haven’t done when she probably deserved it 1000x more, dudes who treated her like shit when she was gold. So not only are you desperate, you’re pulling at the delicate Jenga board that is female confidence. That’s a losing proposition all around.

And pairing it with a little tantrum when she didn’t immediately send a pic of her sopping wet panties in response…surefire recipe for a no-fly zone. You can’t question her being a lawyer for acting “less like an adult” when you’re throwing a hissy fit and burying her in twenty texts in a row. That’s called hypocrisy my friend and frankly I question your legal degree too.