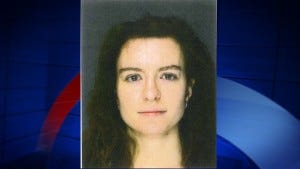 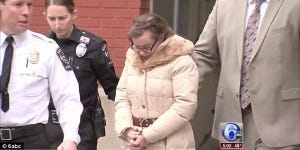 Pennsylvania – Police on suburban Philadelphia’s Main Line revealed details Wednesday about a teacher at a school for troubled youth facing charges of repeatedly sexually assaulting a juvenile student she allegedly considered “her girlfriend.”

The sexual encounters between Scott and a female student took place from February 2016 to October 2016 on school property, at public parks in Philadelphia while the girl was on home leave and at Scott’s home, said police. …

During a routine search at another facility in the state, love letters from the teacher to the student and the student’s journal gave details of the encounters, said police. In the letters signed “Pretty,” Scott refers to the girl as “her girlfriend,” … refers to her toddler as “their” daughter and refers to her bed as “our bed.” …

Scott also admitted to seeing the girl naked in the classroom and in a Philadelphia park. … Investigators talked to the girl again, who at that time admitted to making the first move on Scott after passing a note to her in class asking if she could kiss Scott.

I never know what to do with these particular stories. There’s not a stauncher advocate for the Double Standard than me. Male teachers who go after students are monsters, and deserve a Jerry Sandusky-like fate in all cases. Female teachers who seduce their male students are national treasures. But it’s in case like Nina Scott’s that I run into the classic Sex Scandal Teacher Lesbian Conundrum:

Teachers who bang their students are hot. Lesbians are hot. But are teachers who go lesbian with their students hot or not? I have no problem treating the adults differently based on gender. Should the same apply to the students? I mean, is this girl who passed Nina a note saying she wanted to make out with her and eventually ended up naked in the park with her a “victim” any more than she’d be if she had a penis? Or am I just disrespecting her ability to make her own choices. It really is the great moral question of our times. She definitely would be if Nina had a penis. It’s a dilemma. 50 shades of gray area.

I’ve written about teachers like Ms. Scott before, and I never felt completely committed to it. I guess I’ll just take a philosophical cop out of saying I don’t judge. I only grade.

The Grades:
Looks: I love this little firecracker. That confident smirk. The look in her eye that belies an early onset of MILFiness. I wish the cops gave us a better look at her in glasses. But still, she can call me her girlfriend any time.
Grade: A-

Moral Compass/Bad Judgment: They don’t come much crazier, that’s for sure. I’ve given top grades to teachers who actually got pregnant from their student boyfriends, but what do I do about one who fake calls her student girlfriend the mother of her 2-year-old? It’s that same dilemma I don’t know how to handle. So I’ll split the figurative baby.
Grade: C

Intangibles: Unofficially, “Student at a home for troubled girls has steamy hook ups with her female teacher” was the synopsis of 92% of 1990s late night Cinemax movies.
Grade: B