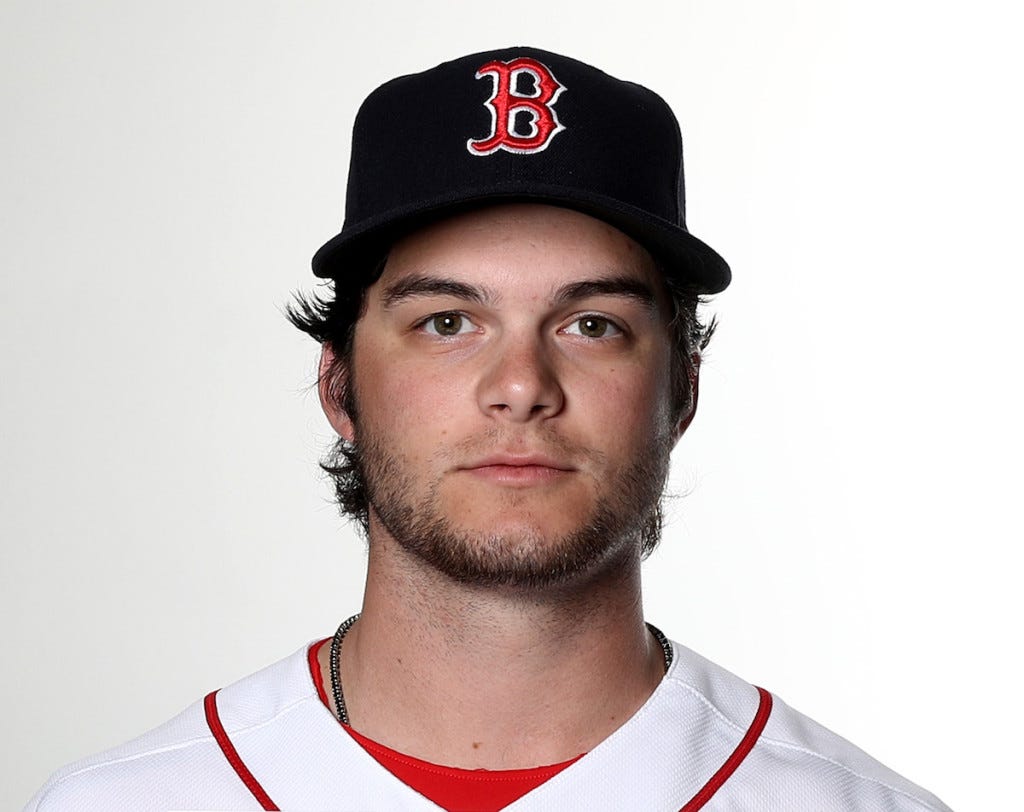 (MassLive.com) — FORT MYERS, Fla. — Andrew Benintendi and Brian Johnson went out to lunch together Friday and Benintendi delivered a simple message: I’m going to face you. I’m taking you deep.

“Oh, yeah, he told me he was going to,” Johnson told MassLive.com here at the JetBlue Park complex Sunday. The left-handed hitting Benintendi and the left-handed throwing Johnson already knew they would be facing each other here Sunday in live batting practice when they went to lunch. Johnson had a quick-witted response. “I was like, ‘Well, what if I put it in your back?’ joking around with him,” Johnson said. “He knows I’m not going to do that.”

Benintendi won. He homered to right field on the first swing: “He did it,” Johnson said. “And he top-spun it, too. That’s the best part. … I looked at him. And we both started laughing.

This cocky motherfucker. Andrew Benintendi AKA Benny Biceps put on 15-20 pounds over the offseason, and apparently it’s noticeable, because you’ve got my boy Lou Merloni down in Ft. Myers saying that Benintendi is now low key thicc. After what we saw from him in 2016, it was pretty clear that we were witnessing a Red Sox prospect who was very much ready for major league competition, despite being drafted just the summer before, and skipping the Triple-A level altogether. Red Sox fans weren’t the only ones who noticed that Benintendi is the real deal, because he was named the No. 1 prospect in baseball heading into 2017. How are things going so far for Bentintendi in his first spring training camp as a full-time major league player at the age of 22? Ask Brian Johnson.

AND HE’S NOT EVEN THE BEST PLAYER IN THE RED SOX OUTFIELD!! GET EXCITED!! APRIL 3!! OPENING DAY IN 42 DAYS!! WORLD SERIES!! WE COMIN FOR THAT ASS!!